Lukaku looked spun and finished ruthlessly to finishing off a pint-point passing Belgian move against France on Thursday, though Kylian Mbappe and Co moved into the final with a 3-2 win.

The heavyweight finisher played the full 90 minutes while Hazard was substituted off after 74, but both men are now flying back to their clubs with injuries. 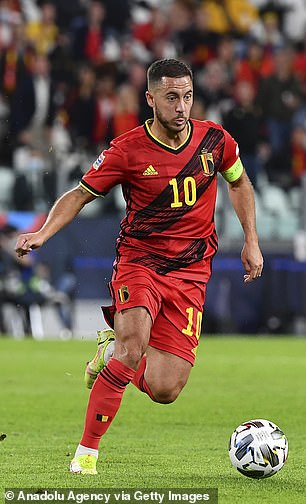 Roberto Martinez revealed the players’ absence from his squad:’Romelu Lukaku is suffering from muscle fatigue, same as Eden Hazard.’

‘They’re not in best conditions to play. They’re leaving the national team camp due to these problems – I don’t know how long it will take.’

The new will cause concerns for Chelsea and Real Madrid, with both men playing key roles so far this season.

Lukaku has become the focal point of the Blues’ attack after his big-money move this season, though his early form has slipped and the striker is without a goal in five games. 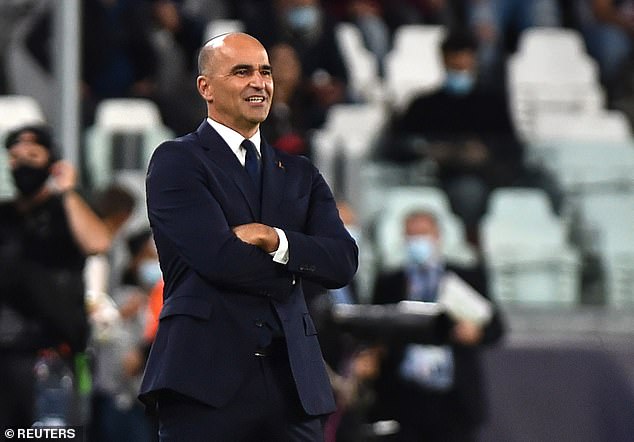 Hazard has made four starts in LaLiga for Madrid, but with the stuttering former Premier League Player of the Year still without a goal and only a single assist, Carlo Ancelotti has began relegating him to the substitute’s bench.

The Blues face west-London neighbours Brentford when the Premier League resumes next Saturday, and Thomas Tuchel will be desperate to have the Chelsea No.9 back in time.

Tuchel will be relieved when Timo Werner finally bagged his first goal of the season against Southampton, and if Lukaku is absent it could be a prime opportunity for the German to step up.