‘We don’t know the extent yet, that’s the one disappointing thing about the evening’: Graham Potter’s Chelsea await an update after their new £70 million signing Wesley Fofana injured his knee in their 3-0 Champions League win over AC Milan

Chelsea are facing an anxious wait to discover the extent of a knee injury sustained by marquee summer signing Wesley Fofana in last night’s win over AC Milan.

The £70million capture, who opened his account for Chelsea against the Italians, left Stamford Bridge on crutches raising concern that the defender could have suffered a serious knee injury in the win over AC Milan.

Fofana jarred his knee in the first half and was immediately substituted in place of Trevoh Chalobah. The injury will be assessed by Chelsea medics today.

Blues boss Graham Potter, who heaped praise on Reece James after the right-back’s latest sterling performance, admitted he was ‘concerned’ by the injury suffered by Fofana.

‘We don’t know the extent yet, that’s the one disappointing thing about the evening.

‘We need to scan and fingers crossed. I wouldn’t want to speculate on it now but we’re concerned and we just need to wait until tomorrow and get it scanned and hope for the best.

‘These things happen. He’s a young guy, he’s a strong guy, we’ll help him and support him. 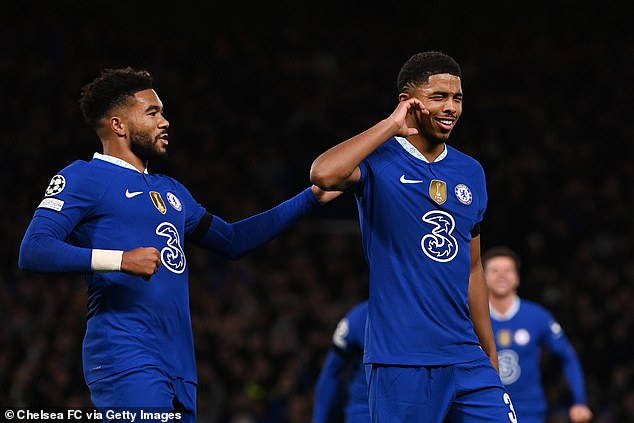 Meanwhile, James scored and made another as Chelsea ran out comfortable winners.

When asked if James is the best right-back in the world at the moment, Potter responded: ‘I haven’t watched that much to give you that answer but all I know is we love him, he’s so important for us. 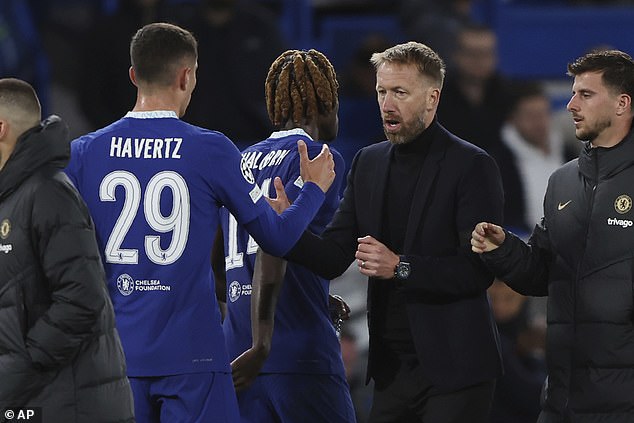 ‘But for that to happen he has to be part of a successful team and that is what we are working towards.

‘I think Reece is just a fantastic player. He’s a young player, so he’s developing all the time and he’ll get better and better as we go. I’ve really enjoyed working with him. He’s got a lot to offer. He can play any game in the world. He’s just tremendous.’

Pierre-Emerick Aubameyang, who previously played for Milan, added: ‘It was not an easy game. They played well in the first half. 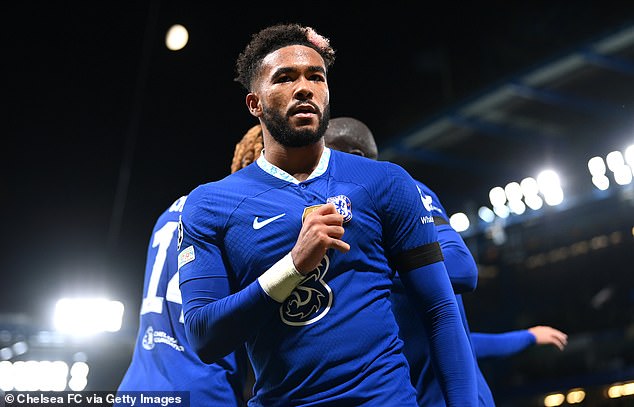 ‘Then we kept the intensity really high. We were confident.

‘I’m feeling good at Chelsea, I was very welcomed by all the players and staff. It was a bit strange to play against them [Milan] after a lot of years but that’s football.

The first goal was really important. It gave us strength and confidence to play the game. We knew what we had to do against Milan. They have great strikers as well.’