Chelsea boss Antonio Conte must focus on his current squad

Antonio Conte has outlined his job at Chelsea is to worry about the players he has at his disposal – not the ones who may or may not be brought in by the club.

It comes after the Italian insisted that the board look after all of the transfer decisions and that he has very little say in the recruitment side of things.

Following Chelsea’s Carabao Cup semi-final loss to Arsenal, Conte aimed a dig at those in charge by claiming they were behind every single transfer.

Conte was asked about the January transfer situation and said: ‘The club will confirm if there is news. I will be very happy to continue to work with my players.

‘I will be very happy if there are some players.

‘I think it’s right (this set-up). It’s right to have this type of situation. I’m repeating always the same things that I am the coach and my main task is to try to do the best for this club. To try to improve my players for this club.

‘As I said before the transfer market, there is the club to speak about this. If there is news they will tell you about the news.’ 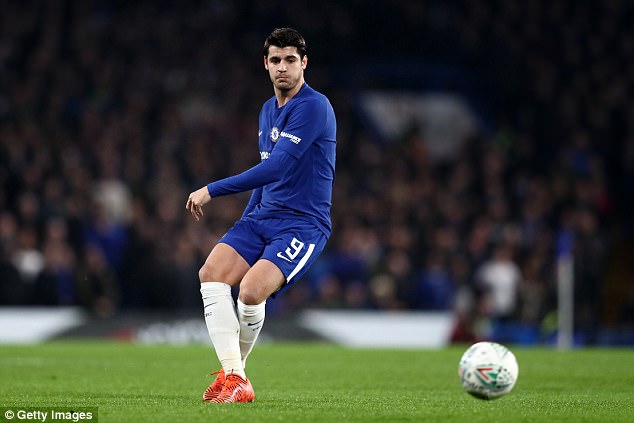 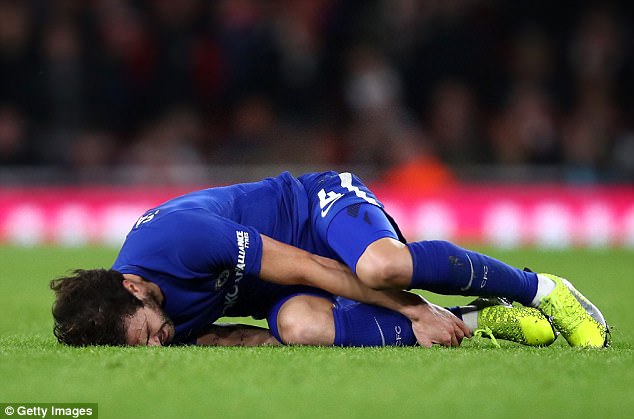 Conte also revealed that striker Alvaro Morata and goalkeeper Thibaut Courtois will both miss the FA Cup clash with Newcastle on Sunday.

However, midfield maestro Cesc Fabregas should be fit to play at Stamford Bridge.

‘Morata and Courtois are out,’ added the Italian. ‘I don’t know (how long). It is very difficult to tell today how many days they need to come back.

‘Morata has a problem in his back and Courtois took a kick in his leg. Fabregas trained today with us and tomorrow I will check his physical condition. This is good news for us.’