Antonio Conte accused his Chelsea team of lacking ‘hunger’ and ‘desire’ and trading on their name after watching them crushed 3-0 in Rome.

‘If we think because our name is Chelsea and the opponents fear the name Chelsea, this is not the right way,’ fumed Conte. ‘We have to find the hunger we showed all last season and, this season, only sometimes.

‘This season has been up and down. If you are a great team, you must have stability, you must have consistency. At this moment we are struggling a lot to find this type of balance.’

Roma were a goal up inside a minute and two up at half-time but it was the performance after the interval which really infuriated the Chelsea manager ahead of Sunday’s clash with Manchester United.

‘In the first-half we were unlucky, it was unfair,’ said Conte. ‘The second-half was really bad. Roma showed more desire to be first and win the game. There is greater disappointment for our second-half. I didn’t see positive things.

‘When you concede three goals you need to be worried because it means something doesn’t work. 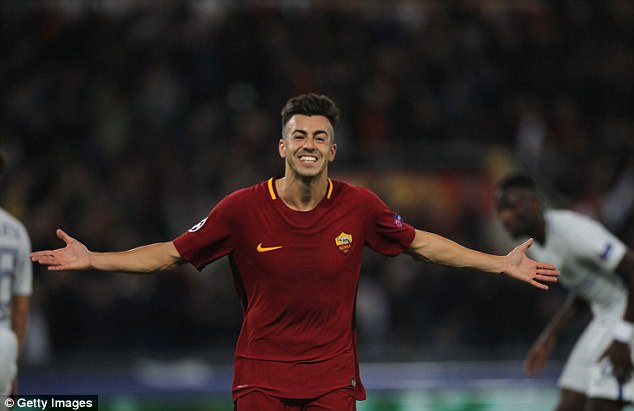 ‘It’s very difficult to tell what this is but for sure we have analyse the game and we need to work on the tactical aspect.

‘We all have to take the responsibility. We have to work together. We have to have the will and to dig deep. My task is to try to find the best solution.’

Goalkeeper Thibaut Courtois, who made some terrific saves to keep the score down, echoed his manager’s thoughts.

‘In the second-half, we dropped our fighting spirit and mentality and that cannot happen,’ said Courtois. ‘We have to fight back on Sunday and show that this was an off-day. 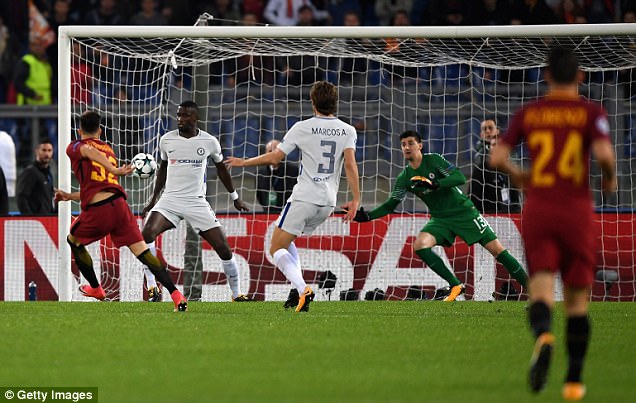 ‘It’s hard to say what the problem is. Last season in every game I had nothing to do, sometimes one or two saves, sometimes four or five saves against Man United or City.

‘We have to react Sunday because this was a bad image of ourselves and we don’t want it to happen again.’ 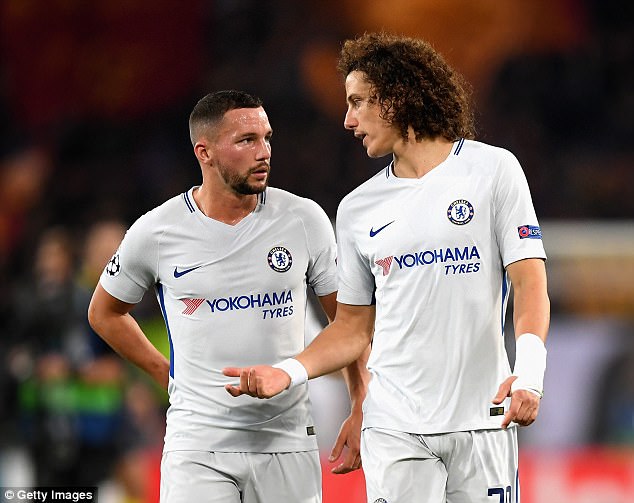