Mount laid on the first of Kai Havertz’s brace as Chelsea eased past Fulham 2-0 at Stamford Bridge to cement fourth place in the Premier League table.

Havertz starred in the false nine role in doubling his league tally for the campaign, while Mount produced just the latest in a string of top-level showings. 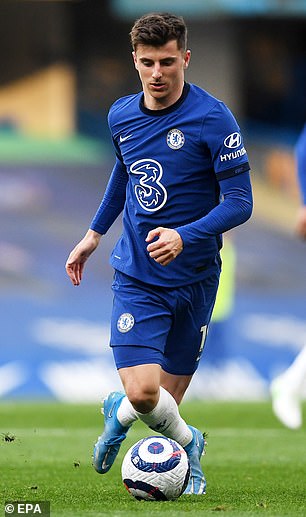 Tuchel omitted Mount from his first game at the Chelsea helm as the Blues battled to a goalless draw with Wolves on January 21, but the academy graduate has steadily won over his new boss since that day – and then some.

‘He has the full package, mentally, in terms of talent and physically,’ said Tuchel.

‘And the most important part is his character, he has his feet on the ground and he’s a nice guy.

‘He comes to Cobham every day to learn something new and have new experiences.

‘He is the guy who can recover very fast, he’s a very physical player and is fully adapted to Premier League football.

‘He has big self confidence in a very, very positive way. It’s a pleasure to have him, be at his side and guide him and support him.

‘It’s impressive, he’s not affected by all the praise. This is maybe the most important part.

‘He seems to be a guy who likes the sport, and feels an obligation to make the most out of it. And he wants it absolutely badly, so it’s a top mix.’ 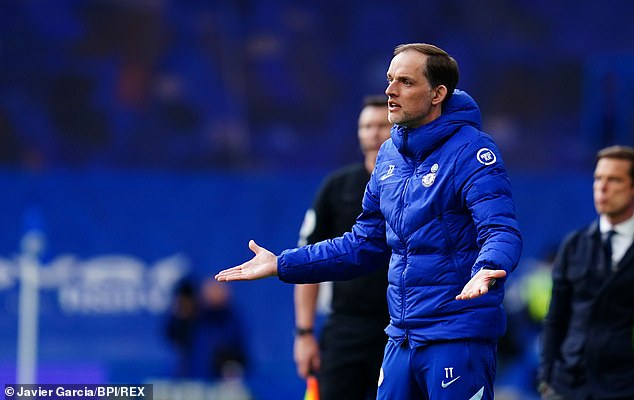 Mount took a bang to his back and was replaced late on as Chelsea racked up an 18th clean sheet under Tuchel at Stamford Bridge.

The Blues boss insisted the in-form forward should not be a doubt for Wednesday’s Champions League semi-final second leg against Real Madrid however.

Asked if Mount had picked up any kind of injury issue, Tuchel said: ‘I hope not, it was my decision, there was not any doctor or physio who told me to take him off.

‘But I saw him landing hard and it was the moment when we wanted to take him off anyway.

‘I saw him holding his back slightly, so we didn’t want to take any risks but I have no other information on that.’ 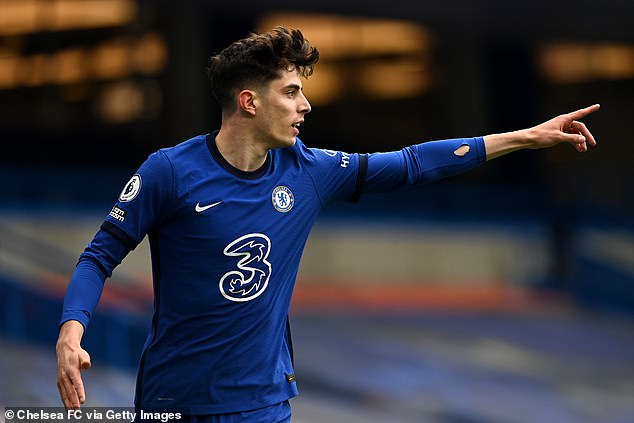 Chelsea negotiated their tricky Fulham tie in style, especially with the clash falling between their two-legged clash with European giants Madrid.

Tuchel laid big plaudits at the feet of the players he had sent into the battle, admitting it was a big test to confine their focus to this clash.

‘This is the perfect match and the boys get a lot of credit from the coach for this,’ said Tuchel.

‘You can get easily confused between two big matches like this. So it was absolutely necessary that we prepared the match with full focus.

‘It was important that we invested fully physically and mentally. That’s why the team gets full credit, it was a big win and we can arrive with a clear mind with nothing to regret or think about ahead of Wednesday.’