‘Maybe it was after the draw to Wolves!’ Thomas Tuchel jokes about Ralf Rangnick’s claims he was approached by Chelsea in February… which was AFTER Tuchel began with a goalless home draw

Thomas Tuchel joked his bosses must have panicked following his opening 0-0 draw with Wolverhampton Wanderers after Ralf Rangnick made a mix-up at his unveiling.

Rangnick claimed he was offered the Chelsea job in February, but Tuchel would have already been in charge after his appointed as Blues boss in January.

Tuchel oversaw a goalless draw at home against Wolves in his first game in charge and said at his press conference on Friday: ‘Maybe the bosses saw the draw against Wolverhampton! “He does not know what he’s doing so let’s bring Ralf in for four months”. 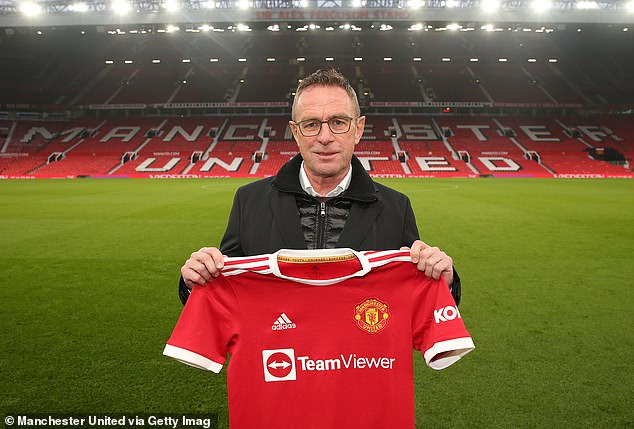 ‘He must have the dates wrong – hopefully, let’s say hopefully! It’s a nice job to have in world football to be the coach of Chelsea.

‘If you get the phone call, you should be aware you’re not the only one. Now I’m here and I’m happy.’

Tuchel is an admirer of Rangnick and said he had no advice for his compatriot on his arrival into a new league, saying he did not need it.

Meanwhile, Mateo Kovacic, N’Golo Kante, Ben Chilwell and Trevor Chaloba​h remain out for Chelsea as they head to West Ham. 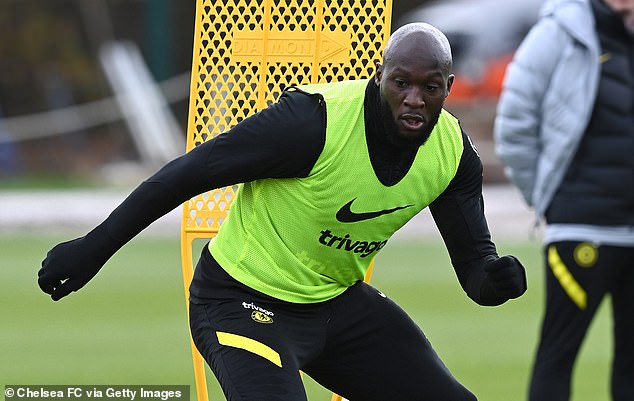 Tuchel – who added that Romelu Lukaku is ‘eager to start’ on Saturday – says it will be a great challenge for them to remain top of the Premier League against a ‘passionate’ team.

‘They were almost in the top four last season, fighting the whole season for these places,’ Tuchel said. ‘A very good team and very good coach. It’s always a joy to watch their games because they play with energy and positivity.

‘They play as a team and they do what they do good. It’s a tough match. But it’s also tough to play against us. So it will be exciting on Sunday. We need to be at our top level.’