Thomas Tuchel insists he did not use a social media video of Daniel Amartey throwing the Chelsea pennant as motivation for the Blues’ 2-1 Premier League win over Leicester.

The Foxes are understood to have apologised for Amartey’s actions with the Chelsea pennant, but the two teams clashed repeatedly in the closing stages of Tuesday’s Premier League encounter.

Amartey, an unused substitute, was booked for his part in the altercations, with Chelsea players including Antonio Rudiger, Edouard Mendy and Thiago Silva all in the thick of an extended melee.

Tuchel insisted, however, he had not even discussed the pennant issue with his squad. 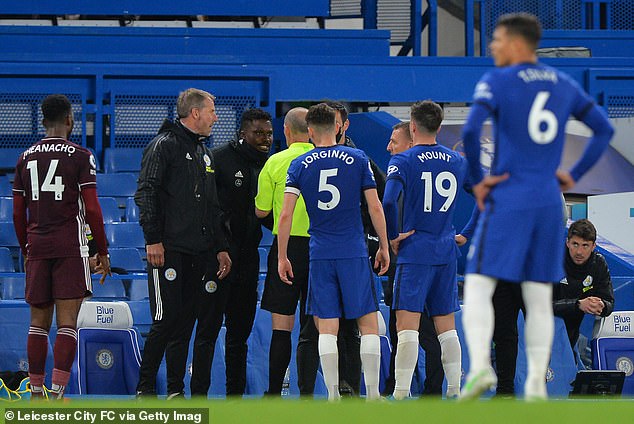 ‘The players were well aware. But I’m not into these things too much, because it can sometimes give you too much energy and feelings of revenge. I don’t like this at all.

‘We do what we do and that’s to play football on the highest level possible. 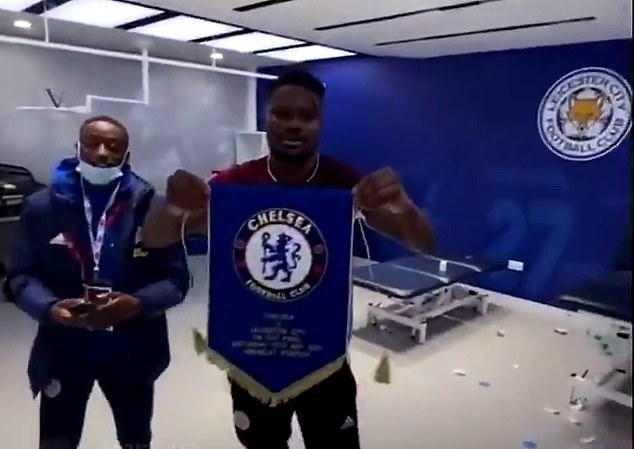 ‘We need energy and hunger and that makes us a difficult team to play. And there’s nothing more I can say about it.’

Leicester boss Brendan Rodgers insisted the officials handled the situation perfectly on Tuesday at Stamford Bridge, and that none of the players overstepped the mark.

‘It was two sets of players in a competitive situation, and that’s what happens obviously when you have two games in quick succession and we’re fighting for the points like they are,’ said Rodgers.

‘The referees and the officials dealt with it well, so it’s okay.’