Chelsea Clinton and husband Marc jet out without kids

Chelsea Clinton, 37, and her husband of seven and a half years Marc Mezvinksky, 40, jetted out of New York City Thursday night without their two children.

The former first daughter and her ex-hedge funder husband took off from JFK airport, using the special check in area of American Airlines reserved for First Class passengers.

Chelsea was all smiles as she walked ahead of her Philadelphia-native husband, who wore a baseball cap for the Philadelphia Eagles recent Super Bowl victory. 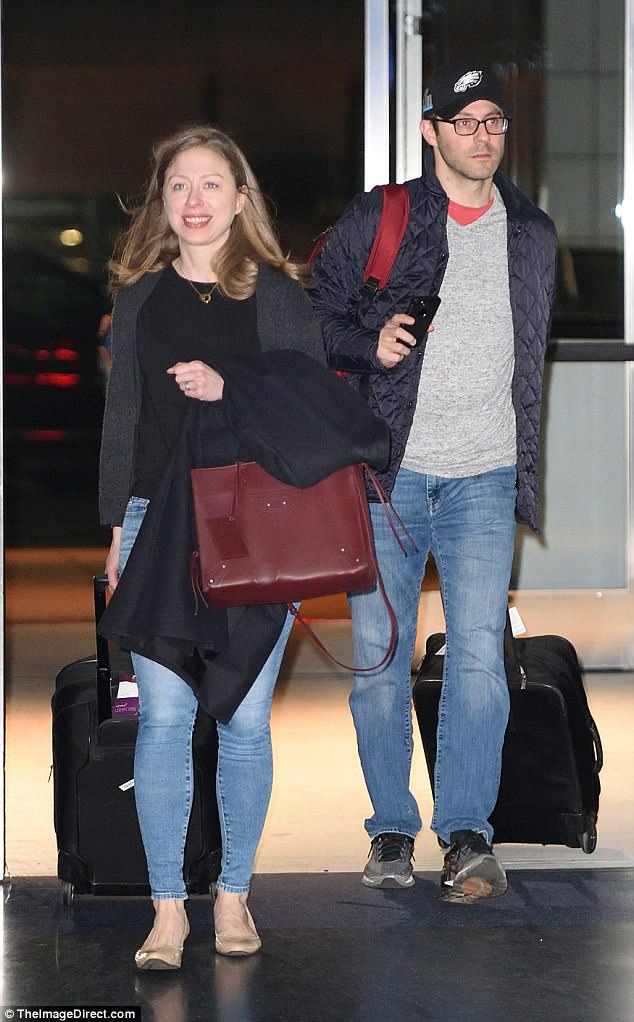 The pair made the getaway without their two children. Clinton turns 38 next week

The pair both dressed down in jeans and pulled black carry-on roller bags, with Chelsea sporting a black T-shirt, grey cardigan and nude pumps with her denim pants, while Marc opted for a quilted navy jacket.

Chelsea appeared to go makeup-free for the excursion, but carried a red Balenciaga tote back over her arm, as well as a black jacket.

No word if the parents of Charlotte, three, and Aidan, one, were celebrating a late Valentine’s getaway or an early birthday.

The getaway has no doubt come at the perfect time for Chelsea, who has been busy campaigning for harsher gun control laws on social media in the wake of the horrific Florida high school shooting which saw 17 people shot dead. 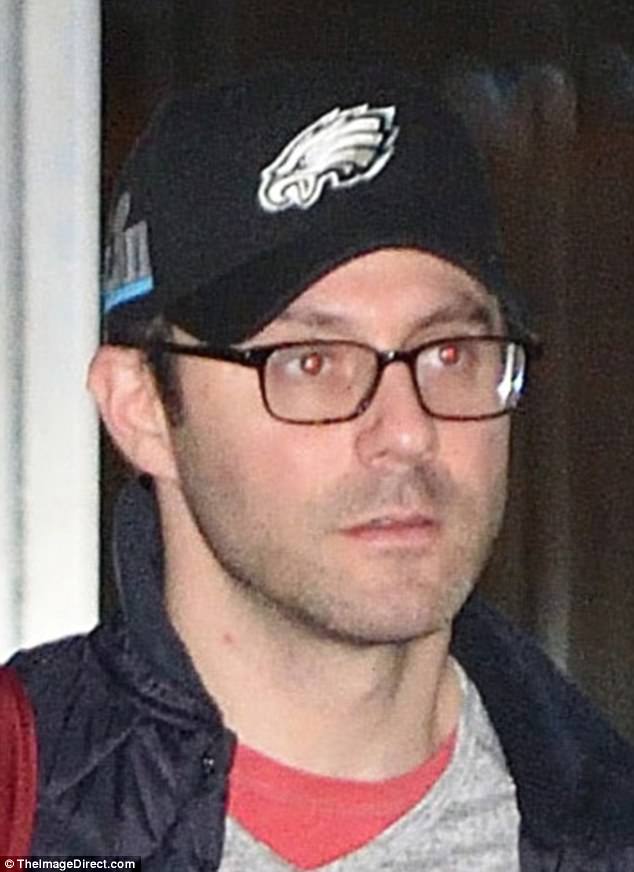 The Philadelphia native wore a hat for the Eagles Super Bowl win. On the side is the Superbowl LII patch in silver and light blue

After staying silent on social media on the day of the shooting – which took place on Valentine’s Day – Chelsea returned to Twitter the following day to begin sharing dozens of retweeted posts discussing the need for legislation surrounding gun possession and purchase.

She even took the time to respond to one particularly vitriolic message sent to her by a user tweeting under the name ‘metal rules’.

‘Jumping on gun laws again… f*** me… the bodies aren’t even cold yet… you f***ing witch…’ the person wrote, prompting Chelsea to quick fire back with a passionate response.

‘Hi Metal – if I had a magic wand to bring back the precious lives lost in #Parkland and every other shooting, I’d use it,’ she wrote.

‘Since I’m not a witch, despite your assertion to the contrary, I will keep advocating for what we know works to prevent gun violence. Have a blessed day.’