Chelsea ‘close in on Jules Kounde as Blues agree £42.7m fee with Sevilla for French defender’, with Thomas Tuchel moving a step closer to landing his top defensive target

Chelsea have reportedly made a breakthrough in their bid to land Jules Kounde as Blues boss Thomas Tuchel takes a step closer to finally landing his top defensive target.

The European champions have been heavily linked with a move for the French defender all summer, as Tuchel looks to bolster his defensive ranks as the West Londoners attempt to dethrone Man City as English champions.

On Wednesday, reports had emerged that negotiations between Chelsea and the Spaniards had hit a stumbling block, with the two clubs some way apart in their valuations of the 22-year-old.

Chelsea have reportedly reached a £42.7m agreement to buy Jules Kounde from Sevilla 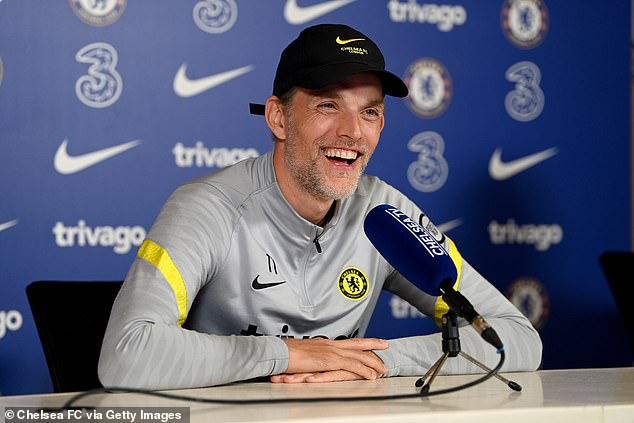 However, Gianluca Di Marzio reports that a deal worth €50million (£42.7m) is ‘almost done’ in a huge boost for the Blues.

The latest developments follows from an update provided by Fabrizio Romano, in which the English side ‘wanted to proceed with the final official bid to complete the deal’.

It has been widely reported that Kounde’s switch to Stamford Bridge relies on the sale of Kurt Zouma, with the Blues defender appearing close to a £25m move across London to West Ham.

The Hammers have encountered a number of stumbling blocks in their pursuit of the 26-year-old, namely his wage demands of over £100,000-per-week, while Football London reports that the role of ‘multiple agents’ in negotiations has added complications to the deal.

However. the Blues are understood to need to sell Kurt Zouma (R) before landing Kounde (L) 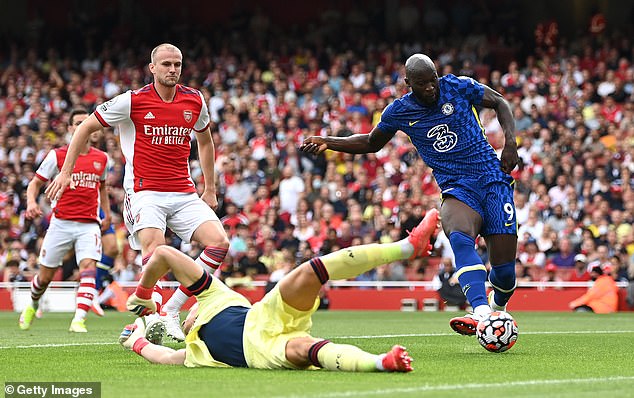 Kounde’s arrival would follow on from Romelu Lukaku, who signed for £98m earlier this month

Despite this, there is optimism that Zouma will be a West Ham player before the window shuts, freeing up a space for Kounde in West London.

Kounde’s arrival would round off a fantastic window for Tuchel. While Chelsea have not brought in a host of fresh faces, Romelu Lukaku’s £98m return from Inter has provided Tuchel with the elite goalscorer he has long desired, while Kounde is one of the most promising central defenders in European football.

The 22-year-old has been a stalwart in Julen Lopetegui’s defence for some time, making 91 appearances for Sevilla since switching from Bordeaux.

He was also included in Didier Deschamps’s squad for Euro 2020 this summer, in which France made a shock exit to Switzerland in the last-16.