Lampard spent his final season in English football at the Etihad Stadium, with the club marking on Twitter a goal on his final appearance four years ago.

But it was at Chelsea that Lampard made his name over a 13-year spell at Stamford Bridge that yielded three league titles and a Champions League. 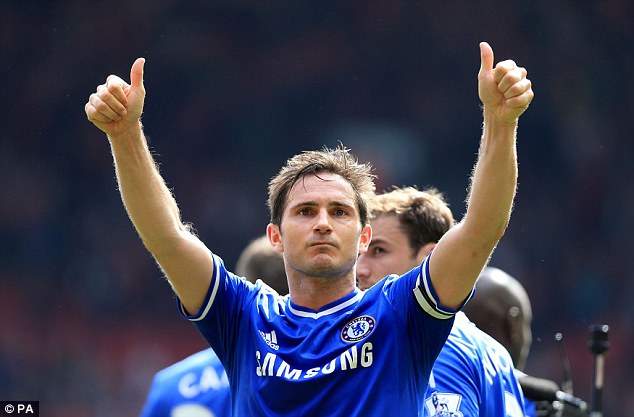 On this day in 2015 Lampard captained City in his last game and scored in a 2-0 win over Southampton.

It prompted City to tweet a video of the goal with the caption: ‘A farewell goal for Frank Lampard. City legend’.

It prompted fury from Blues fans, who have taken ownership of the former England midfielder.

‘He ain’t your legend’ blasted one fan. Another tweeted: ‘Haha! Next joke please!’