Chelsea forward Timo Werner ‘is on the verge of a sensational return to RB Leipzig, with an agreement over a loan-to-buy deal expected in the next week’ as his miserable Stamford Bridge spell is set to come to an end

Timo Werner’s disappointing spell at Chelsea appears to be almost over as RB Leipzig are reportedly close to re-signing the forward.

The Blues paid £47.5million for Werner two years ago, but he has struggled to live up to expectations at Stamford Bridge.

After scoring 34 goals in 45 matches in his final season at Leipzig, Werner has only found the net on 23 occasions in 89 games across two campaigns for Chelsea.

According to Sky Sports Germany reporter Florian Plettenberg, the 26-year-old is now on the verge of a return to the Bundesliga club following ‘positive developments’ in recent days.

Plettenberg added that a loan deal with the option to buy is expected to be agreed in the next week.

Juventus had also shortlisted Werner as a transfer target, while Newcastle were keen earlier in the summer but their interest has since faded. 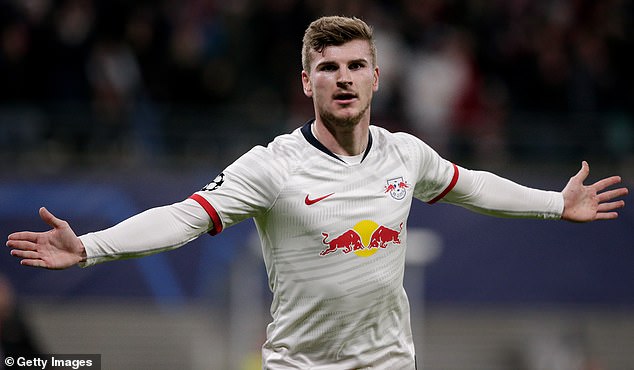 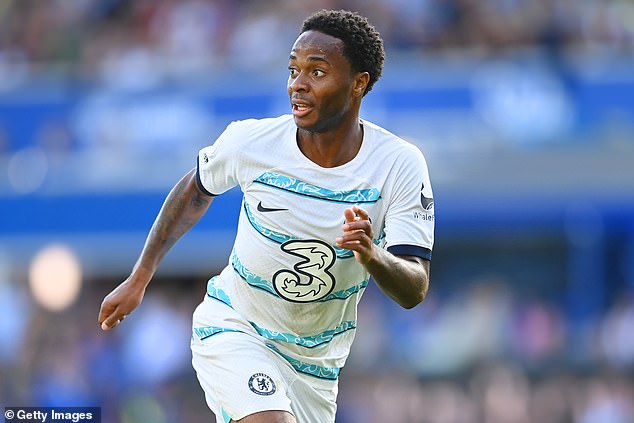 The forward’s future has been up in the air since the end of last season, while the £50million arrival of Raheem Sterling raised further questions about his playing opportunities.

Werner is currently recovering from an injury and played no part in Chelsea’s 1-0 win over Everton in the Premier League on Saturday.

But speaking on the Blues’ pre-season tour of the United States, he hinted that his future may lie away from London. 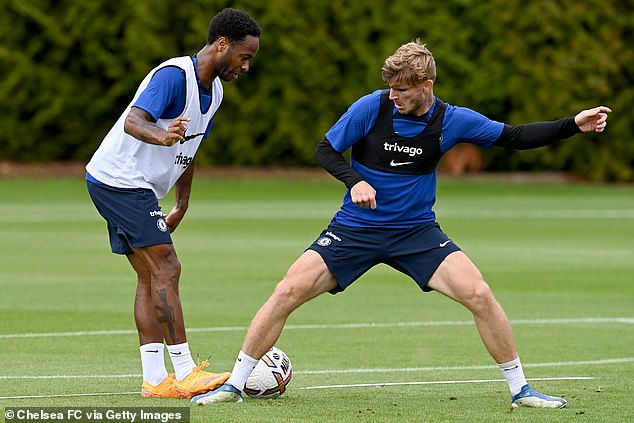 ‘It is clear I want to play more and I should play more to first be in good shape for the World Cup and also, to have a chance to play at the World Cup,’ Werner said.

‘I think it doesn’t change anything whether it is a winter world cup or in the summer. I think if I play half or the season or the whole season, I should play.

‘The most important thing is that I am happy. I am happy when I play and score goals. That’s the fact. That’s what I should take care of and the other things will come.’

When quizzed over whether could find that happiness at Chelsea he responded sharply: ‘I could be happy everywhere.’