Handler, 46, captioned the shot, ‘Backstage,’ as she had her blonde locks parted while clad in a dark top with floral patterns.

She wore hoop earrings and smiled alongside Koy, 50, who was clad in a red and black flannel.

The latest: Chelsea Handler, 46, shared a romantic selfie with her boyfriend Jo Koy, 50, on Instagram Tuesday

Handler opened up about how joyous she is about the romance with the comedian on the social media site Sunday, as she said she was appreciative of a partner who complemented her so well, personality-wise.

‘Do you know how hot it is to have a man be turned on by my honesty, strength, and confidence?’ Handler said. ‘Someone who loves the fact that I’m not going to take anyone’s s*** and isn’t intimidated or emasculated by my fierceness? Jo has renewed my faith in men.’

Handler advised more than 4.2 million followers not to drop their standards in a relationship.

‘For everyone who is still looking for their person, do not adjust who you are or make yourself smaller to find them,’ Handler said. ‘Be patient and never settle for anything less than you deserve. 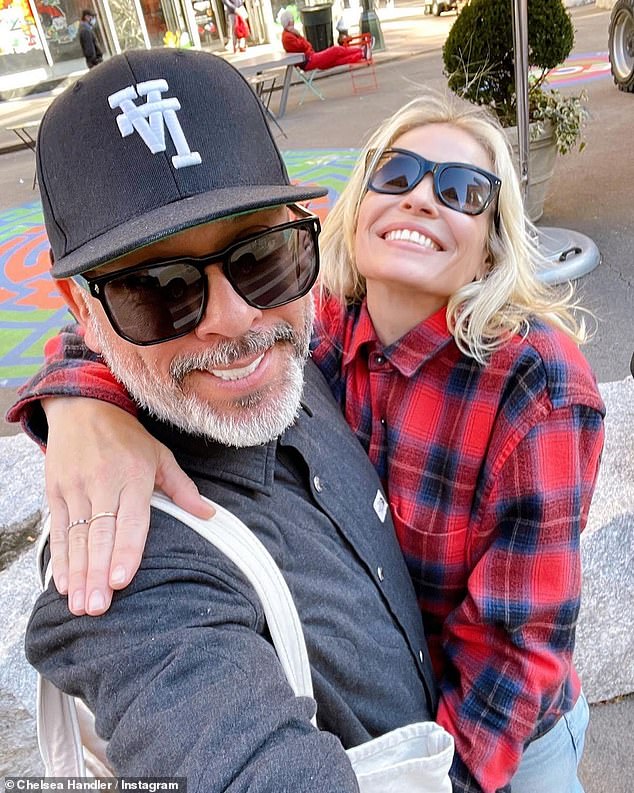 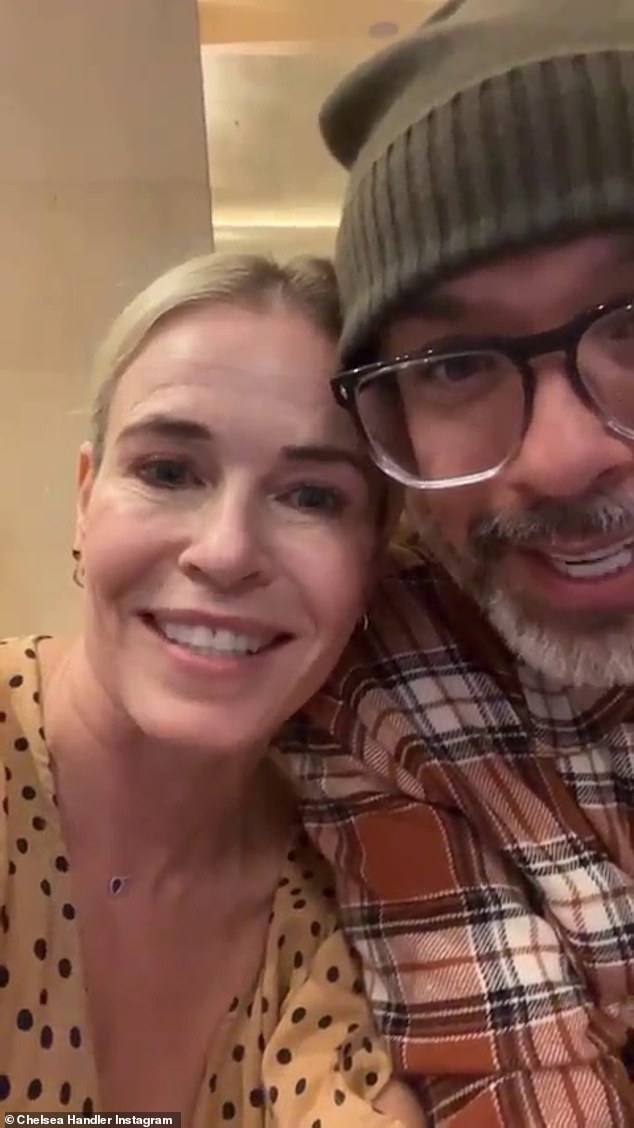 The comic said she was appreciative of a partner who complemented her so well, personality-wise

‘Your person is coming and sometimes – they’ve been standing in front of you the whole time.’

The couple has been linked since September when they looked cozy while taking in a Los Angeles Dodgers game.

Last month on her podcast Dear Chelsea, she opened up to Koy about how her feelings for him had developed.

They had previously worked together on her E! show Chelsea Lately and began communicating regularly during the pandemic.