Former Chelsea midfielder Frank Lampard believes Antonio Conte should put his faith in Alvaro Morata and select him to start in their Champions League last 16 showdown against Barcelona.

The Blues travel to Catalonia to take on Barcelona on Wednesday evening with the tie evenly balanced after a 1-1 draw at Stamford Bridge, and Conte has something of a selection headache ahead of the game.

With Olivier Giroud pushing to start and Eden Hazard taking up a ‘false nine’ role in recent weeks, Conte could go with one of several options at the Nou Camp. For Lampard, starting Morata despite his indifferent form is the right one to take.

Writing in his column for the Evening Standard, Lampard explained: ‘It is for big occasions like this that Chelsea bought Morata from Real Madrid for £58m last summer in the first place.

‘I would certainly consider picking Morata to lead the line with Eden Hazard and Willian behind. Morata can provide a target for Chelsea players to aim at and someone who can run in behind.

‘He can do that job more naturally than Hazard, who without the responsibility of playing up front can get more involved in the game himself.

‘What Fernando Torres did in 2012 shows what a recognised striker can give you against Barcelona. There is that opportunity to play balls over the top to get out.’ 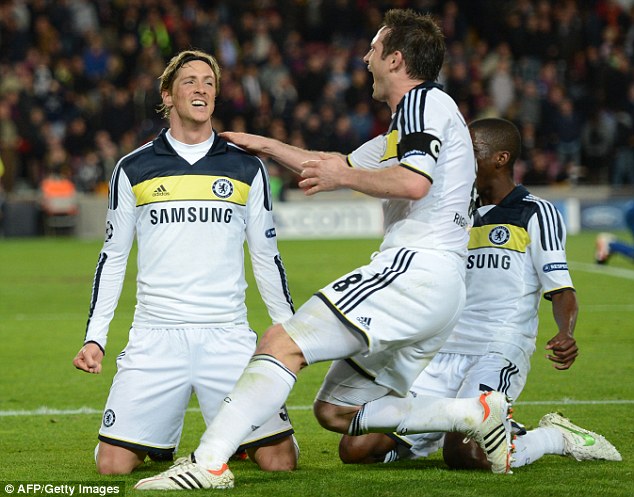 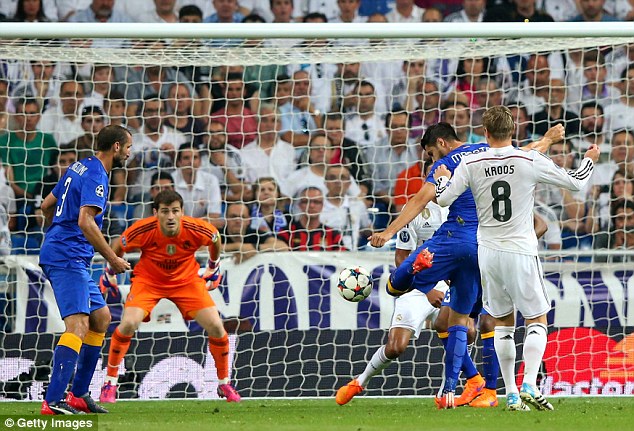 Torres was the hero for Chelsea at the Nou Camp as he scored a last-minute goal to put them 3-2 ahead on aggregate and send them to the Champions League final, which they went on to win on penalties against Bayern Munich.

Morata also has a fine record in Champions League semi-finals and fired Juventus into the 2015 final by scoring a goal in each leg against his former club Real Madrid. He also scored in the final only for Barcelona to eventually win the tie 3-1.

But the Spaniard has not scored since Boxing Day, failing to find the back of the net in any of his last 12 appearances for the Premier League champions. Meanwhile, Giroud impressed last weekend against Crystal Palace despite not scoring.