Frank Lampard is facing an injury crisis ahead of his most pivotal week since returning to Chelsea.

The Blues face Tottenham on Saturday in a game that will prove crucial in the race for the top-four before welcoming Bayern Munich in the Champions League next Tuesday.

The pressure is mounting on Lampard following a run of just one win in the previous six Premier League games – and he heads into the biggest week of his reign at the club sweating on the fitness of a number of key players.

Kante’s fitness will be Lampard’s biggest concern after the midfielder suffered a suffered adductor injury in Monday’s loss to Manchester United and is set to miss Jose Mourinho’s return to Stamford Bridge. He is also a major doubt for next week’s Champions League last 16 tie against Bayern Munich.

The France international’s expected absence comes as a significant blow to Lampard given the midfielder’s huge importance. 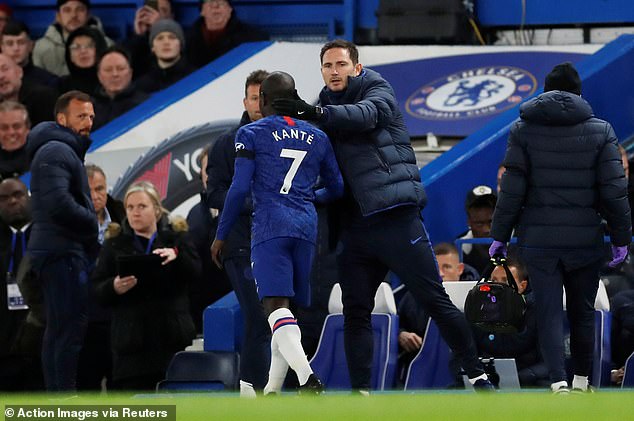 Hudson-Odoi missed the game against United with a hamstring injury and is expected to be absent for this weekend, while Christensen suffered a broken nose against Ole Gunnar Solsjkaer’s men – but could be available for the club’s crucial week if they fit him with a face mask.

Pulisic has missed the previous six week with a groin problem is short of match fitness and will be assessed ahead of the weekend.