MATT BARLOW: Joao Felix’s red card made it a DISASTROUS start to a desperate loan spell at Chelsea… but until then he was all silk and no sulk, looking fresh and hungry freed from the demands of Diego Simeone

There has been a whiff of desperation about Chelsea’s pursuit of Joao Felix.

As if they signed him because they could as others queried an investment of circa £15million in fees and wages for only six months of service from a young player with a reputation for sulking.

‘Not a normal loan,’ noted Fulham boss Marco Silva before kick-off in Thursday night’s game, which saw the Cottagers win 2-1. Still, Chelsea long since ceased to operate as a normal club. 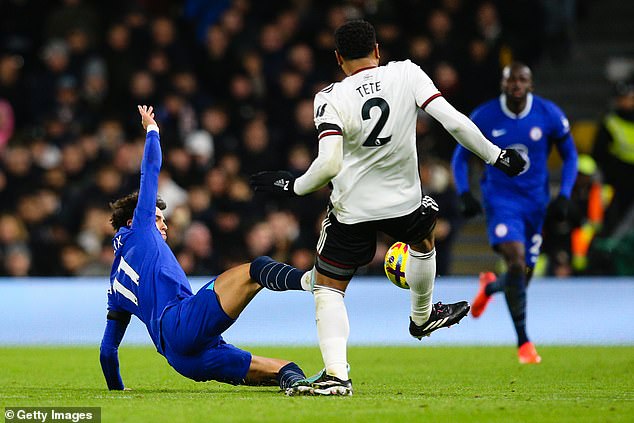 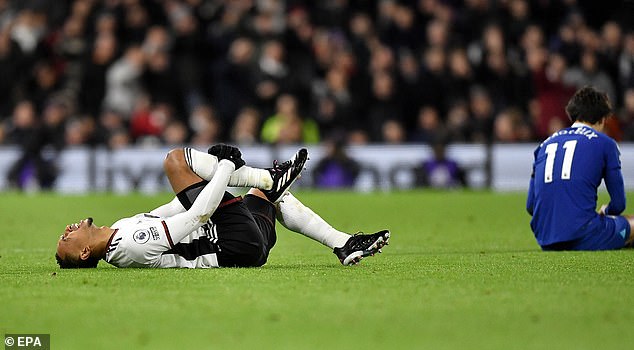 Nor are they in what for them is a normal situation, embarking a major change of direction with the man chosen to lead the adventure already under pressure, languishing in mid-table with fans on the turn.

When Felix went straight into Graham Potter’s team at Fulham after training just once with his new team since arriving from Atletico Madrid it seemed like another move made in haste.

Certainly not one that would’ve been made with Chelsea settled and ticking over nicely.

When he was sent off with less than an hour played, for a lunging, studs-up, desperate-to-impress tackle on Kenny Tete early in the second half, it seemed like a terrible decision to have thrown a young man with a point to prove straight into the heat of a Premier League derby against in-form opponents.

Until then, however, the 23-year-old had been all silk and no sulk. Given the freedom to roam, he flickered into spaces on the left and right and dropped in between Fulham’s defensive lines. 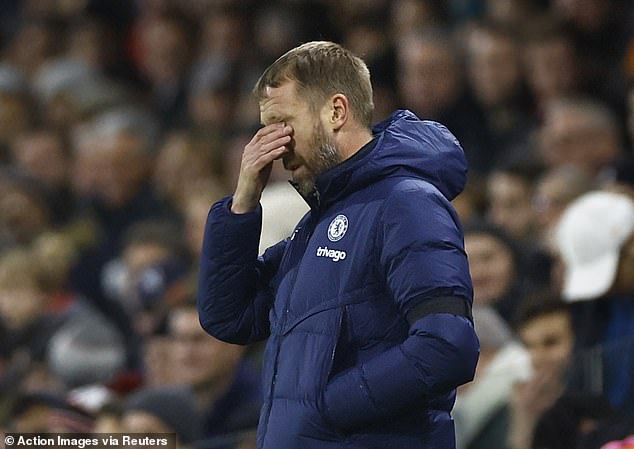 His exemplary control, balance and speed off the mark drew two yellow cards in the opening minutes. Chelsea supporters were quickly on board.

The Portugal international slipped clear of Tim Ream to create the first chance of the game for teenager Lewis Hall and his name rang out from the Putney End. The home fans were less impressed.

They soon realised it did not take much contact to knock Felix over and were appalled to find referee David Coote blind to what they considered obvious.

‘What a waste of money,’ they crowed when he volleyed wide unaware he was offside and were thrilled by the red card but overall Felix looked fresh and hungry.

Free from the demands of Diego Simeone and anxious to remind Atletico why they paid £114million for him as a teenager from Benfica. 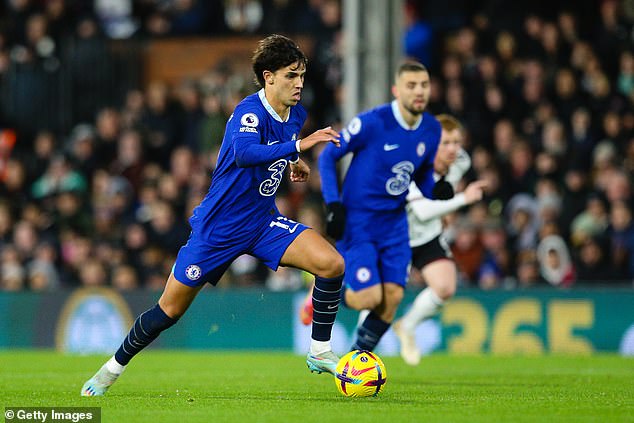 Before that though he looked fresh and hungry, freed from the demands of Diego Simeone

His pure quality was encapsulated in one first-half flash of brilliance. Spinning away from Tosin Adarabioyo with a flick through his own legs, he accelerated clear to spark a dangerous counter attack.

All true. They will embrace him at Stamford Bridge if he adds another dimension to their attacking options but the red card means he will miss the next three games – against Crystal Palace, Liverpool and Fulham again – through suspension.

He becomes even more expensive on a pounds-per-game basis. He also piles more pressure on Potter whose squad is stretched by injuries and really cannot buy a break.

For all those delightful early touches it is a disastrous start to a desperate loan spell.