Chelsea boss Thomas Tuchel has been given some welcome news after Jorginho’s Covid test was a false positive, making him available for selection for their Carabao Cup quarter-final clash at Brentford.

The Blues reported seven positive coronavirus tests ahead of their Premier League clash with Wolves on Sunday and the club wanted the match to be postponed as a result.

The top flight turned down their request as they ruled that Chelsea had enough fit players to fulfil the match. 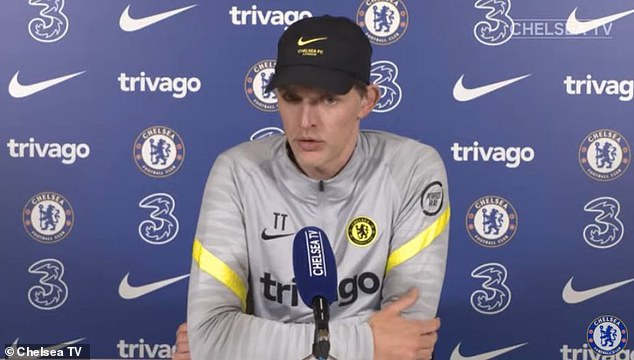 Midfielder Jorginho was one of those who was absent for the goalless draw at Molineux but Tuchel revealed he is back in the fold following a false positive Covid test.

‘The players are OK, that is most important,’ Tuchel said ahead of Wednesday night’s cup clash.

‘They cannot be back, they are out for 10 days before they can be released. 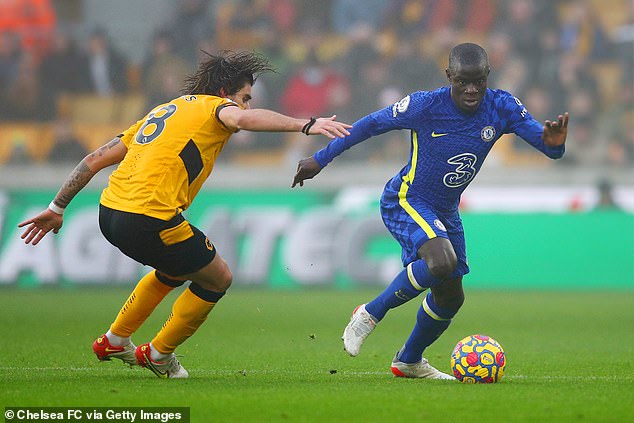 ‘We don’t really know when they can play or not but first off all they are 10 days out.

‘Nobody is back from there except for Jorginho. He had a negative test, so it was a wrong positive and he is back in training.

‘Andreas Christensen is very doubtful and same for Trevoh Chalobah.

Tuchel drew on the pool of talent within the club’s set-up for first-team training with so many regulars isolating as 12 players from the Under 23s and academy were promotedon Monday.

‘They trained with us yesterday and today. We made them come in for two sessions because it is necessary,’ Tuchel said on Tuesday. 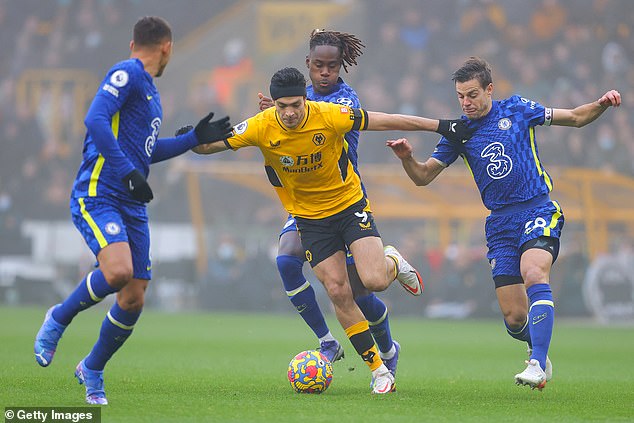 A depleted Chelsea side drew at Wolves, leading them to falling six points behind Man City

‘We detected Lewis Baker was positive, that’s another risk.’

Sidelined midfielder N’Golo Kante was rushed back into action and forced to play the full 90 minutes at the weekend, given Chelsea’s Covid and injury crisis. But the World Cup winner will not feature at Brentford as a result.

‘N’Golo Kante played 90 minutes against Wolves which was close to irresponsible. Will he be in the squad tomorrow? No,’ Tuchel added.

‘I understand it is not easy to postpone games but for isolated situations like our, we thought we had a strong case.

‘I shared my thoughts with everybody and we accept the situation. We accepted the challenge and we will accept the next challenge.’

Top-flight clubs rejected the idea of cancelling a round of fixtures over the festive period at a meeting on Monday, and instead plan to struggle on despite a number of games being called off. They will review the decision in two weeks.