Frank Lampard insists missing out on Champions League qualification would not represent an outright failure given the ‘huge strides’ Chelsea have made this season.

Against the odds, due to their well-documented handicaps, Lampard has steered Chelsea through a rollercoaster season to the brink of a top-four finish in his debut season.

Just one more win is required to guarantee a Champions League place in the three-club battle that also involves Manchester United and Leicester, who meet on the final day.

Though securing the required points may not be straightforward for Chelsea having been handed games against champions Liverpool and Wolves to try and finish the job.

Chelsea have occupied a top four position since October, which would make being denied at the death especially cruel, and Lampard said: ‘I understand the black and white judgement of the outside world and the Chelsea fans about it because it’s a clear objective to get into the Champions League.

‘We weren’t really in too many people’s top fours at the start of the season. We’ve forced ourselves in there. I desperately hope we get there. But for me it shouldn’t put this club off its stride much because there were a lot of testing moments this year. We’ve shown intentions of moving in the right direction. 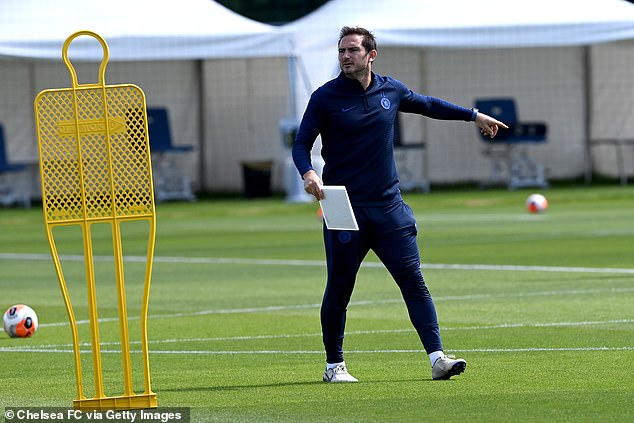 ‘I get that it’s black and white on the outside. I don’t think it should be on the inside.’

Lampard’s position is easy to understand given what he was up against on his arrival.

Chelsea had just lost the league’s best player, Eden Hazard, and further hampered by a transfer ban for his first window.

Subsequently, he has navigated through this season with a squad containing several youngsters experiencing their first campaign at the top level.

‘It will be a big achievement for the players,’ if Chelsea can make it, he said. His determination to, despite the difficult circumstances, is undeniable. 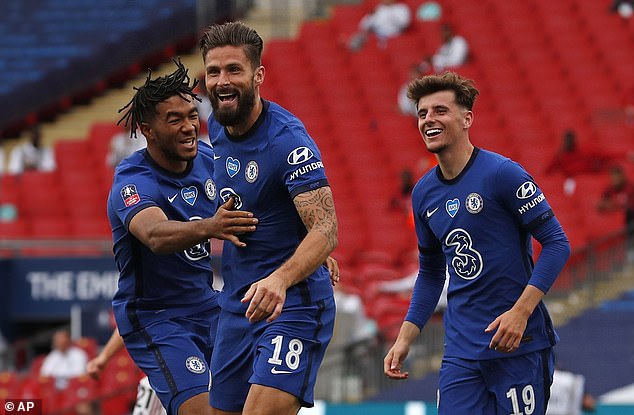 Lampard needs no telling about the huge importance of the Champions League to Chelsea and all the financial benefits and prestige that come with being in it.

He played in it during 11 of his 13 seasons at Chelsea and was captain when they reached their Holy Grail in 2012 by winning it.

He added: ‘I never thought it would be plain sailing but we’ve got ourselves in a position where with two games left it’s in our hands to get there.

‘It’s whether the players can give a huge effort in these two games. We have a real desire to make the Champions League. It’s ours now to try and get it over the line.’