Chelsea Manning is ‘safe’ after sparking concerns for her well-being

Friends of Chelsea Manning have rallied around the activist in concern after a series of now-deleted tweets sparked concern for her well-being.

‘Chelsea is safe. she is on the phone with friends, thanks everyone for your concern and please give her some space,’ someone wrote on Manning’s Twitter account early on Monday.

The outpouring of concern was sparked by two highly disturbing Tweets that Manning, who is seeking the Democratic nomination for US Senate in Maryland, posted late on Sunday.

The first tweet read: ‘im sorry – i tried – im sorry i let you all down – im not really cut out for this world – i tried adapting to this world out here but i failed you – i couldn’t do this anymore – i can take people i dont know hating me but not my own friends – i tried and im sorry about my failure’. 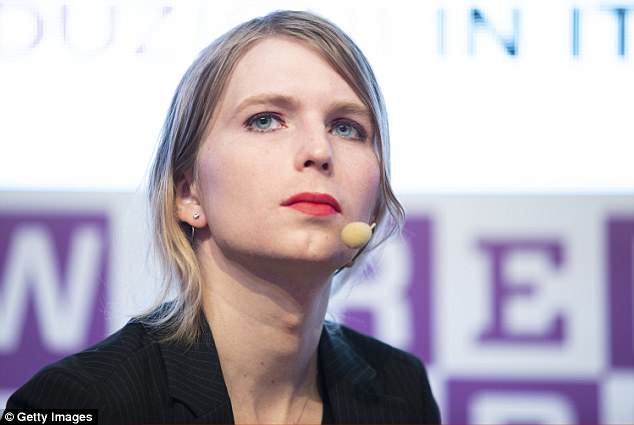 Manning is seen speaking in Milan, Italy on Sunday, hours before a pair of disturbing tweets

The second tweet simply said ‘im sorry’ and shows a picture looking down onto a street from the rooftop of a building several stories high.

The legs of a person are seen in the photo, wearing pink pajamas and with red-painted toenails standing inches from the edge of the roof. It is unclear when or where the photo was taken.

The disturbing messages came in response to an online debate with Dawn Ennis, a writer and former ABC News assignment editor who, like Manning, is transgender.

Ennis had criticized a message that Manning wrote on May 23, which said in part ‘voting wont change anything’ and called for something ‘radically different’.

It came in a thread in which Manning expressed discouragement over the campaign for US Senate, and general hopelessness that Democrats would retake the House or Senate in November election. 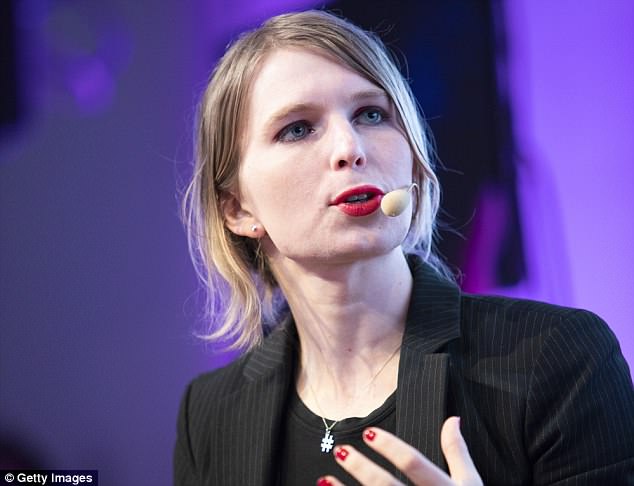 Manning (above on Sunday at a conference in Milan, Italy) had been arguing with Dawn Ennis on Twitter and expressing hopelessness about the political process and Democrats’ chances in November 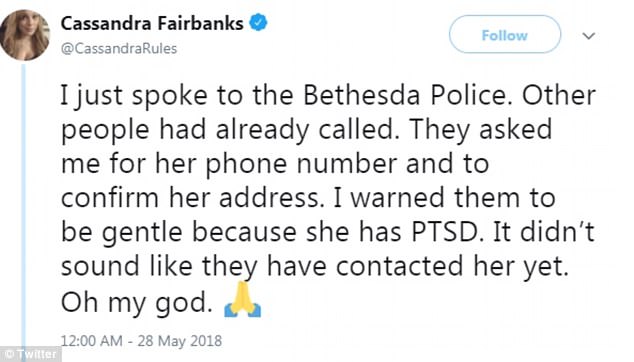 Ennis responded: ‘When I suggested @xychelsea should consider not running, I stopped short of telling her what to do. But this tweet is just lunacy. Sorry, just cuz you’re one of the #girlslikeus you don’t get a pass. Tweeting “voting wont change anything” is wrong and a lie! Just stop. Please.’

The disturbing tweets from Manning came in response to that message.

Manning lives in Bethesda, Maryland and was last seen publicly at a conference in Milan, Italy on Sunday.

Manning is a former Army soldier who was convicted by court-martial in 2013 of violating the Espionage Act for leaking hundreds of thousands of sensitive military and diplomatic documents to WikiLeaks.

Former President Barack Obama commuted the sentence for that conviction and Manning was freed from prison in May of last year.