Initiation songs usually provide the watching team-mates with entertainment — and the new Chelsea players’ renditions certainly did that.

Antonio Rudiger, Tiemoue Bakayoko and Davide Zappacosta — all of whom arrived at Stamford Bridge this summer — were tasked with belting out a song of their choice.

And Germany international Rudiger made sure he left his mark by performing his version of Lil Wayne’s 2008 hit, A Milli. 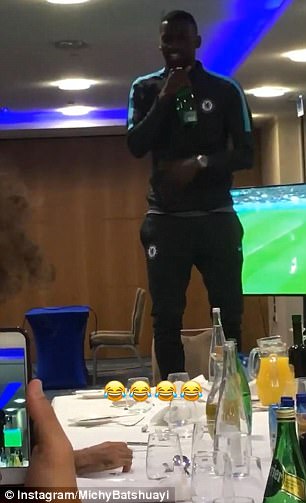 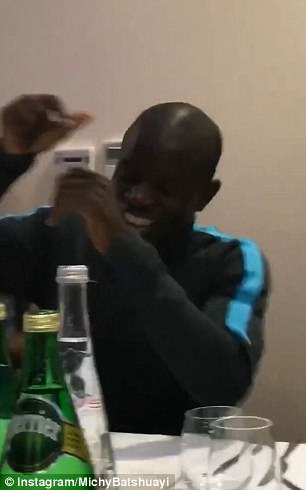 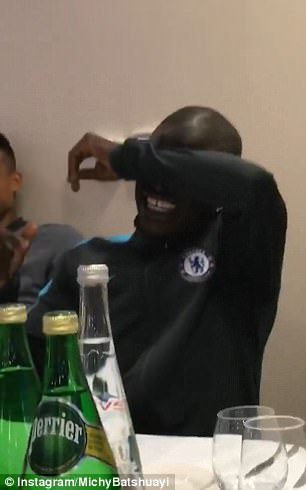 Taking centre stage, the former Roma defender climbed on to the table before showing off his musical prowess.

He rapped to the lyrics: ‘A millionaire, I’m a Young Money millionaire, tougher than Nigerian hair, my criteria compared to your career just isn’t fair.’

And his attempt to sing the American rapper’s famous track left his new team-mates in stitches, with N’Golo Kante struggling to hold his emotions in.

The French midfielder was left with tears of laughter in his eyes, having watched the centre back perfectly perform his initiation song.

Fortunately for Rudiger, he wasn’t the only one forced to perform ahead of Chelsea’s Champions League group-stage fixture with Qarabag on Tuesday night.

Bakayoko, who joined from Monaco, performed a song in French while deadline-day arrival Zappacosta sung a track of his choice in his native Italian. 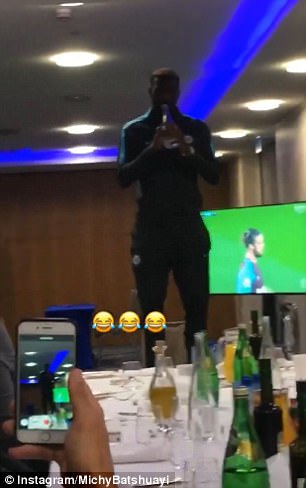 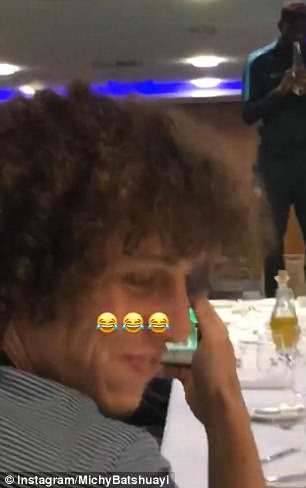 Midfielder Tiemoue Bakayoko (left), who joined from Monaco, performed a song in French 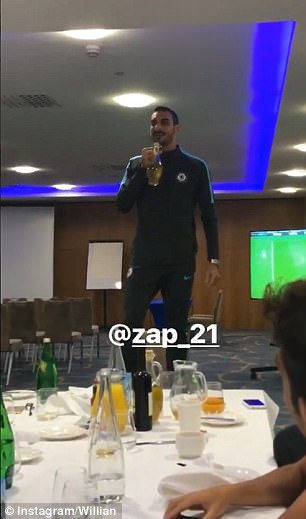 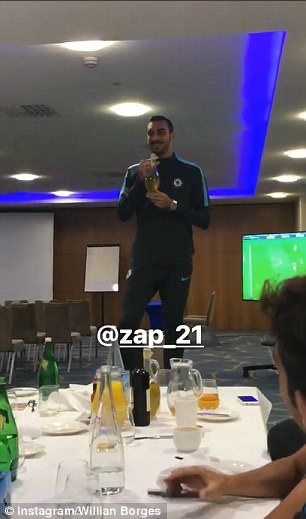 The performances were recorded by Michy Batshuayi and Willian, who did their best to embarrass their new team-mates by uploading the videos to Instagram.

Chelsea were not in continental competition last term after the previous year’s implosion, when Jose Mourinho was sacked for a second time and they went on to finish 10th in the Premier League.

It was the first time in 20 years that Chelsea were not involved in Europe and they had featured in every Champions League group stage since 2003-04. 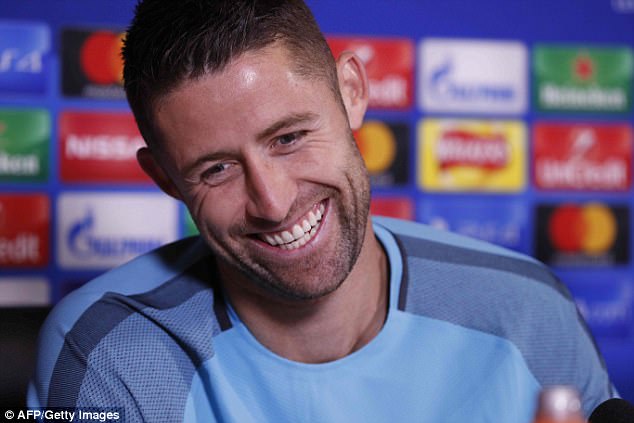 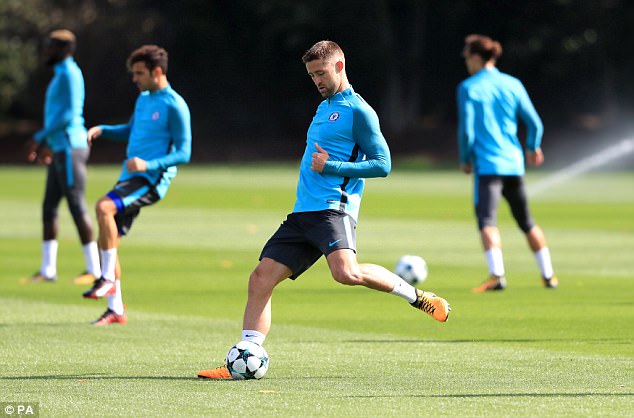 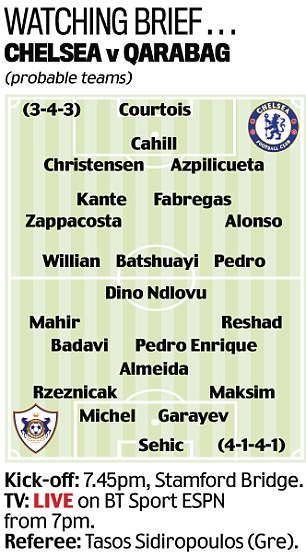 Cahill, a European Cup winner with the Blues in 2012, said: ‘We feel we’re back where we belong, which is among some of the very best teams.’

He took Juventus to the quarter-finals once as boss and they have thrived in the competition since he left to take charge of Italy.

He wants to make his mark with Chelsea, but knows it will take time.

‘In the Champions League we are starting a path and it will be very important to start building something important,’ he added.

‘To win a competition, you need to work very hard, to improve over years and to grow step by step and to become like Real Madrid or Bayern Munich… Juventus are the same now. 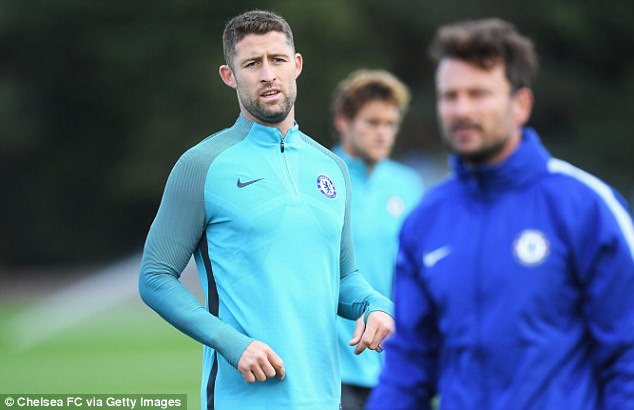