As Chelsea’s warm-up wound down, two players stood away from their team-mates. One spoke, the other listened.

Captain Cesar Azpilicueta has vowed to help Reece James with ‘whatever he needs’.

On Wednesday night, as kick-off approached, the 19-year-old was given a crash course in coping on the biggest stage.

The surprise name in Chelsea’s XI, James is the latest academy graduate to benefit from the club’s transfer ban, as well as Lampard’s faith in youth.

And like Mason Mount, Fikayo Tomori and Tammy Abraham before him, he showed the confidence to trust the skills he learned at Cobham – and honed on loan.

A right back by trade, he was thrust in at right wing-back against Lille.

His only previous senior appearance for the club came in the Carabao Cup, when he scored in the 7-1 win over Grimsby last month. A year ago, he started Wigan’s Championship clash with Swansea.

On Wednesday night under the roof, however, he refused to buckle.

Instead, he was a tireless runner – contributing at both ends of the pitch before coming off shortly after the hour. By the time he was replaced, only three Chelsea players had enjoyed more touches. 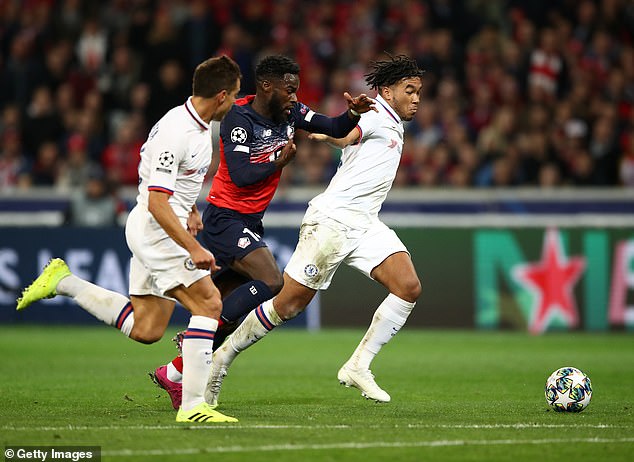 Within 10 minutes he had put in a dangerous low cross and then made an important sliding interception as Lille broke. As the game wore on, his defensive skills were tested more and more.

Shortly after the half-hour mark, he showed his inexperience with a rash sliding challenge that earned him a yellow card.

Five minutes later, though, he showed quickness of feet and mind to track back and brilliantly prevent Jonathan Bamba from going one-on-one with Kepa. 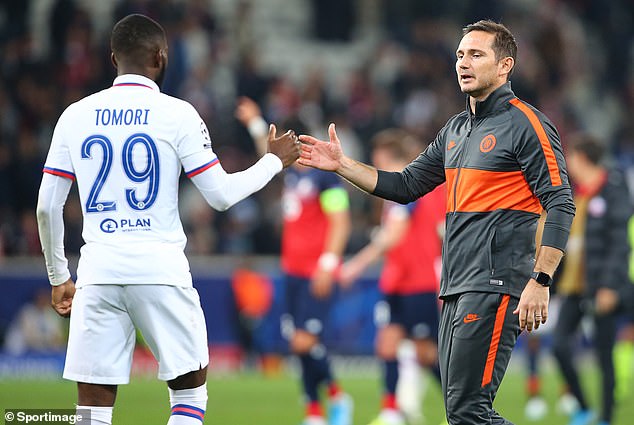 Among those to breathe a sigh of relief was young centre back Tomori who, at 21, could be on the verge of his first England call-up.

His brilliant ball set up Abraham’s opener but then Victor Osimhen found space between him and Kurt Zouma to head home.

The defender survived a penalty shout early in the second half and was rescued late on by Kepa after his blunder looked to have presented Osimhen with a glorious chance to equalise once more. 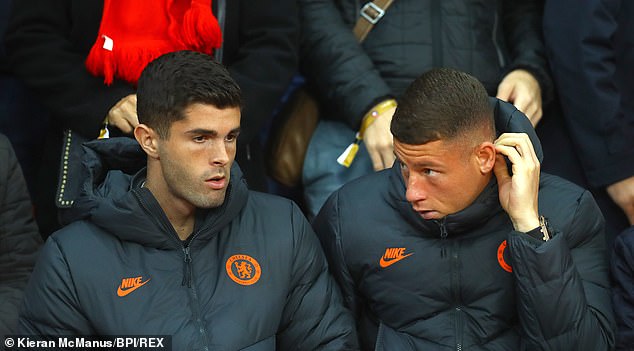 But Tomori has Lampard’s backing. Can the same be said of Ross Barkley or Christian Pulisic after they were left out on Wednesday?

The prospects of £58million Pulisic appear bleaker with every passing week, while Barkley was dropped after his row with a taxi driver over spilled chips.

If their treatment showed Lampard’s ruthlessness, the manager’s faith in James and Co was more evidence he uses both carrot and stick.

They continue to repay him.