Chelsea Pensioners to get a new summer uniform

The Royal Hospital Chelsea is raising money to redesign its historic scarlet coat because Chelsea Pensioners can’t cope with the blazing sun and soaring summer temperatures.

Some of the elderly soldiers asked for a lighter design after complaining that the current coats, from an 18th century original design, are too heavy for comfort when temperatures soar.

The hospital launched a ‘Scarlets Appeal’ to raise £30,000 for the new design, and the Chelsea Pensioners announced on Tuesday that half of that target has already been donated.

Chelsea Pensioner Mike Hall said: ‘The current Scarlet can be very uncomfortable to wear in the hotter weather.

‘A new lightweight coat suitable for all weathers would enable us to carry out our public and charity work all year round.’

The iconic Chelsea Pensioner red coat will be redesigned to keep veterans cool in warmer temperatures (pictured at Remembrance Sunday at the Cenotaph, Whitehall in 2016) 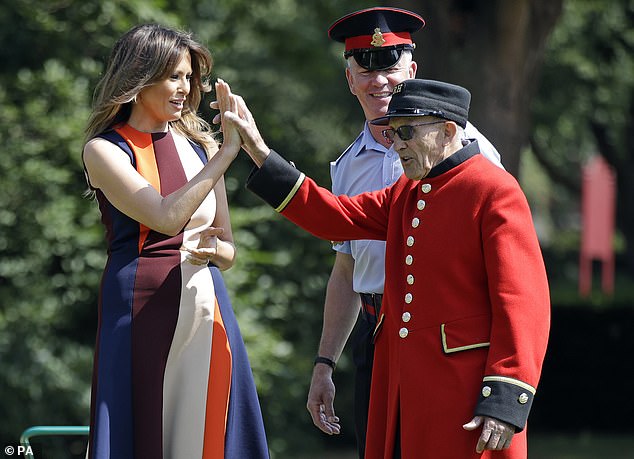 Pictured: A Chelsea Pensioner high-fives US First Lady Melania Trump during a visit to the Royal Hospital Chelsea in London this July

Chelsea Pensioners are residents at the Royal Hospital Chelsea, a home for former members of the British Army.

It houses approximately 300 retired British soldiers, male and female, over age 65 who served for at least 12 years or have been awarded a disablement pension while serving.

Monika Parrot, who became a Chelsea Pensioner two years ago, says a change would be welcome.

She told Forces News: ‘In July we went to the National Memorial Arboretum eight female pensioners went because they were rededicating an ATS statue. Everybody else there was in blouses or t-shirts and shorts – but we were sat there in this, sweltering. 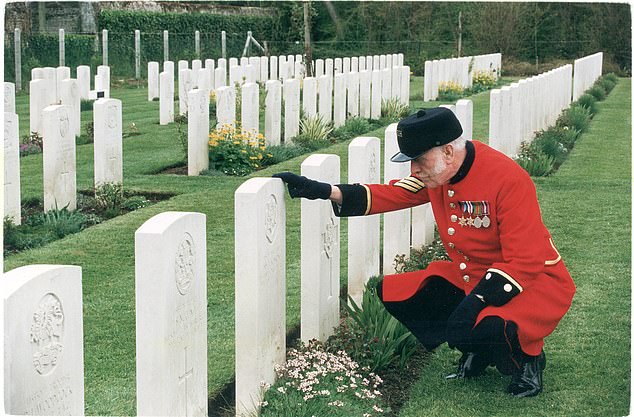 Pictured: A Chelsea Pensioner in northern France recalls the lives sacrificed on D-Day 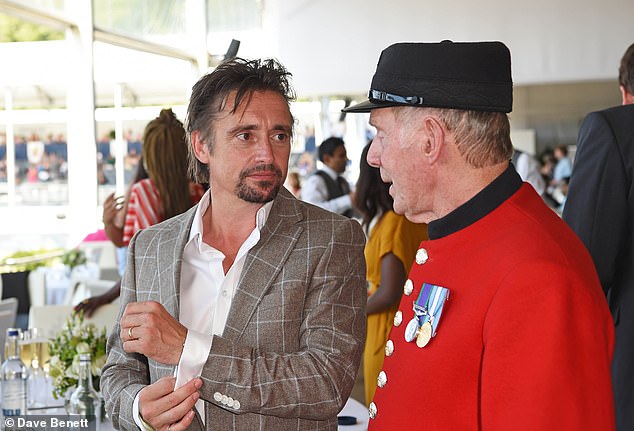 ‘More people were worried about us than they were about the presentation, because they could see we were getting hotter and hotter and we’re not allowed to remove it in public.

‘All these people knew that, so they were covering us with umbrellas, giving us water and stuff. It’s very difficult to enjoy what you’re doing. You are proud to be doing it, but you’re too hot to be doing it.’

Fellow pensioner Steve Lovelock said he would love to see a lighter scarlet coat for Wimbledon where ‘sweat is just literally pouring out of you’.

Mr Lovelock added that if he were to undo his top button an ex-general would say that the Chelsea Pensioner was improperly dressed.

Allan McLaren, the hospital’s corporate and business development manager, said the redesign will bear the pensioners complaints in mind when redesigning a lighter version of the heavy woollen coat.

To donate to the Scarlets Appeal, visit the Chelsea Pensioners’ website.

The Royal Hospital Chelsea was founded as a retirement home for soldiers by King Charles II in 1682.

Residents are affectionately known as the Chelsea Pensioners and are famous for their distinctive scarlet coats.

Any former soldier of the British Army over the age of 65, who is facing spending their advanced years alone, can apply for residence at the Royal Hospital as a Chelsea Pensioner.

Some 300 army veterans live at the Royal Hospital today, including those who have served in Korea, the Falkland Islands, Cyprus, Northern Ireland and World War II.

The Royal Hospital is a Grade I and II listed site. Maintenance of the site continues today with ongoing restoration work to ensure that this legacy lives on into the future. 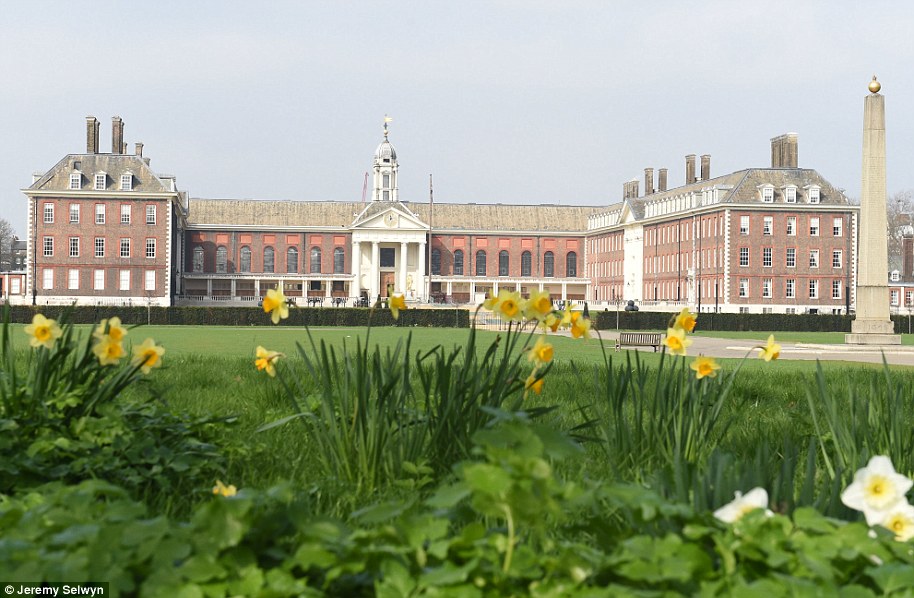 Lasting legacy: The Royal Hospital Chelsea, pictured, was founded as a retirement home for soldiers by King Charles II in 1682