‘It was a reminder that your resilience is so important’: Chelsea players get lesson in mental strength from Holocaust survivor Susan Pollack before Women’s Champions League semi-final return against Lyon

Chelsea’s players received a lesson in mental resilience and fortitude when they heard from Holocaust survivor Susan Pollack MBE ahead of their Women’s Champions League semi-final return against Lyon.

Pollack, 88, grew up in Hungary and lost 50 members of her family during the Holocaust before and during the Second World War.

She was sent to the Auschwitz-Birkenau concentration camp in May 1944, where her mother died in the gas chambers, before being liberated by the British army in April 1945. 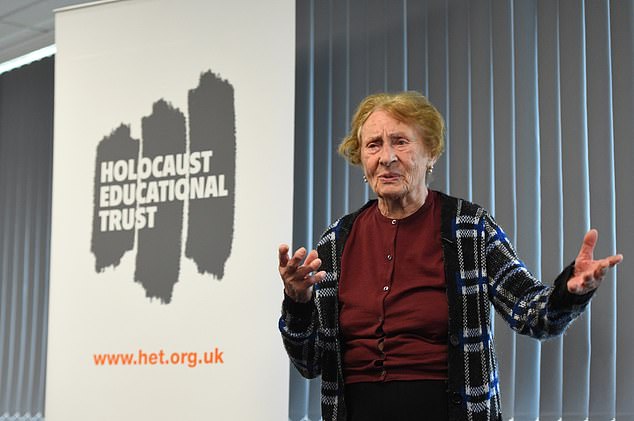 Pollack, 88, grew up in Hungary and lost 50 members of her family during the Holocaust

Her talk to the Chelsea squad this week certainly put into context the challenge of overturning a 2-1 first leg deficit against the French champions at Kingsmeadow on Sunday.

Chelsea manager Emma Hayes admitted it had been a humbling experience for the squad.

‘Not only was it incredibly traumatic to listen to and emotional, but I asked her one question and it was, “how did you keep going? How did you get through that?”

‘And she said that she was young and wanted to give something back to life. She didn’t display any anger, she was merely thankful she’d come through probably the worst experience ever and still had the kindest of hearts. 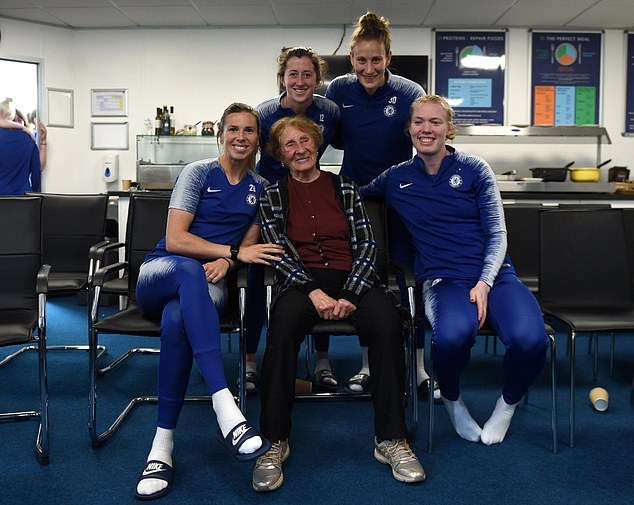 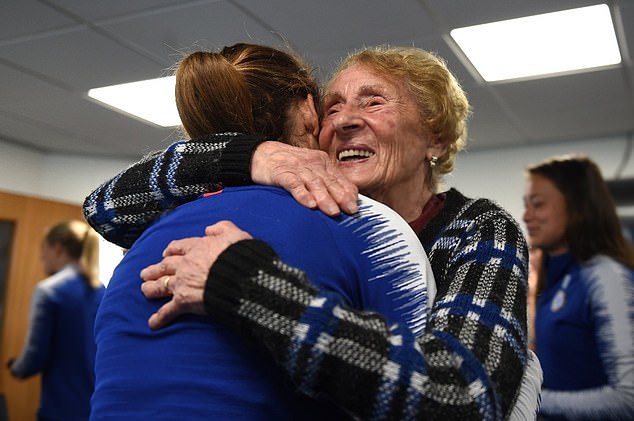 ‘It was a reminder to our entire environment that your resilience is so important, that you’re going to need it in a really, really, really difficult time, and she had it in abundance.

‘But ultimately we don’t have to be a***holes to get to where we want to go. We can be good people and we can be humble in that process, and I demand that in an environment.

‘If I feel that anybody gets too big-headed or takes advantage of it, then I will make it clear, because I want everyone to value everything that we have, and everyone involved in it has worked hard, so bloody hard, to get us to this point.’

Reaching a Champions League final represents the final frontier for Chelsea and they know a 1-0 victory will be sufficient as a result of Erin Cuthbert’s away goal in Lyon last weekend.

But Lyon have won the last three editions of the Champions League – not to mention the last 13 French league titles – and represent a formidable barrier if Chelsea are to reach the final in Budapest on May 18.