Chelsea players out in Rome before Champions League clash

Chelsea’s players have been pictured strolling around Rome in the hours before their Champions League showdown with Serie A side Roma.

Antonio Conte’s side are top of Group C with seven points from three matches but were held to a 3-3 draw by the Italian side at Stamford Bridge two weeks ago.

The match is the first part of a gruelling double-header for Chelsea, who then host Manchester United in the Premier League on Sunday. 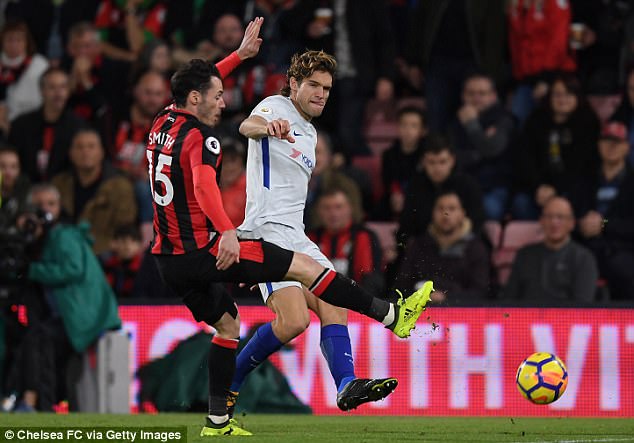 Left full-back Marcos Alonso, pictured enjoying some downtime alongside Willy Caballero, Thibaut Courtois, Pedro and Eduardo, spoke of a the optimistic atmosphere in Chelsea’s camp ahead of the Roma encounter.

‘We have come together stronger as a group,’ Alonso told the Evening Standard. ‘In any difficult moments, it is always good for the team when we fight and work together.

‘That’s what we have done over the last few weeks, so it is a good time for us to play a good game in Rome.’

The Spaniard also insisted the squad are behind Conte and refuted speculation regarding the popularity of manager’s methods within the squad. 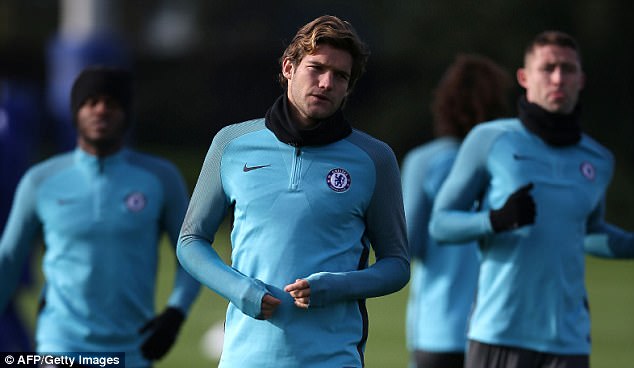 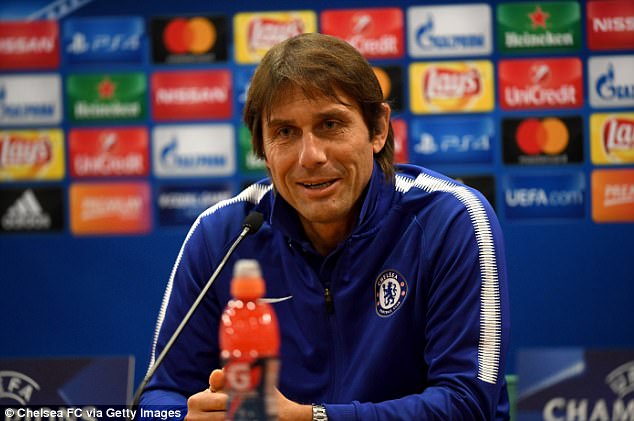 ‘These things always happen,’ Alonso said. ‘There are people around trying to destabilise, trying to make things not go easy for us. But we have to focus on training, perform in games — and that’s all that matters at the end of the season.

‘We have come to Rome with a good feeling. They got a draw against us but we’re playing to win all three points.’