Chelsea’s season may not have stopped with the defeat to Barcelona on Wednesday night, but it is now chugging along in first gear, with the engine making some rattling noises.

The problem is that a failure to save this campaign could have huge ramifications for the club going forward, with a series of issues brewing under the surface at Stamford Bridge.

Sportsmail has taken a look at some of the problems Chelsea face between now and the start of next season.

This season has seemed like it might be Antonio Conte’s last since the summer, when he clearly had issues with how recruitment was panning out.

How it has panned out has struck a real contrast with his first campaign, but even then there were always hints that he was not entirely happy in London. A return to Italy always seemed on the cards.

Now there are real options on the table. Italy reportedly want him as the man to turn their disfunctional side into a team that can qualify for Euro 2020.

A handful of sides in Serie A — Inter Milan, AC Milan — will probably be looking for a new manager come the end of the season.

And Roman Abramovich is not known for letting a failure slip by without action. No manager has survived not qualifying for the Champions League under him. 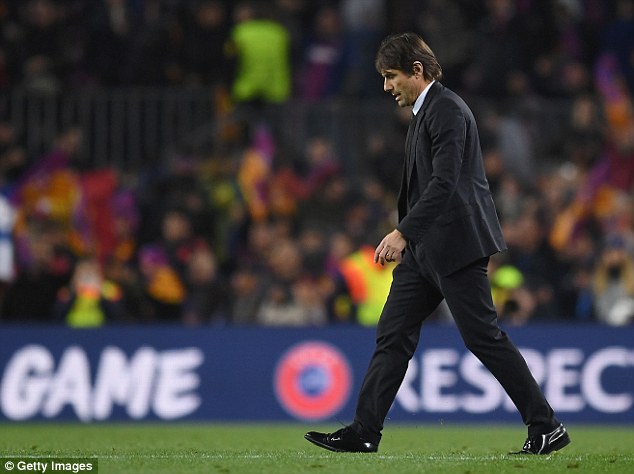 April 14 vs Southampton (a)

TBD vs Burnley (a)

Fight for the top four

That is why Chelsea’s battle to finish in the Premier League’s top four places is so important for the rest of the campaign and Conte’s future.

Looking at the table, it is difficult to see them cracking the Champions League places.

They are four points behind Liverpool, who look stronger than they have in years. Spurs are less ‘Spursy’ than ever before and are five points ahead of their rivals.

The only plus is that Chelsea take both on between now and the end of the season. A win in either of those games and the situation swings wildly, pulling them back into their sight.

Even so, they have to start making up ground soon. Realistically, they might have to go on a winning run between now and the end of the campaign to haul either of those teams in.

Miss out on the Champions League and suddenly Chelsea are at risk of falling further behind their rivals at the top. That is what happened to Arsenal last season, and the Gunners have shown it could take years for them to recover. 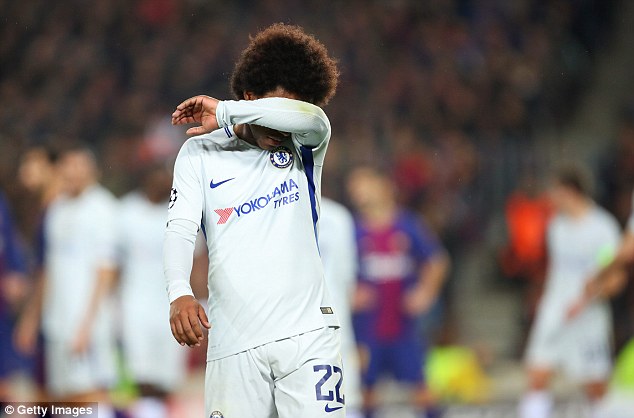 It is an inevitability when a club struggles that its best players will start to look elsewhere.

But Eden Hazard and Thibaut Courtois have been looking away from Stamford Bridge for a while now, stretching back to last summer, with Real Madrid as the target of their flirting.

Hazard has been on and off the boil recently but is one of few players worldwide who could realistically step into the boots of the ageing Cristiano Ronaldo.

Courtois will have done harm to his hopes of moving to the Santiago Bernabeu with his display against Barcelona on Wednesday night. 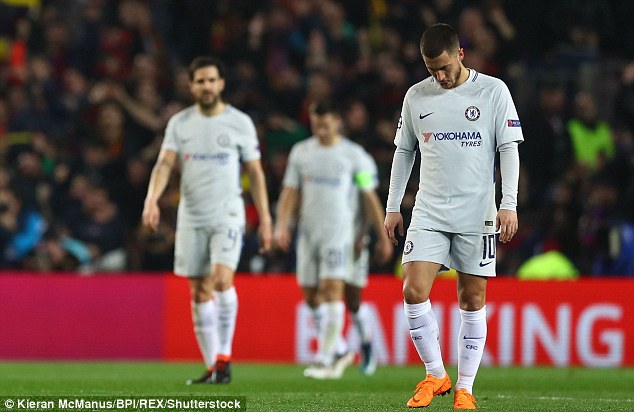 Despite these issues, both players are easily good enough to play for an elite club. And Chelsea increasingly do not look like one on that level.

Courtois’ contract expires next summer, and there is not much of a reason for him to sign a new one. He wants to move back to Madrid to be closer to his family too.

Hazard’s deal runs for another season but Chelsea will struggle to tie him down to a longer one in their current position.

If both demand a move, they will struggle to tie them down. 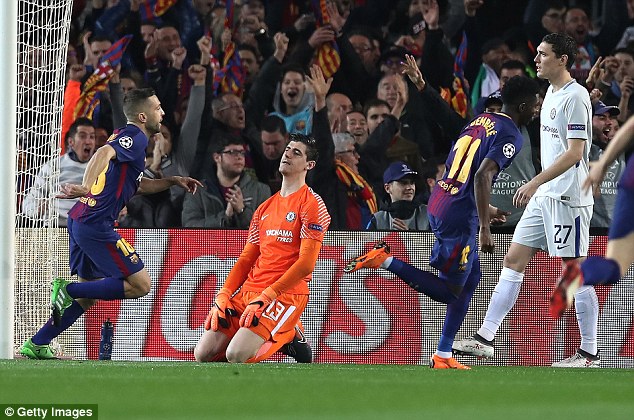 Real are also keen on Thibaut Courtois, who would be willing to move back to Madrid

Is the FA Cup the only way to save their season?

Chelsea will not win the Premier League. They are out of the Champions League. Realistically the FA Cup is the only thing they can compete for now.

They go into the game against Leicester on Sunday with that pressure on them. A defeat and the season will be written off with two months left to play.

Even so, it is hard to suggest a win at Wembley will be enough for Abramovich.

The answer to both questions should be simple enough. And it explains a lot about the position Chelsea now find themselves in.

They were champions last season and then decided to sell two of the players who were key in that triumph. Costa forced his way out after receiving a text from Conte telling him he could go. Matic moved to Manchester United. 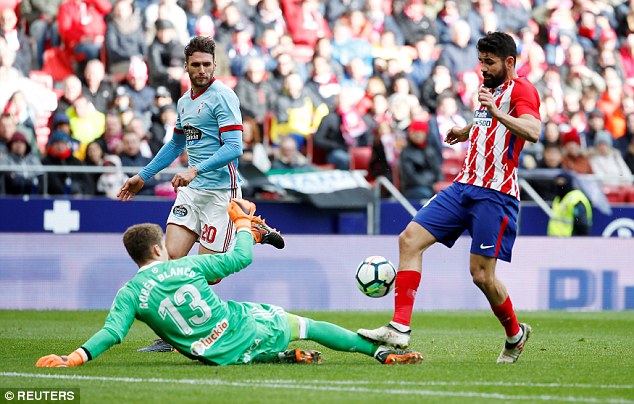 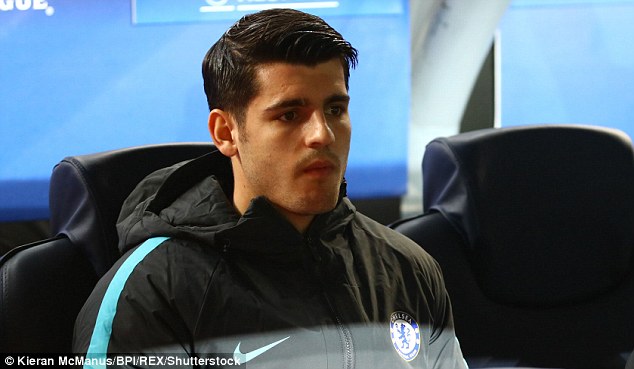 They recruited exceptionally badly in the summer. Conte wanted Romelu Lukaku. He got Morata, who has struggled. Bakayoko has not been up to scratch.

Antonio Rudiger has been decent enough. Davide Zappacosta and Danny Drinkwater have panned out to be expensive functional back up players.

It was symbolic that neither Morata nor Bakayoko started against Barcelona. Giroud was preferred up front, and as Arsenal fans have found out over the years, while he is good, he is not that good. 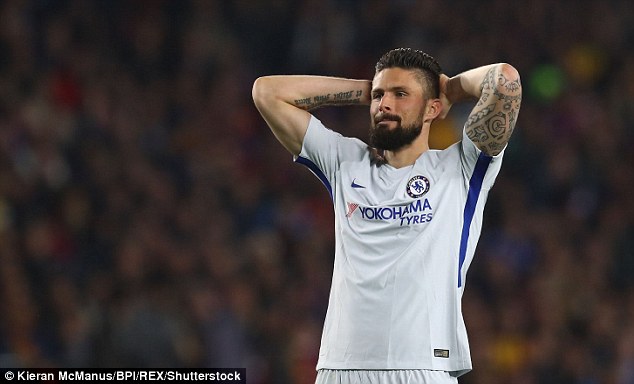