Antonio Conte has insisted three points at Swansea on Saturday are a must for Chelsea if they have any hope of finishing in a Champions League place.

The Blues boss led his side’s training session in Cobham on Friday as they prepared for their trip to Wales, knowing anything but a win could severely damage their European hopes.

Tottenham are sitting pretty in fourth, five points clear of Chelsea with four games to play which gives them a huge advantage according to Conte. 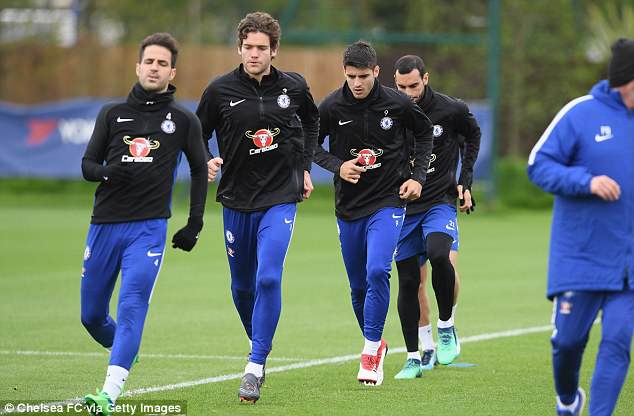 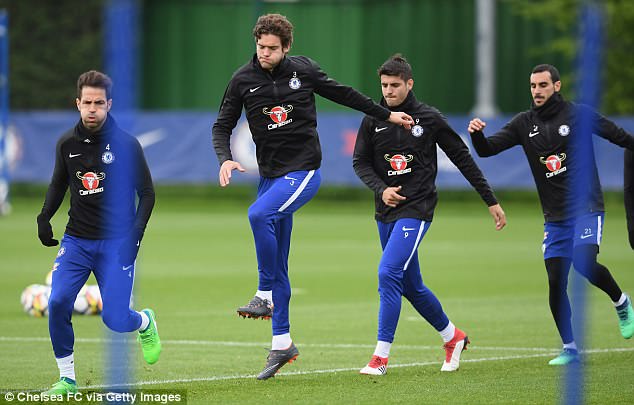 ‘First of all we have to try to get three points,’ Conte told Chelsea’s official website. ‘We are playing against a team fighting to avoid relegation. In the last five games at home, Swansea have won four and drawn once. It means they are in good form.

‘If we want to continue to have hope of taking a Champions League place, we need to get three points and try to put a bit on pressure on the teams who are ahead of us.

‘The reality is that Tottenham have a big advantage, but the only way to try to put a bit pressure on them is to get three points tomorrow.’

Marcos Alonso trained at Chelsea’s Cobham training ground as he prepares to serve the final match of his three-game ban for his alleged stamp on Shane Long at Southampton earlier this month.

The Spaniard missed watched on last weekend as his team-mates beat the Saints 2-1 at Wembley to secure a second-successive FA Cup final appearance. 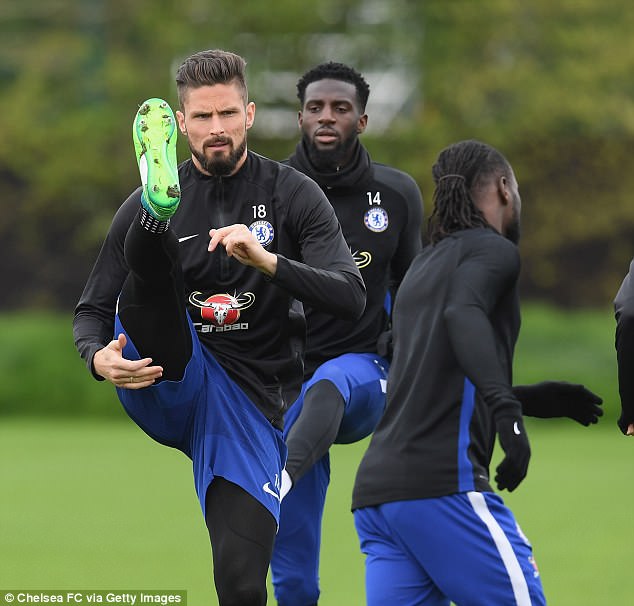 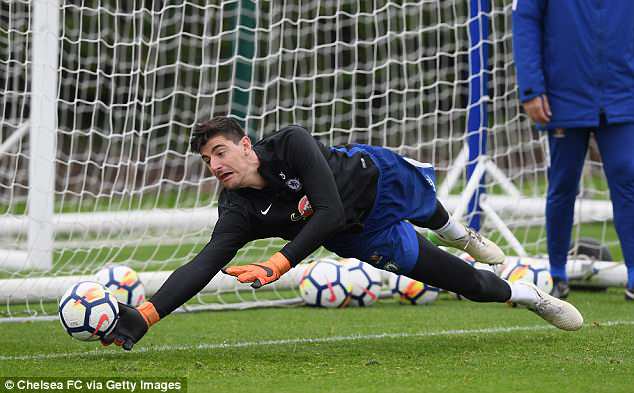 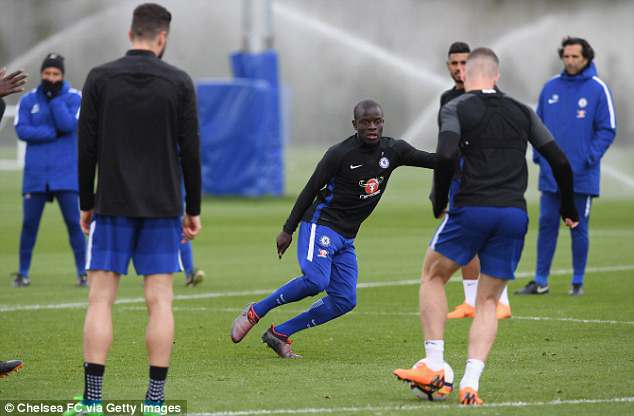 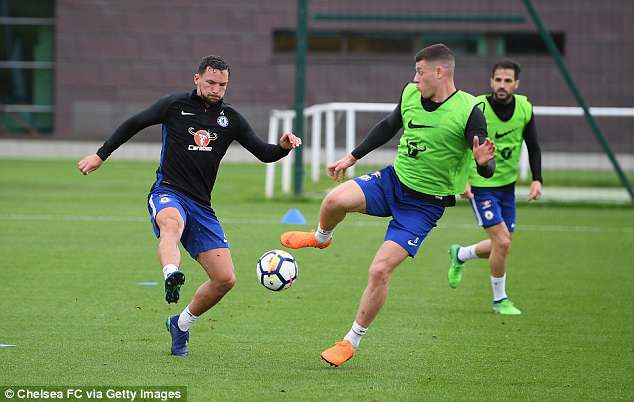 Olivier Giroud was in good spirit during the session as he looks to continue his consistent form after scoring three goals in as many games for the Blues – his most recent coming at Wembley on Sunday.

Conte praised captain Gary Cahill for his importance to a Chelsea side that has recovered well to challenge for a top four place.

‘We are talking about an important player for Chelsea and for the national team. He has great experience. He is playing in the middle now, and I think he is playing very well. He has to continue in this way.

‘He has played in big competitions. I have great respect for Gareth Southgate. He has to make the best decision for the national team.

‘I have opportunities to make rotations with the three defenders, and try to make the best decision game by game,’ added Conte. ‘Christensen is having an important season, his first for Chelsea with this pressure. Now it’s right to give the opportunity to Gary to play more. He is deserving this.’ 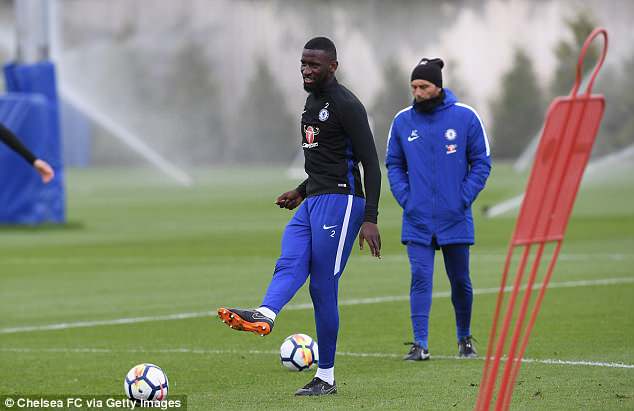 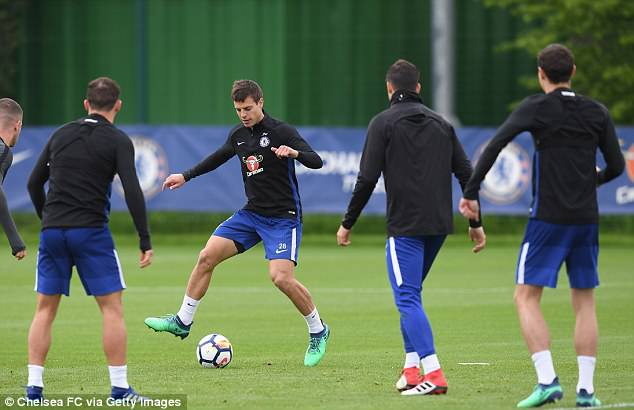 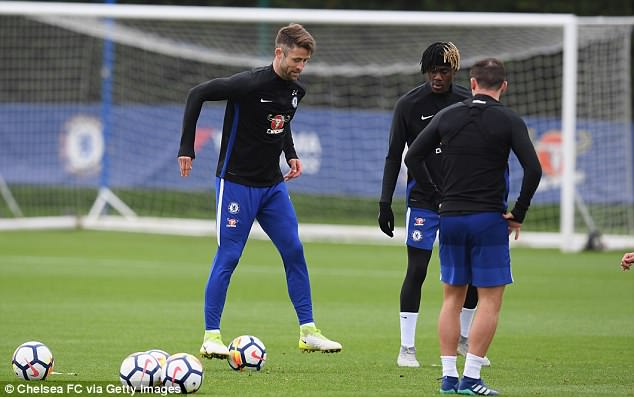 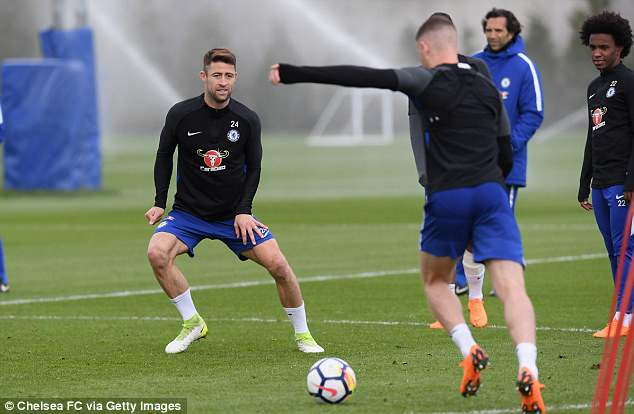