Chelsea forward Willian has gone along with throwback Thursday trend and posted an old picture of him as a young boy with former Brazil international Ricardinho.

Willian is recognisable in the picture, but appears rather tentative as he posed next to his idol and Brazil star Ricardinho.

The Chelsea man took to Instagram to share the snap and wrote: ‘Me with the Corinthian idol Ricardinho in the late 90’s.’

Ricardinho, a central midfielder known for his accurate passing, mainly played in Brazil and retired from the game in 2011 after a career that spanned 11 clubs and 16 years, including a brief spell at Middlesbrough.

Despite mainly playing in his homeland, Ricardinho managed to represent his country 23 times and established himself as a Corinthians fan favourite during two spells with the club. 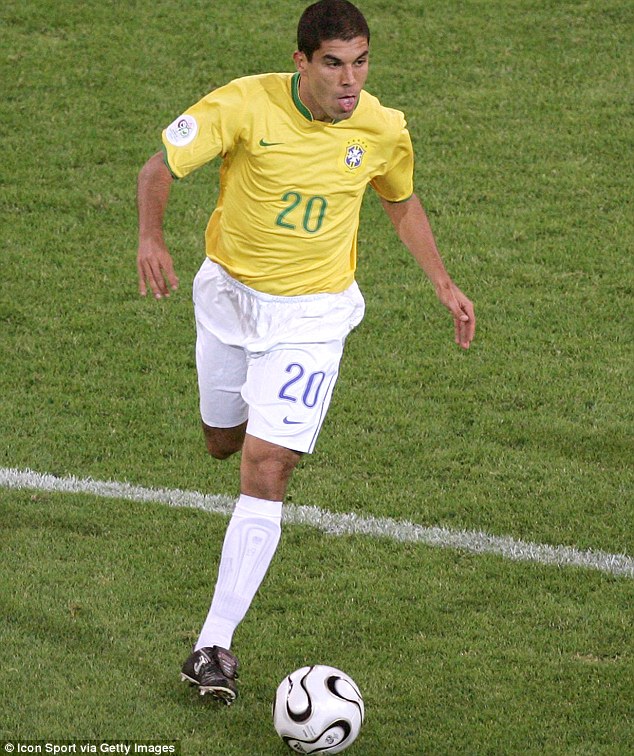 Willian followed in his idol’s footsteps by graduating through the Corinthians academy and playing for them for one season before Shakhtar Donetsk came calling in 2007.

The 30-year-old, now of Chelsea, is yet to complete the full 90 minutes this season with Maurizio Sarri currently preferring to use Pedro.

The Brazilian will be hoping to get more game time against Bournemouth this weekend after impressing off the bench in the win at Newcastle. 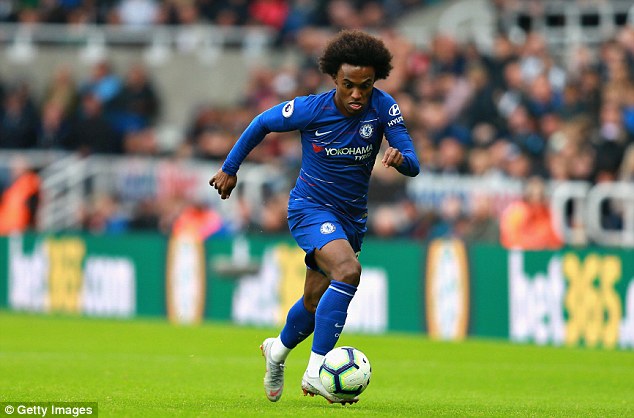