Chelsea stars stretch their legs during pre-game walkabout in Spain

Antonio Conte and his Chelsea squad have stretched their legs in a pre-match walkabout.

The Premier League outfit face Barcelona in a Champions League crunch match on Wednesday evening having drawn 1-1 in the first leg at Stamford Bridge.

However, the Blues squad seem unaffected by the pressure as they went for a stroll in the sun outside their hotel in Spain. 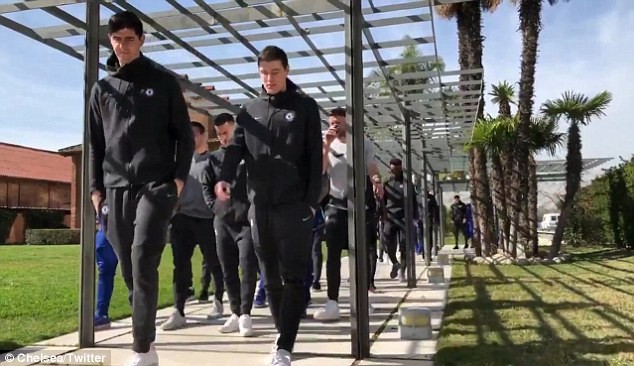 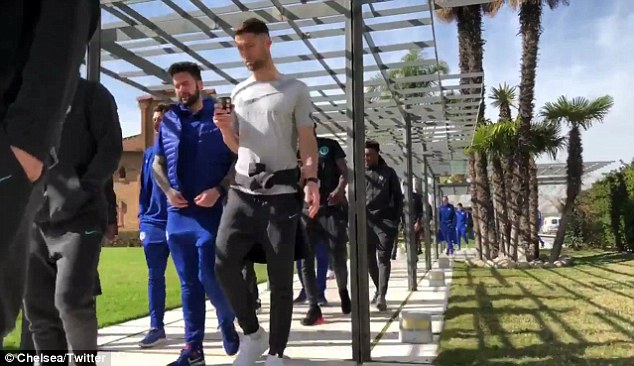 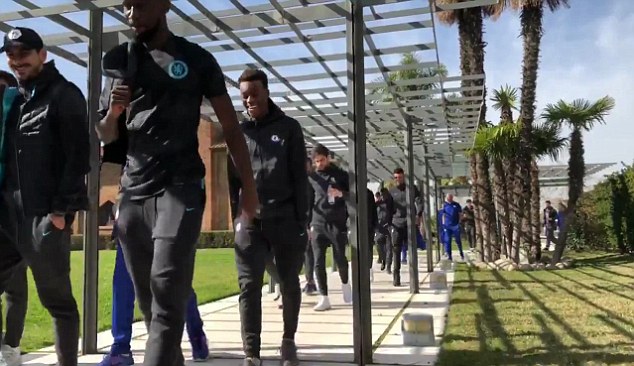 As the Chelsea squad are filmed walking down a path in the hotel’s gardens, one of the players jokingly asks for ‘no paparazzi’ while they enjoy their light exercise.

Chelsea boss Conte can later been seen towards the back of the group having a chat with a member of his staff.

The Italian manager faces the risk of losing his job if he fails to get past the Catalan giants on Wednesday evening but he appeared calm after portraying the second leg as just another game. 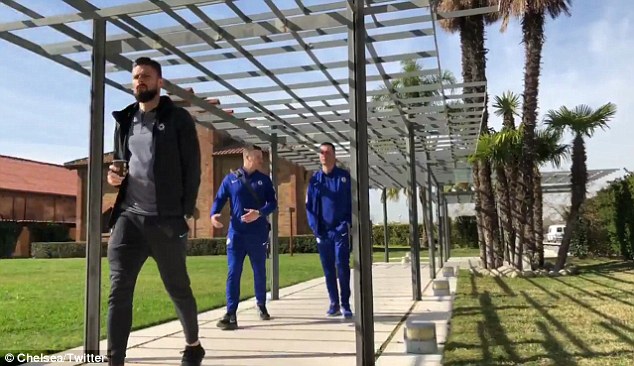 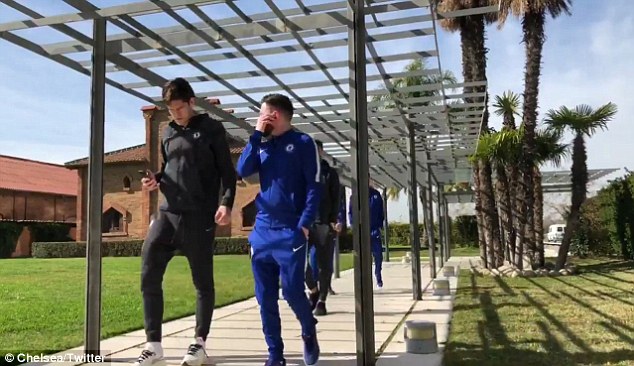 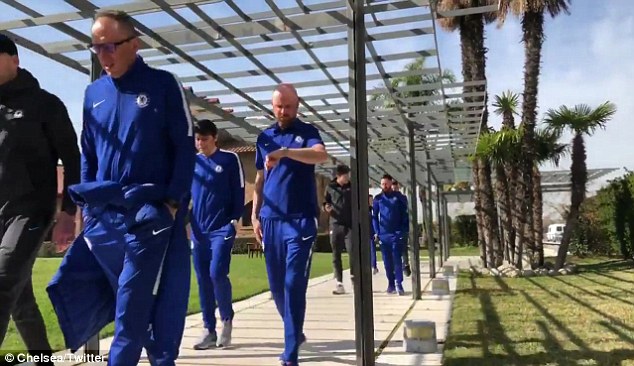 ‘I hope in my career I consider an achievement being when you actually win something,’ said Conte. ‘That is a big achievement for a manager, for a coach.

‘In this case, we are talking only about reaching the last 16. For sure, we have to make a great game if we want to have a chance to go into the next round.

‘We are playing against Barcelona, and I consider Barcelona one of the best teams in the world. They are top of La Liga and have all the characteristics to have a great season.

‘But, as you know very well, in football, you are never sure.’