‘Right now, little Tammy is walking on the water’: Olivier Giroud speaks out on losing his place to Abraham after striker scores once again in Chelsea’s win over Lille in Champions League

Olivier Giroud has hailed Tammy Abraham’s impressive run of form after netting yet again in Chelsea’s 2-1 victory over Lille in the Champions League.

Giroud has had to play second fiddle to Abraham for most of the season with the English striker going from strength-to-strength under manager Frank Lampard.

Abraham has already scored eight goals in all competitions this season after returning from his loan spell at Aston Villa and Giroud insists he is prepared to wait his chance.

‘At this moment, little Tammy is walking on water. Listen, it’s hard to drop a striker when he’s successful.

‘I am patient. I work in training. You have to keep a good state of mind. We have a lot of games to play.’ 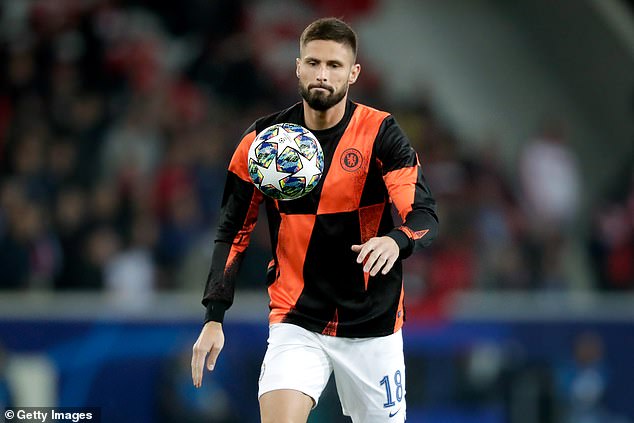