Chelsea striker Timo Werner has been ruled out of Germany’s friendly against Turkey on Wednesday with a ‘slight cold’.

Germany coach Joachim Low’s assistant Marcus Sorg told the press on Tuesday: ‘Timo Werner has a slight cold and won’t join up with the team today.’

But he did not join up with the Germany squad in Cologne ahead of the friendly against Turkey and Nations League matches against Ukraine on October 10 and Switzerland on October 13.

Sorg said they are in contact with Werner and expect him to join up with the rest of the squad in the next few days.

Chelsea defender Antonio Rudiger arrived at the team hotel a day later than the rest of the squad following a meeting with Low on Monday. 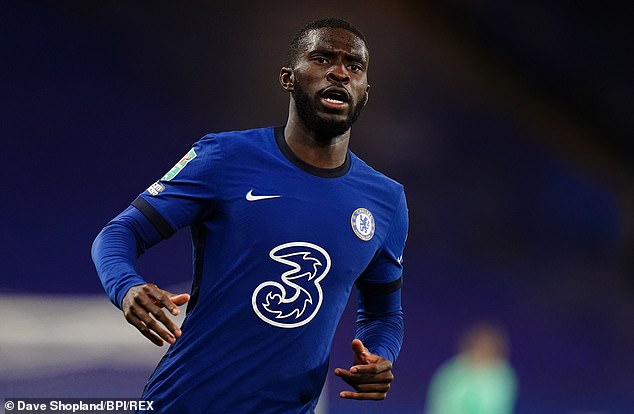 Rudiger was also delayed in joining up with his teammates amid speculation over his future on transfer deadline day, but no move materialised despite interest from Tottenham, PSG and AC Milan.

Low has confirmed Rudiger and Chelsea team-mate Kai Havertz will start the game at the RheinEnergieStadion on Wednesday night.

‘He is a player who can always raise our game, so I think he will definitely be starting tomorrow,’ Low said.