‘He wasn’t able to play… and it wasn’t the first time’: Thomas Tuchel reveals Andreas Christensen has pulled out of MULTIPLE matches, before Chelsea halt questions on under-fire Barcelona-bound star

Thomas Tuchel has confirmed Andreas Christensen pulled out of Chelsea’s FA Cup final clash with Liverpool the morning of the game, adding that it was not the first time the defender has left a matchday squad at short notice.

The Denmark international – who will join Barcelona at the end of the season – was not injured but told head coach Thomas Tuchel on Saturday that he did not want to be considered for the match because he did not feel ready to play.

Sportsmail previously revealed that Christensen would have started the game had he been available for selection and his decision to withdraw from the squad proved a major blow to Chelsea’s plans.

Andreas Christensen pulled out of the Chelsea FA Cup final squad the morning of the final, Thomas Tuchel has confirmed

His departure from the team hotel on Saturday morning left his team-mates perplexed and shocked.

Speaking about the incident ahead of Chelsea’s clash with Leicester, Tuchel said: ‘Andreas came the morning of the match to tell me he’s not ready.

‘He had his reasons, they stay private and confidential. It was not the first time as you can see. Over the last weeks that we had the same situations.

‘We thought that we are in a good progression. He played very strong in the match before the final. The conversation took place and we have to resepct it. He still has our support but for tomorrow we’re not sure.’

Tuchel defended his player though, insisting that it was not the case that the player had refused to take to the pitch.

‘I don’t think that it’s that he does not want to play. There is a big difference,’ he added. 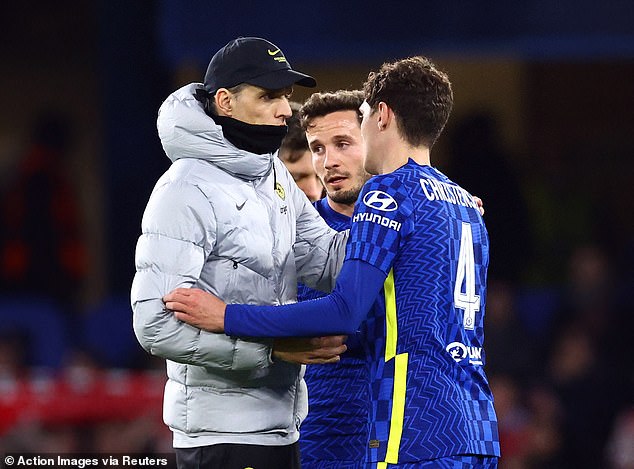 ‘I don’t know the reason but he is always very nervous. I don’t know what to say. We had to accept it and we will accept it.

‘He struggled over the last weeks as you can see when he was not in the squad, although he was physically available. So that was not completely out of the blue sky.

‘It was not the ideal situation for us because we thought we had prepared him in the best way possible in the game against Leeds. He is a key player and if you arrive in a final you want your best players available and this was not the case.’

The 26-year-old, who is reported to earn £78,000-per-week at Stamford Bridge, had played the entire 90 minutes of the 3-0 win over Leeds three days before the final. 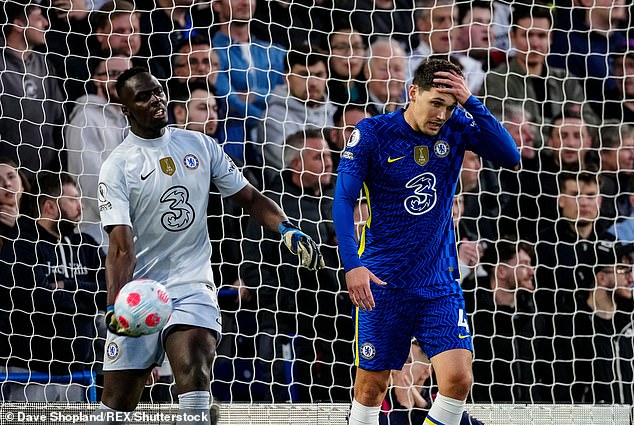 Last month, Christensen pulled himself out of the starting XI in the moments leading up to the 1-0 win over West Ham after suffering stomach cramps ahead of kick-off.

In the 4-2 loss to Arsenal, also last month, the centre-back asked to be taken off at half-time – Tuchel confirming Christensen had made the request after the game.

He has also missed clashes with Everton, Manchester United, Middlesbrough and Luton this campaign. He also missed the Carabao Cup final against Liverpool in February.

Similarly, former Chelsea manager Maurizio Sarri said of the Dane in 2019: ‘You know very well that Christensen on matchdays always has stomach ache.