Chelsea, Tottenham and Manchester City are all gunning for the Premier League title this season, but they now have something else in common after unveiling their new camouflage third kits.

Created by Nike in three different colours, the stylish strips, which will be worn predominately in the Champions League, all feature the camo design.

Summer signings Tiemoue Bakayoko and Antonio Rudiger were picked to show off Chelsea’s latest kit, which is consists of dark grey shirt, shorts and socks. 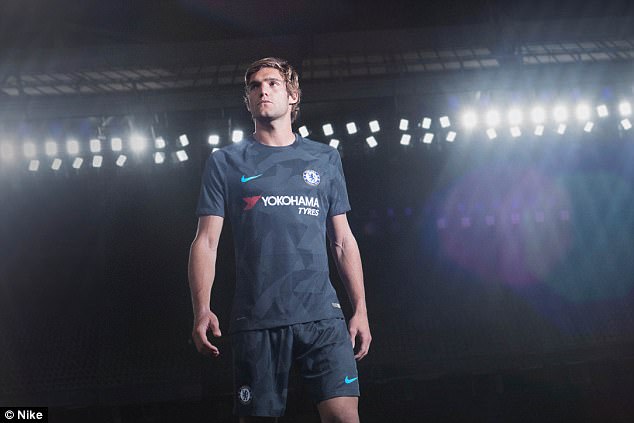 Marcos Alonso shows off the grey camouflage strip, which will be worn against Atletico Madrid 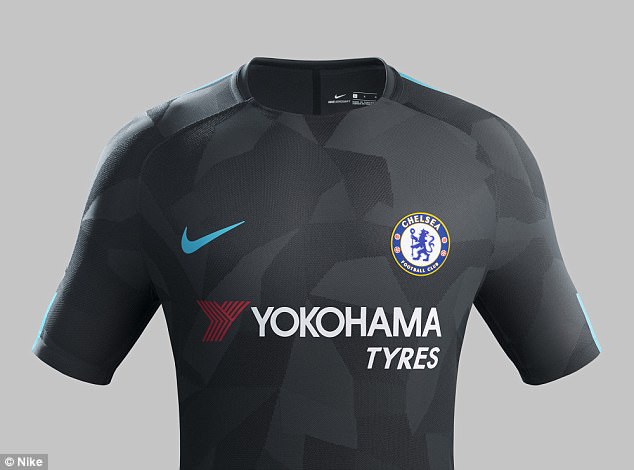 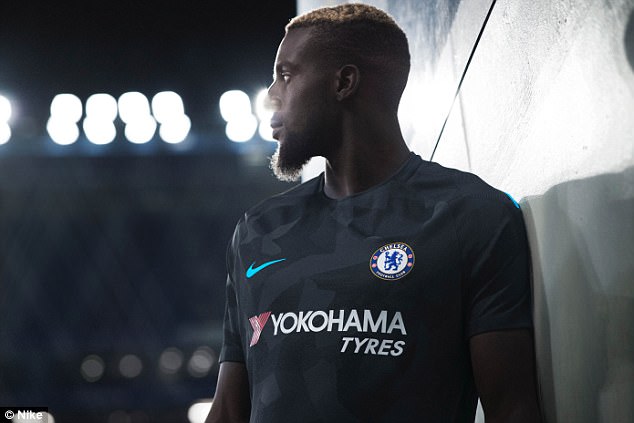 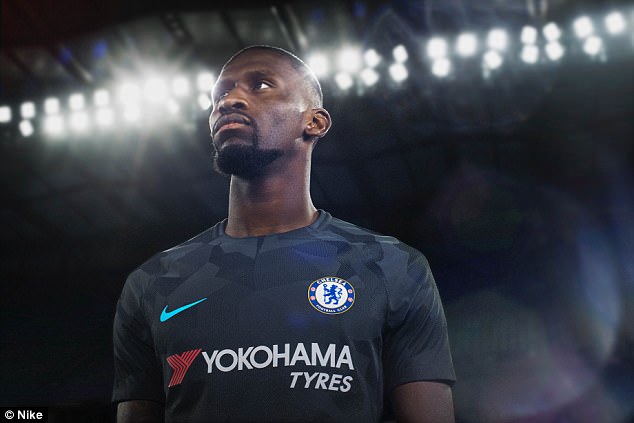 Defender Marcos Alonso also posed in the new strip, which will be worn for the first time when Antonio Conte’s side face La Liga outfit Atletico Madrid at the new Wanda Metropolitano stadium on September 27.

The kit also features an electric blue stripe on the shirt, with the same colour used for the players’ names and numbers. The club’s name is also proudly printed at the bottom of the back of the shirt.

Manchester City’s stars will sport the most traditional camouflage design, with their new strip coming in deep greens with flashes of the club’s famous blue.

New boys Danilo and Kyle Walker were picked to show off the eye-catching kit, while £50m defender John Stones also pulled it on for a photoshoot at the club’s Academy Stadium. 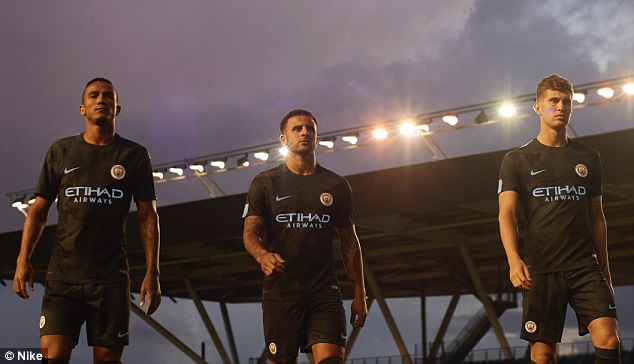 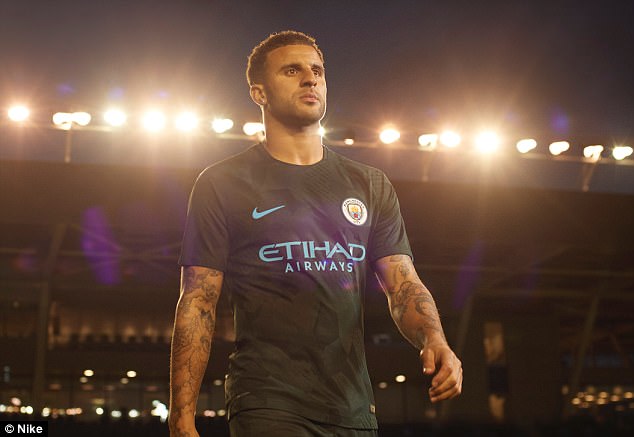 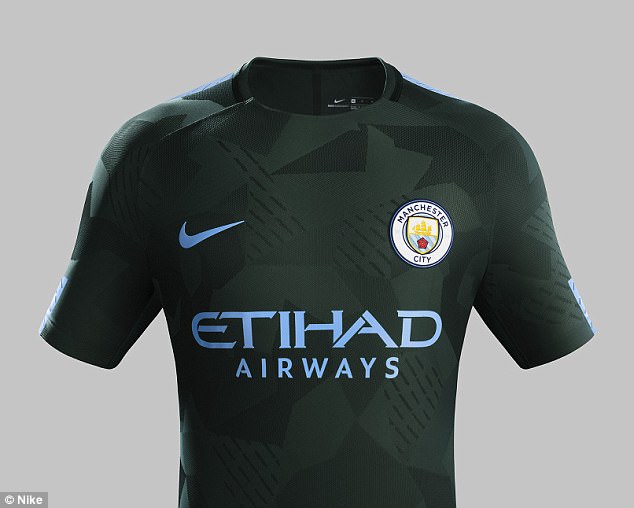 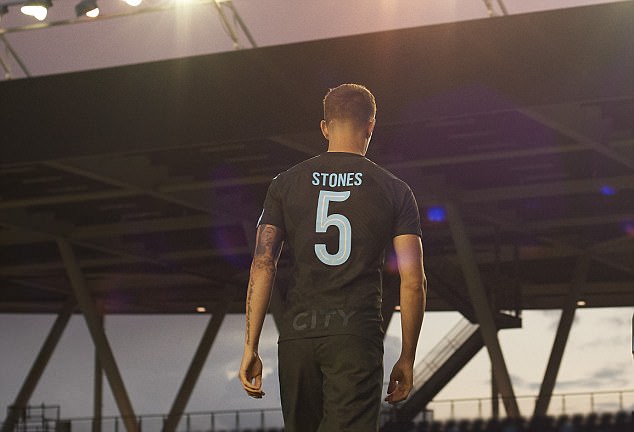 Defender Stones shows off the back of the shirt, which includes the word ‘City’ at the bottom

Pep Guardiola’s men will wear the strip during this season’s European campaign, which begins with a game against Feyenoord on Wednesday night.

Tottenham also begin their Champions League journey on Wednesday, but it will be away in Europe that Mauricio Pochettino’s side wear their striking purple strip. 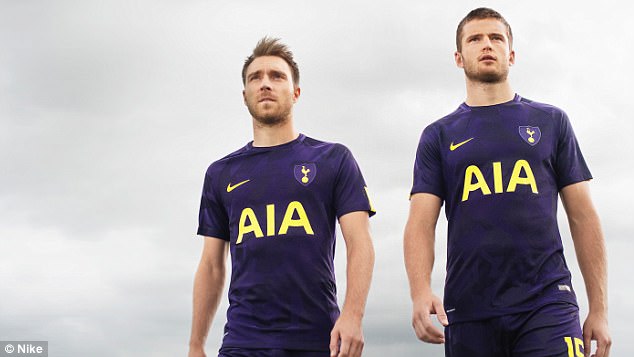