Chelsea vs Liverpool: Olivier Giroud or Alvaro Morata to start

Alvaro Morata or Olivier Giroud? Who is the likeliest to score? Who will do the most damage against Liverpool giant Virgil van Dijk and Joe Gomez?

Chelsea manager Maurizio Sarri has that choice to make at Stamford Bridge today and for the foreseeable future in the Premier League.

As Sportsmail’s Martin Keown said, Eden Hazard could win slalom gold at the Olympics and that is how he settled Wednesday’s Carabao Cup tie, but he cannot do that weekly.

Chelsea need their centre forwards to contribute goals. So far, Morata has one, scored against Arsenal back in August. Giroud has not yet got in on the act.

While Giroud was rested for their Cup clash on Wednesday, Morata played a full 90 at Anfield. That suggested Sarri will use the Frenchman against Liverpool, though the Italian coach has kept fans guessing.

Visiting manager Jurgen Klopp may not be shaking in his boots over who his defenders will face, however, and that should never be the case at a title-chasing club.

Back at Napoli in Sarri’s first season in charge, goals were scored from all angles. 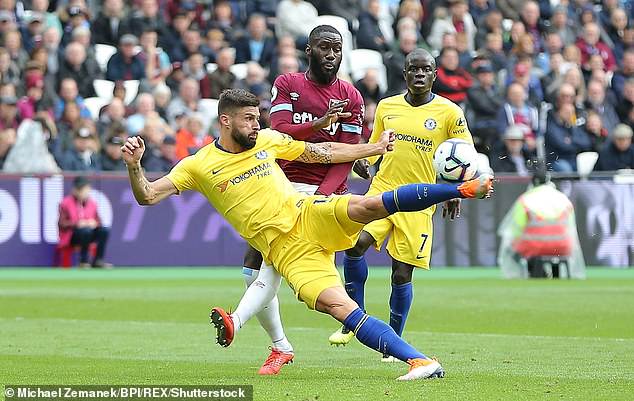 Giroud is still looking for his first goal of the season for Chelsea, but has had the chances 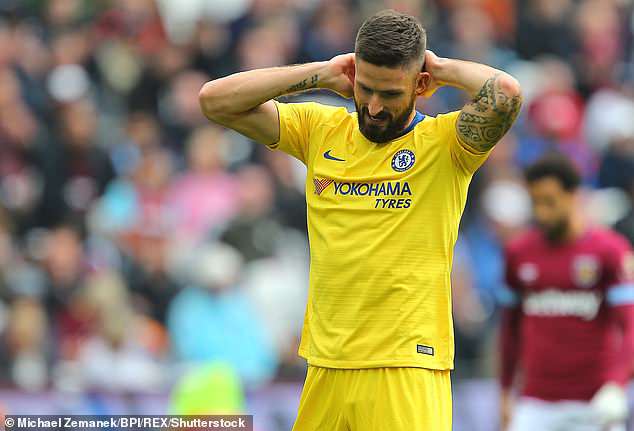 Lorenzo Insigne, an energetic left-sided attacker like Hazard, helped himself to 13 in 2016-17 for example.

Yet Sarri had his centre forward to rely on that year too, with Gonzalo Higuain scoring 38 in total. With 36 in Serie A, he equalled the league record set in 1928-29.

It is little wonder, then, that Sarri wanted to sign Higuain in the summer. The striker later joined AC Milan and said: ‘He was the only one who wanted me at Chelsea.’

So now Sarri is stuck with two centre forwards who are not scoring, putting the pressure on Hazard.

With Giroud, Chelsea’s win percentage is 55.6 per cent. Without, it is 50. With Morata, Chelsea win 61.1 per cent of the time. Without, 50. There is little difference in that department. 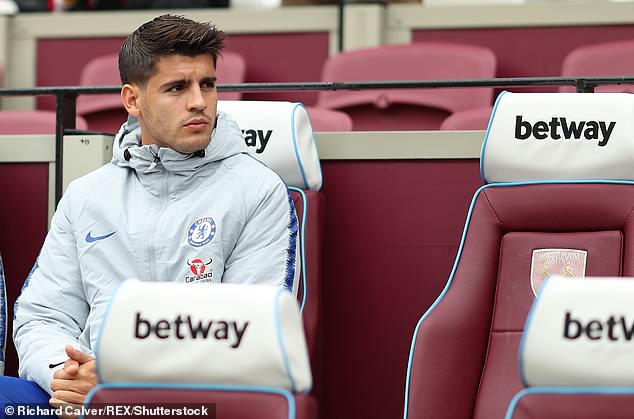 Morata was brought in for big money from Real Madrid, but has found himself on the bench

Last week against West Ham, Giroud was hooked after 65 minutes. He had done little, and his movement was poor at the London Stadium. On came Morata and it finished 0-0.

The Spaniard was unfortunate, given one of Lukasz Fabianski’s saves came when the ball simply smashed against his face, but it was another missed opportunity.

Giroud is a part-record holder in the Premier League. Of all the players to score goals as a substitute, he sits second in the list with 19. Only Jermain Defoe’s 24 beats him.

Some will say that is his best role and that £70.6million Morata should get the nod. It is clear the forward relies heavily on confidence. 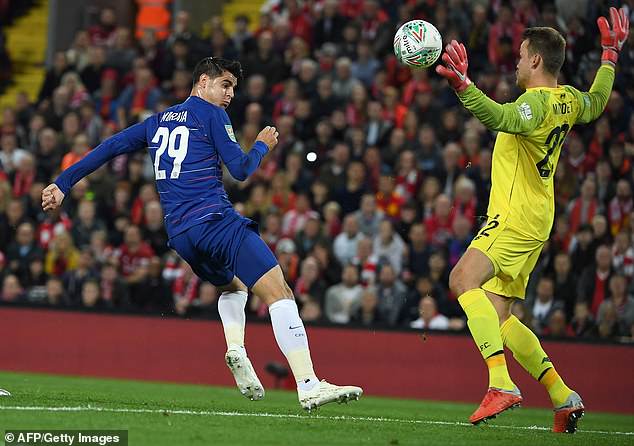 PL GOALS AS A SUB

That would then leave £18m Giroud to do what he does best – come off the bench and have an impact.

Certainly against large defenders like Liverpool’s Van Dijk, Morata could have some joy. Scoring with his head is a skill of his and Chelsea enjoy a cross, having produced 86 this season, the third most in the Premier League. Expect more of those today.

Whoever Sarri decides, he will later know it was the right or wrong choice, depending on the outcome. Hindsight, as always, is a wonderful thing.

Against Liverpool in the Carabao Cup, Hazard came on and pulled a rabbit out of a hat. He will not do that week in, week out, and it is time Morata and Giroud joined the party. 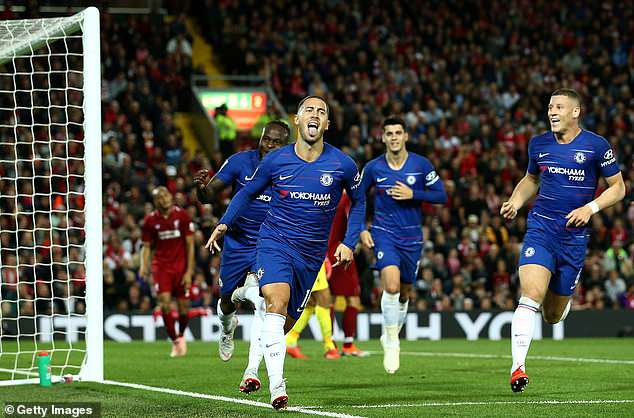