Chelsea produced a second-half fight-back to seal a third successive Women’s Super League title with a 4-2 victory over Manchester United.

Emma Hayes’ side did it the hard way after going behind twice in the first half as United threatened to spoil the party.

It was as if Chelsea had forgotten to flick a switch before kick-off. They looked uncharacteristically nervous and United punished their defensive lapses. 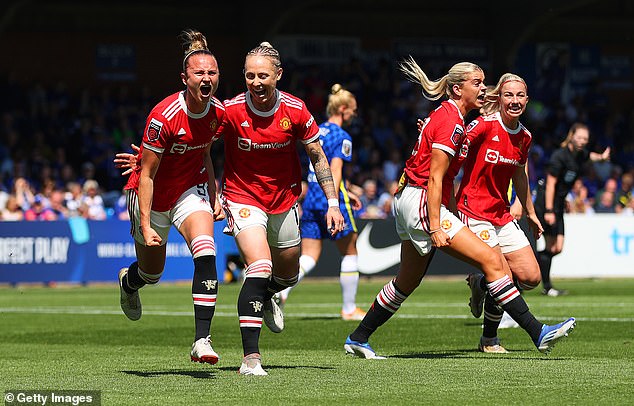 But just when they needed a spark, up stepped their player of the season Sam Kerr to score two exceptional second half volleys. The first, with her weaker left foot, flew in a minute after the restart. The second, her 20th goal of the season, made it 4-2 after Guro Reiten had put the Blues ahead 15 minutes earlier.

Hayes had always been adamant the title race would go down to the wire with north London rivals Arsenal breathing down their necks.

The Gunners led the way for the first half of the season after a 3-2 victory over Chelsea on the opening day of the season. But a 2-0 defeat by Birmingham at the start of the year handed the advantage back to the blue half of London.

It has been a marathon rather than a sprint for Chelsea and this has perhaps been the hardest of Hayes’ five league titles. 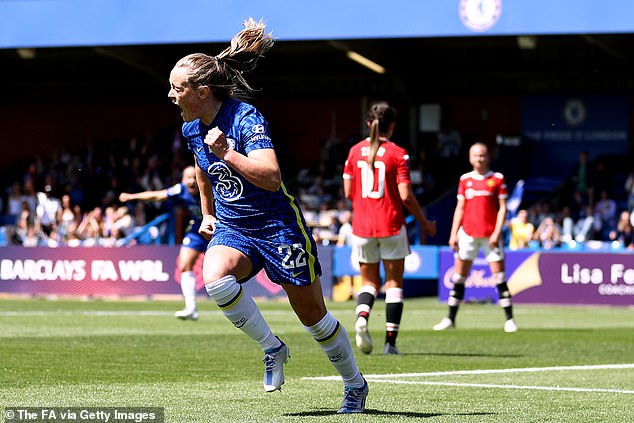 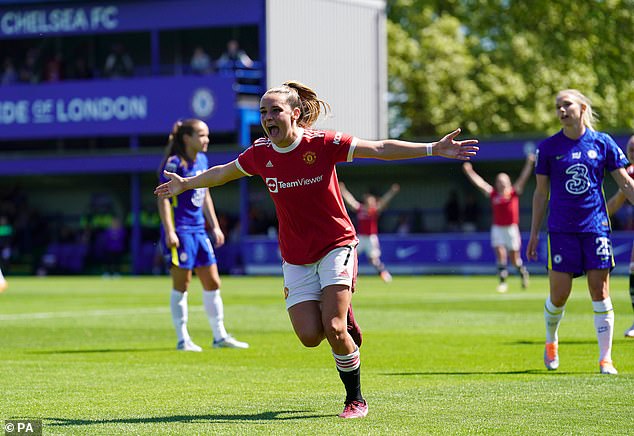 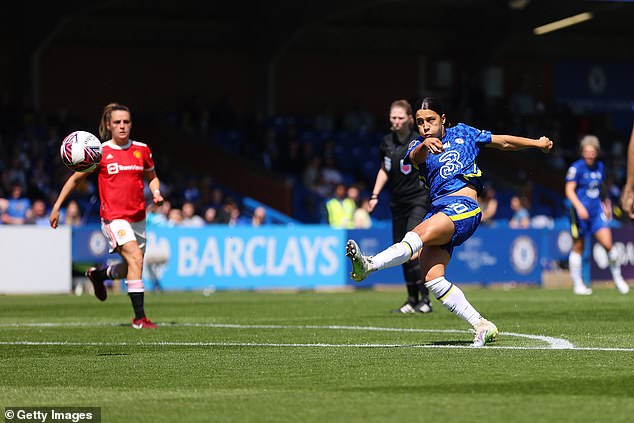 It was a different story after the break, with Sam Kerr equalising a minute into the second half 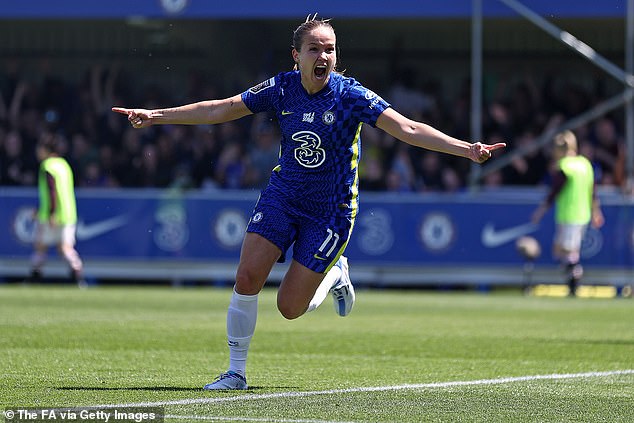 A final day clash with United, who needed to win to have any chance of finishing third, always looked like a tricky final day match and it proved to be.

It was United who started on the front foot and in the 13th minute Martha Thomas put them ahead, meeting Katie Zelem’s free-kick to head into the top corner. Erin Cuthbert quickly restored calm with a superb half-volley to bring Chelsea level five minutes later. But United were ahead again mid-way through the first half when Toone’s volley deflected off Jonna Andersson and into the near post.

Hayes wasted no time in changing tactics as she brought on Beth England and Ji So-Yun at half-time and her decision was vindicated as Chelsea levelled within a minute of the restart. England’s cross found Cuthbert in the box. Her shot was blocked and bounced up to Kerr, who volleyed into the top left corner.

Five minutes later, Chelsea were ahead. Ji played through Pernille Harder on the left-wing and the forward cut-back for Reiten, who side-footed the ball past United goalkeeper Mary Earps.

Kerr has come up with many title-winning moments throughout the season. There was her stoppage time winner against Aston Villa back in March and her two goals in narrow 2-1 victories over Tottenham. But she arguably saved the best of her 20 goals for last.

Earps’ pass hit Reiten and bounced up to Kerr 25 yards out from goal. The forward chested the ball and then volleyed goalwards. Time seemed to stand still as Earps scrambled to get back but it was no use, the ball flew into the net and Kerr ran over to the Chelsea bench. Job done. 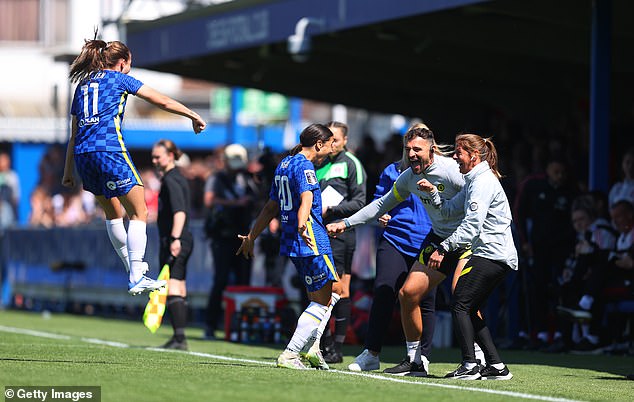 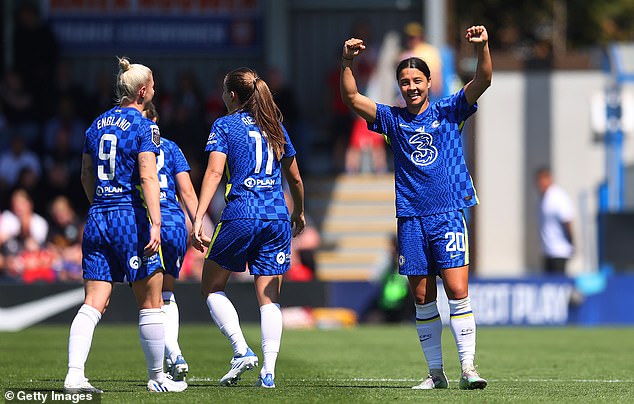