Chelsea midfielder Mason Mount is now a doubt for England’s final two Euro 2020 qualifiers after being forced off injured during his side’s 4-4 Champions League draw with Ajax on Tuesday night.

The 20-year-old went down clutching his ankle after colliding with Donny van de Beek in the 60th minute at Stamford Bridge.

He was unable to continue, the club’s medical staff helping him as he limped off the pitch to be replaced by Callum Hudson-Odoi. 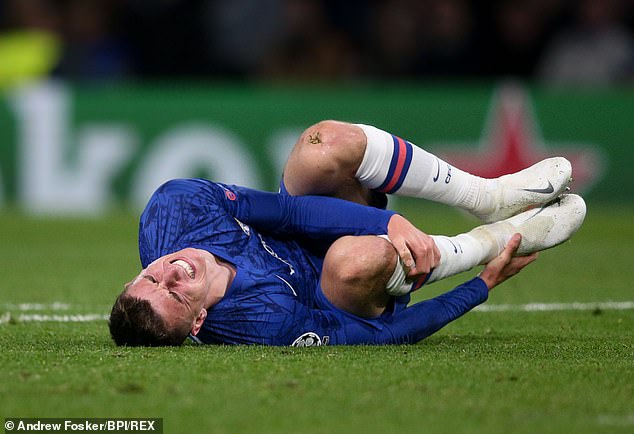 ‘They’ve strapped his ankle and hopefully it’s relatively minor but it’s one for the morning,’ said Chelsea boss Frank Lampard following the game.

Mount has represented his country four times and was expected to be included in Gareth Southgate’s squad, which is due to be named on Thursday.

The Three Lions host Montenegro at Wembley on November 14 then travel to Kosovo three days later. A victory in the first of those games will secure qualification.

Before that Chelsea must determine if he will be fit in time to feature at home to Crystal Palace on Saturday. 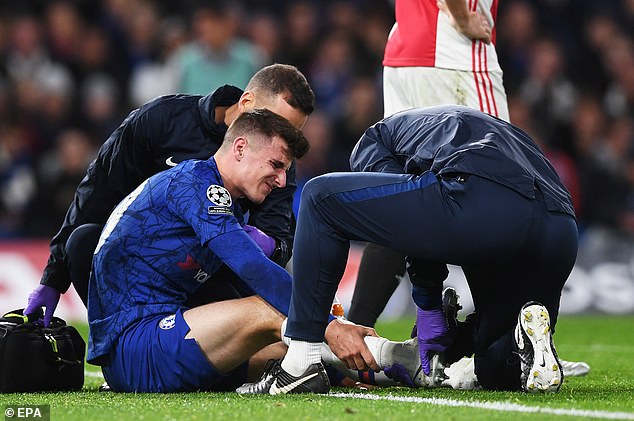