Chelsea striker Alvaro Morata was caught on camera making an obscene gesture towards Barcelona fans after they taunted him at the Nou Camp on Wednesday night.

The Spaniard was left on the bench for the Champions League last-16 tie second leg by Antonio Conte but was brought on with around 25 minutes to play.

Morata was then goaded by the Barca fans as a result of his Real Madrid background and hit back at the chants by shaking his genitals in their direction while waiting for a corner to be taken.

Barca fans took a swipe at Morata’s struggles at Stamford Bridge this season by chanting: ‘Eres muy malo’, which translates as ‘you are very bad’.

It is also claimed they shouted ‘Madridistas son’s of b*****’ towards the Spaniard.

Morata was heavily booed when he replaced French striker Olivier Giroud as Chelsea sought a way back into the tie in the second half. 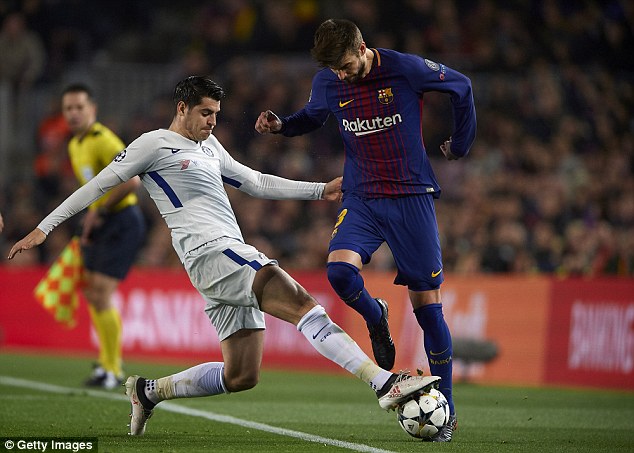 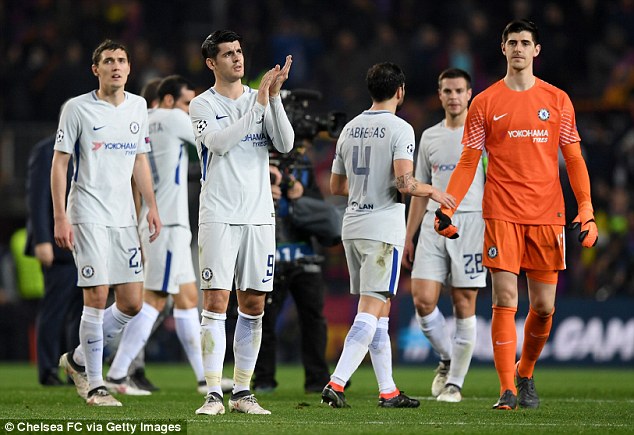 VIDEO: When Alvaro Morata came on vs. Barcelona, fans began chanting, ‘Madridistas son’s of b*tches’ and ‘Morata you are so bad’. He responds by gripping his balls towards the crowd:https://t.co/1K5RblRpmH

The Nou Camp club advanced to the quarter-final stage with a 3-0 win at home on Wednesday night, but the scoreline did not accurately reflect the pattern of play for much of the game.

Moments of Lionel Messi magic, including two goals and an assist for Ousmane Dembele, defined the match and secured a 4-1 aggregate scoreline for Barcelona.