Get used to it, Todd! Chelsea’s new US owner Boehly rides a rollercoaster of emotion in the first home game of his ownership… as he jumps for joy in the director’s box at first – but is left devastated by a last-minute Tottenham equalizer

Todd Boehly was given a memorable first taste of Premier League football as he watched his Chelsea side take on Tottenham in his first game at Stamford Bridge since a $5.15billion takeover of the club.

Boehly may have to get used to the rollercoaster of emotions he experienced at the game, which saw Chelsea twice go ahead, before being pegged back to 2-2 – a Harry Kane equalizer in the 96th minute the final hammer blow.

The American was seen jumping for joy when Kalidou Koulibaly put the Blues ahead, but by the end of the match he had his head in his hands after seeing Kane’s leveller. 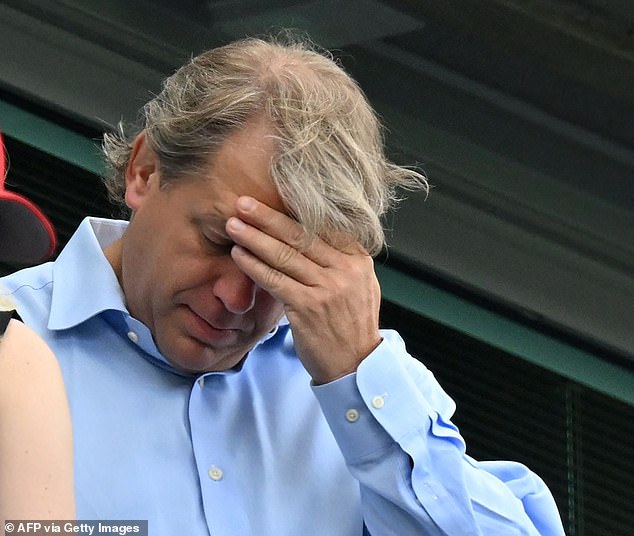 It was a rollercoaster afternoon for Chelsea, though, as Harry Kane equalized in 96th minute 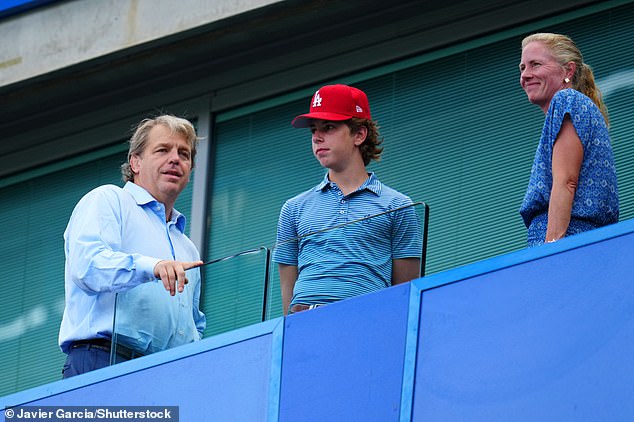 The new Chelsea owner was pictured before the game alongside his wife Katie (R), and his son

There was also huge controversy on two separate occasions as Thomas Tuchel and Antonio Conte clashed on the sidelines, which ended with both given straight red cards.

Boehly has been in London for several weeks and will have been pleased with the Blues’ 1-0 opening weekend win against Everton last Saturday, and now the team have four points from two.

The official announcement that the Boehly-Clearlake consortium was taking over Chelsea was made on May 30, however Thomas Tuchel and his new owner were drawing up battle plans well before then.

Former owner Roman Abramovich sold the club in May after his assets were frozen by the UK government in retaliation to Russia’s ongoing invasion of Ukraine.

The Russian bought the club in 2003 and endured 19 years of immense success as he watched his superstar-laden squads conquer England and Europe, winning 21 trophies as owner. 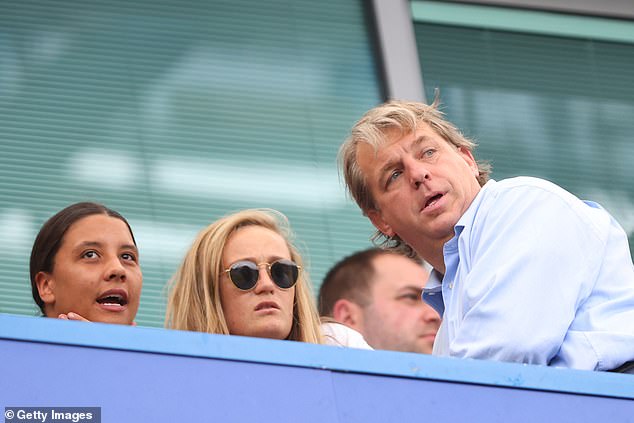 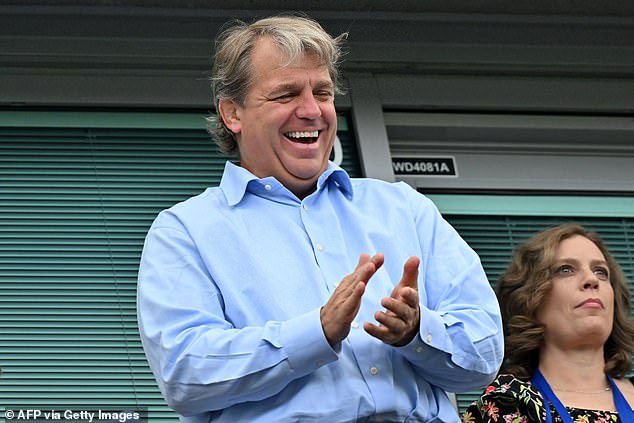 Speaking ahead of the Tottenham game, Tuchel suggested Spurs took advantage of Chelsea’s chaotic situation to get a jump on their London rivals, insisting any claims from Antonio Conte that there is a gap between the two clubs is make-believe.

‘They took advantage of their situation in that they have a stable club, the ownership was clear. It was clear that they reached the Champions League and took advantage to reinforce their squad very early. It was very straightforward.

‘They had a calm pre-season. The roads were clear. It seems like they are a bit ahead of us from the start — out of the blocks — but it does not mean that you win the race just because you win the start.’

In an Instagram post ahead of today’s game, Chelsea legend John Terry passed on his well wishes, writing on Instagram: ‘I would also like to wish Todd and the new ownership all the very best.’ 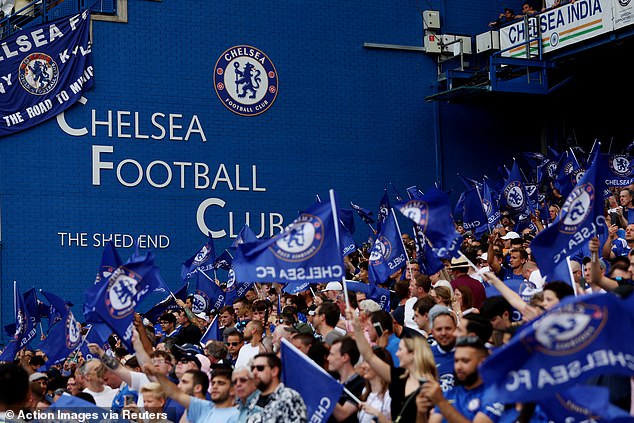