Another Chelsea clean sheet on Wednesday night and they are Champions League quarter-finalists. Easier said than done, admittedly — particularly when Luis Suarez rolls into town.

But during a period when the attack is spluttering, the onus will once more fall on the defence to get Chelsea over the line. Leading 1-0 from the first leg, they will not be daunted by the prospect of keeping a sixth consecutive clean sheet.

Since his arrival in January, Thomas Tuchel has led his team to 10 shut-outs in his 12 games in charge and they have conceded just one goal since February 20, when they drew 1-1 at Southampton.

It is just as well because the goals have dried up. Chelsea have scored five in six games — including two penalties and an own goal.

‘This is no problem but we need to be more precise and focus better on our decision-making, technique and how to finish,’ explained Tuchel.

‘Our strikers are aware of that and they have the highest demands of themselves. We are not pointing fingers but we speak about the points very clearly.’

While the club’s expensively-assembled forward line stutters, the re-emergence of Antonio Rudiger as the bedrock of Chelsea’s rearguard has been one of the comeback stories of the season.

Rudiger’s Chelsea career looked over last summer. He was frozen out by then manager Frank Lampard and was close to leaving on loan. Paris Saint-Germain, managed by Tuchel at the time, was Rudiger’s preferred destination.

But then came the lure of a certain former Chelsea manager. Sportsmail revealed in September that Tottenham boss Jose Mourinho had attempted to bring Rudiger across London. 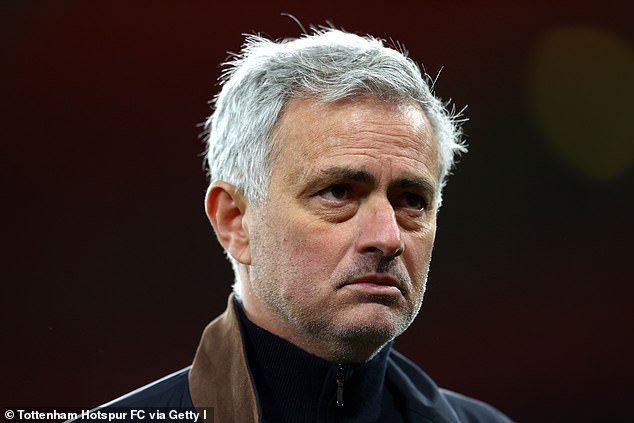 ‘There were two teams — but mainly one team I was considering,’ said Rudiger. ‘PSG and there was a call with Mourinho but this didn’t happen. I was a bit upset because I knew my situation was that I would not be playing that often.’

Fast forward eight months and Rudiger is a key man under Tuchel, playing a lead role in Chelsea’s charge up the Premier League.

On Wednesday night, he will be tasked with quelling the threat of Suarez and Joao Felix.

Rudiger quashed any suggestions of bad blood between himself and Suarez following their fiery confrontation during the closing stages of the first leg after the Atletico forward pinched the Chelsea defender’s inner thigh.

‘To be honest I just saw on social media after the game he pinched me,’ said the German. ‘But in the game itself, I didn’t really feel it. Between me and him it was just emotions. Nothing special.’ 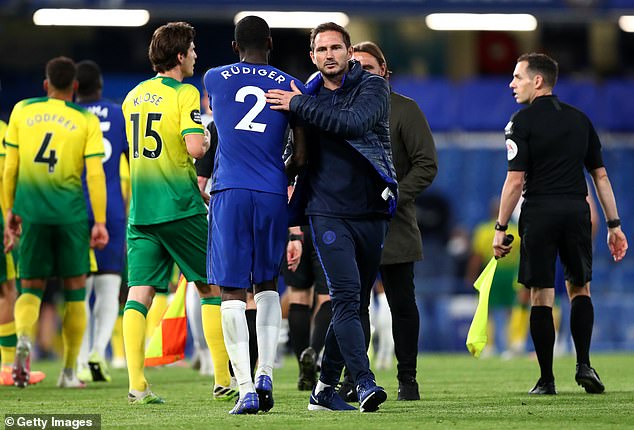 But just as Rudiger, 28, emerges as one Tuchel’s most trusted generals, uncertainty about his long-term future has emerged.

Chelsea are running the risk of allowing his contract to enter its final 12 months with no talks planned over a new deal until after the European Championship.

Rudiger, who joined Chelsea from Roma for £31million in 2017, has hinted he is open to extending his current deal.

‘Me and the club know how much I like this club so it’s down to people who make these decisions,’ he said. ‘But, at the moment, I will concentrate on important matches and targets. The rest, I’m sure we will resolve it.

‘I’ve always said I love it here at Chelsea. Chelsea will always be my priority.’