Christian Pulisic has admitted to being frustrated by limited playing time at Chelsea this season but said he will look to build momentum after an impressive cameo against Southampton.

Since completing a switch from Borussia Dortmund to Chelsea in the close season, Pulisic has started three Premier League games and was left out of Frank Lampard’s squad completely when Chelsea beat Lille in the Champions League last week.

Mason Mount, Ross Barkley, Willian and Pedro have all usurped the 21-year-old American forward, who still awaits his first goal for Chelsea.

Christian Pulisic, 21, has admitted to being frustrated by limited playing time at Chelsea

‘Obviously I haven’t been getting as many minutes as I would like,’ Pulisic told British media.

‘I’m not just going to throw a fit and give up ever, so if I’m on the bench it doesn’t mean the gaffer doesn’t think I’m a part of the team.

‘Of course (it was difficult to be left out at Lille). You want to play, be on the field and be in the team as much as you can and it hurt not to be there but I’m happy I got my opportunity at Southampton.’ 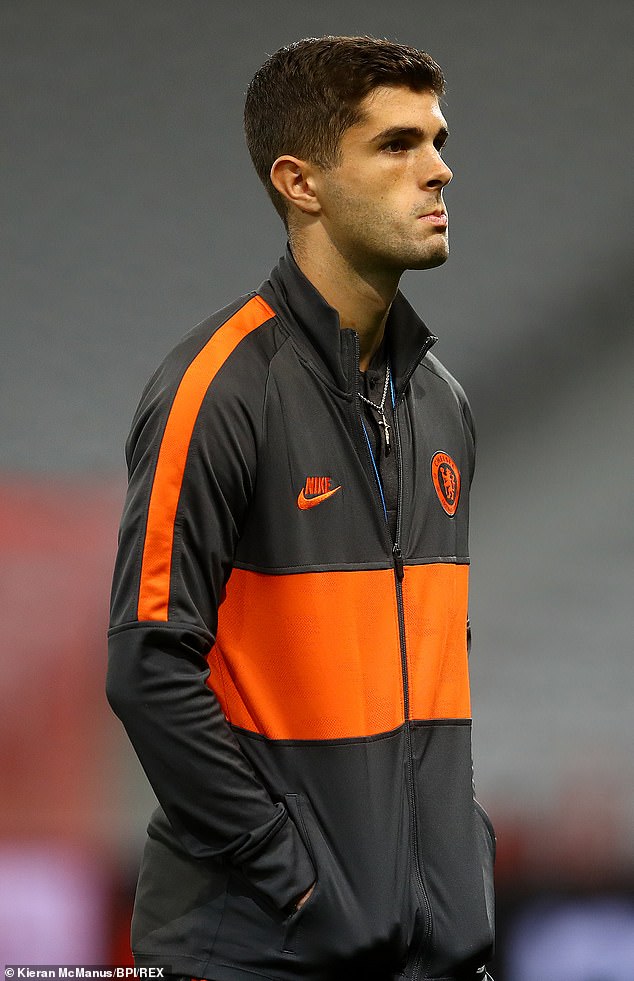 Pulisic looked sharp as a late substitute in a 4-1 league win over Southampton on Sunday, creating an assist for Michy Batshuayi’s goal at St Mary’s Stadium.

He said the £58-million transfer fee has not weighed him down but he is aware of criticism of his performances.

‘You can’t completely ignore it. I don’t live under a rock,’ he said. ‘I hear things, I see things, but I do my best to block it out.

‘The outside opinions don’t matter as much to me as to what’s in the team and myself and the people who care about me.’ 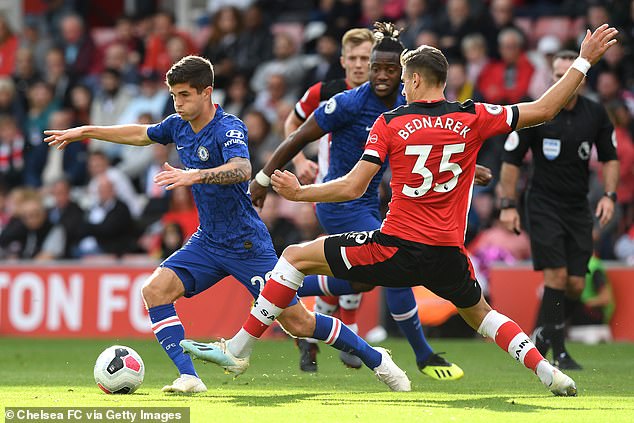 ‘It hurt not to be there but I’m happy I got my opportunity at Southampton,’ he said 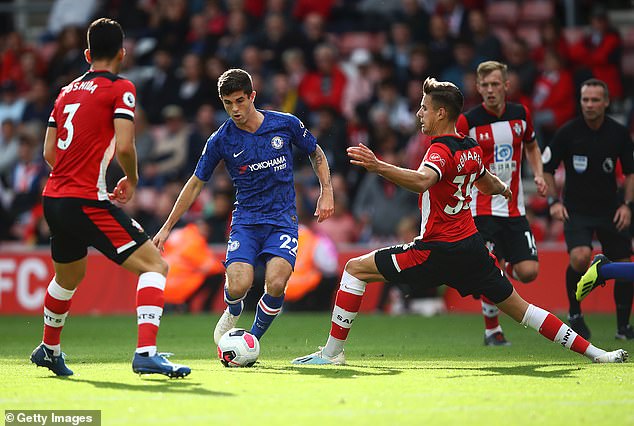