The greatest trick Antonio Conte ever pulled was the transformation of Chelsea’s defence.

Conte switched to a back three and in the subsequent 32 games, they conceded just 24 goals. 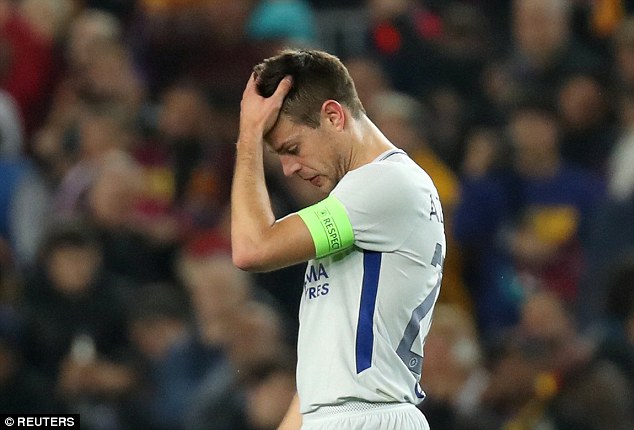 Even Cesar Azpilicueta was guilty of a mistake, giving the ball away for the third goal

In doing so, he seemed to have turned Victor Moses and Marcos Alonso into high-quality wing backs, rebooted David Luiz and found a new position for Cesar Azpilicueta. (He excelled in it, as he had done in his other two).

So when dissecting the end of Conte at Chelsea, it wasn’t the defensive frailties that you expected to dwell upon.

Of course, the loss of Diego Costa, the lack of goals form Alvaro Morata will also be right up there in assessing where it all went wrong in that tricky second season. But last night Chelsea were gave a performance which was very unexpected.

And not all in a bad way. But the defensive errors were stark. It hardly helped that Thibaut Courtois delivered a most-uncharacteristic error-strewn performance, nutmegged twice by Messi and failing to get strong hands on Osumane Dembélé’s strike.

This wasn’t the audition he planned for Real Madrid. But it didn’t begin and end with Courtois. Chelsea generally looked unsure of themselves and, bizarrely for a Conte side, unravelled under pressure with little sense of positional co-ordination. 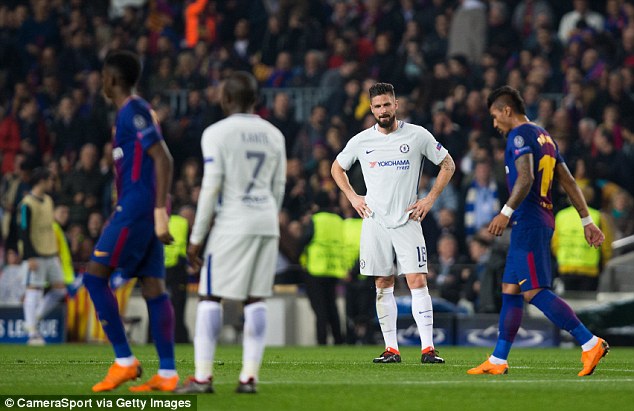 Some mitigation should be offered: Conte took the game to Barcelona in the Nou Camp. After the dirge provided by Jose Mourinho on Tuesday night at Old Trafford, this was welcome relief.

It’s hard to complain about managers who seemingly never take a risk and then jump on a manager who takes a game to an excellent side.

However, as Mourinho would doubtless be quick to point out, Conte paid the price for ambition.

Alonso and Moses pushed on aggressively, which was admirable. However, on the numerous occasions Chelsea did find space – and they did it so much more often than you might have expected at the Nou Camp – their delivery was substandard, Moses, particularly, struggled.

And it was noticeable that when Demebélé scored on 20 minutes, when Messi robbed Cesc Fabregas and skipped through Andreas Christensen’s challenge, that the wing backs weren’t in sight.

Chelsea had been on the attack, both had advanced and were caught off guard by Fabregas losing the ball. N’Golo Kante also didn’t make it back either, an indication that he too was pushing on.

Had Chelsea been more clinical up front – and the post, the bar, a penalty not given and a Kante/Fabregas mix up indicate a degree of misfortune – perhaps Conte’s bravery would have been rewarded with a tight game. 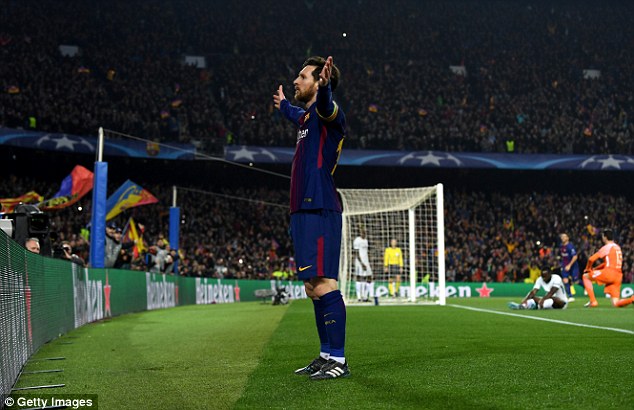 As it was, Chelsea just looked haphazard at the back. For the third goal, even Cesar Azpilicueta was reduced to errors, giving the ball away for Luis Suarez to feed Messi.

These two legs have been a tough induction to the rigours of the elite for Christensen.

He’s has looked quite the player in the Premier League. But even early on in the first leg, he looked spooked by this Barca team and eventually made the mistake that let them back in the game at Stamford Bridge.

Here, he wasn’t solely culpable and he won’t be the last player to misjudge a challenge on a sprinting Messi; but his mis-timed tackle as Messi set up the second smacked of coltish inexperience. 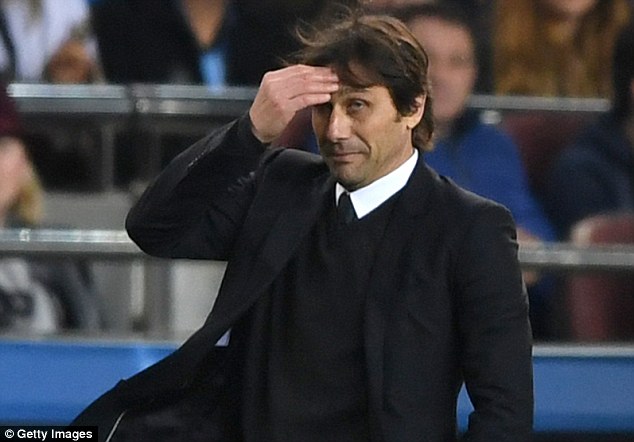 His body shape as Suarez advanced to set up the third also lacked authority. He though ought to come through this experience and come back better.

Conte won’t get that chance even if the FA Cup offers some redemption. The first leg against Barca demonstrated what a fine coach he is, especially in drilling a defensive performance. His inaugural season in the Premier League won’t be quickly forgotten, for the same reasons.

He will doubtless argue that he was never given the tools to finish the job, to build on what he had unexpectedly constructed last season. But, blame the owner or blame the manager, Chelsea have regressed.

The organised collective of last season looks anarchic at times. If Luis Enrique is shortly confirmed as the successor, there is plenty of work to do.