‘I do very well under pressure’: Timo Werner fires back at critics and claims he CAN handle the scrutiny of his £53m price tag despite Chelsea forward’s barren goalscoring run

Timo Werner has hit back at critics over his £53million price tag and recent poor goal return for Chelsea, saying he can handle the pressure such a high value brings.

The spotlight is firmly on the Germany international as he tries to regain the form that has brought him eight goals since he moved to Stamford Bridge this summer.

Werner has not netted in his last eight games in all competitions, but claims he has dealt with such pressure before. 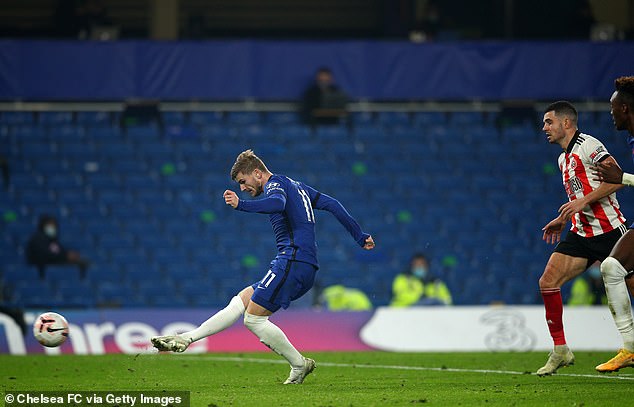 ‘It does matter how much you cost,’ Werner told Chelsea’s official website.

‘It’s always a bit of pressure when you come to a new club and you want to score by your own but now you also want to score for your new team-mates, for your club.

‘You have to score and the pressure you have in every new club, but I think I can handle it very well because I got the same pressure at my old club and everybody wanted me to score. It’s not something new to me but now it’s a new ground from where I’ve been so it’s new people and new players around me. 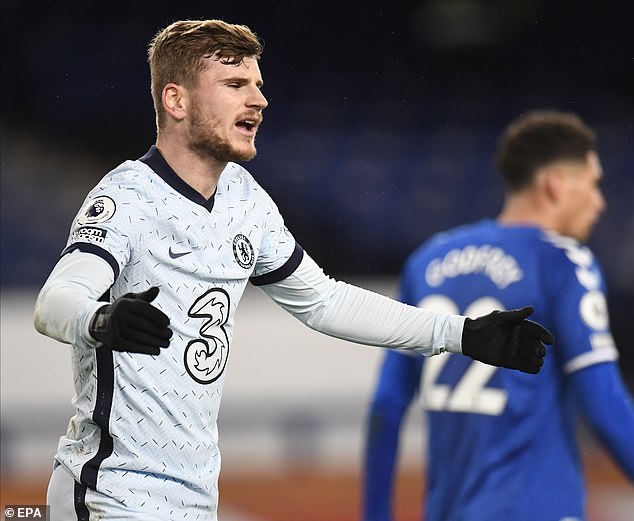 ‘So the pressure is a little bit higher than the last years but I think good footballers are the best under pressure and that’s my plan, I can do very well under pressure.’

Werner has previously said the Premier League has made him a more robust player, but he admitted that he was not prepared for just how physical English football is. ‘The Premier League is a little bit different to my old league that I used to play in,’ he said.

‘I have to say it’s tougher than I thought. The contact here is harder than in Germany, it’s what I expected but not like this.’

Chelsea take on West Ham at home in the derby on Monday where Werner will be looking to end his goal drought.

‘The beginning was very good, now a little bit after a lot of games I don’t know if its normal but I’m struggling a little bit,’ he said. 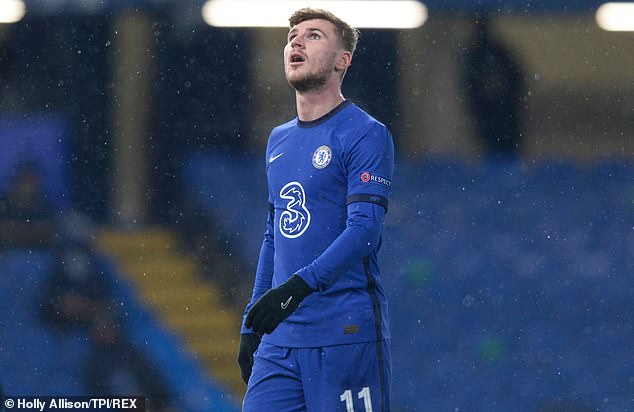