Chernobyl control room where radiation is 40,000 TIMES the norm will open for TOURISTS

The control room at Chernobyl will open to tourists more than 30 years after the disaster – despite it still having 40,000 times the normal levels of radiation.

Visitors wearing protective suits and masks will be able to look around the Unit 4 control room in the Chernobyl Nuclear Power Plant where the disaster began.

Rare and apocalyptic images reveal the decaying room where in 1986 the plant’s staff made a series of fatal errors then lost the battle trying to prevent the disaster.

Aleksandr Novikov, the head deputy of the Chernobyl plant’s technical director said: ‘Leonid Toptunov who was on duty that night was my friend.

‘He helped to fight with the consequences. He pumped water in the ruined reactor after the explosion and died three weeks later.’

Journalists visiting the control room of the plant’s fourth reactor at the Chernobyl nuclear power plant, in Chernobyl, Ukraine 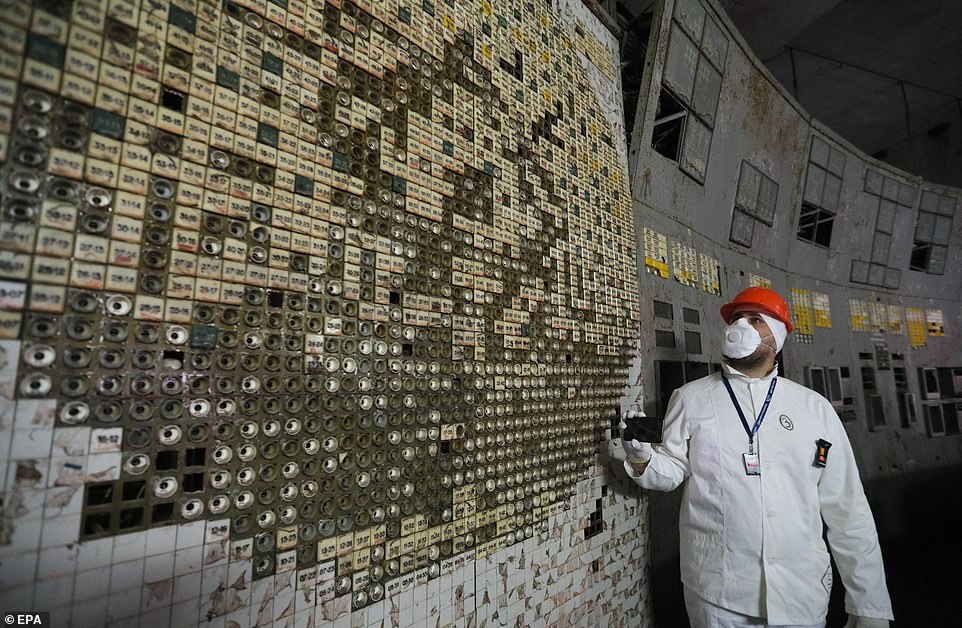 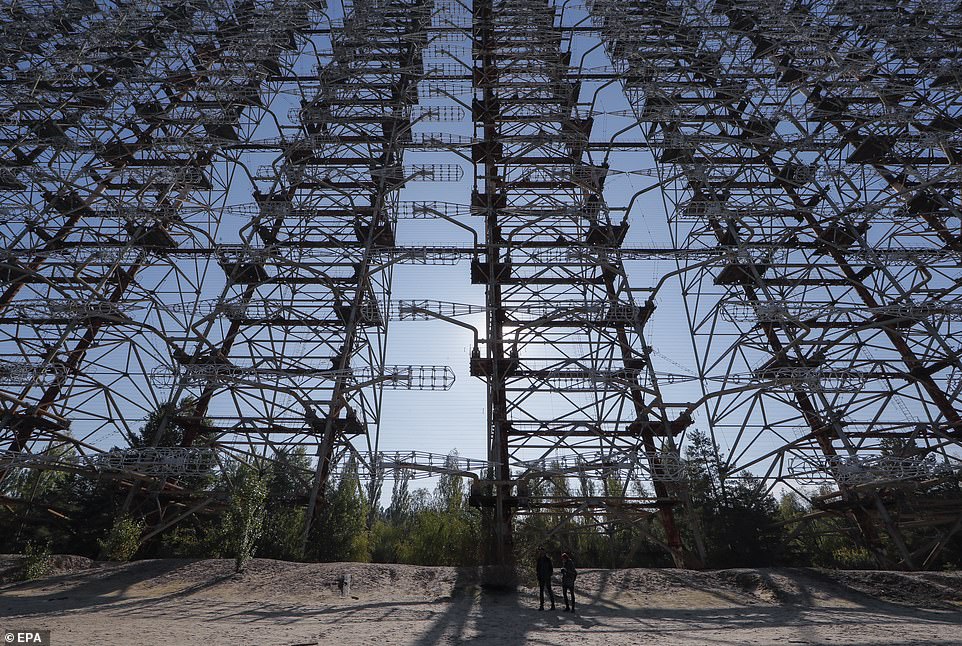 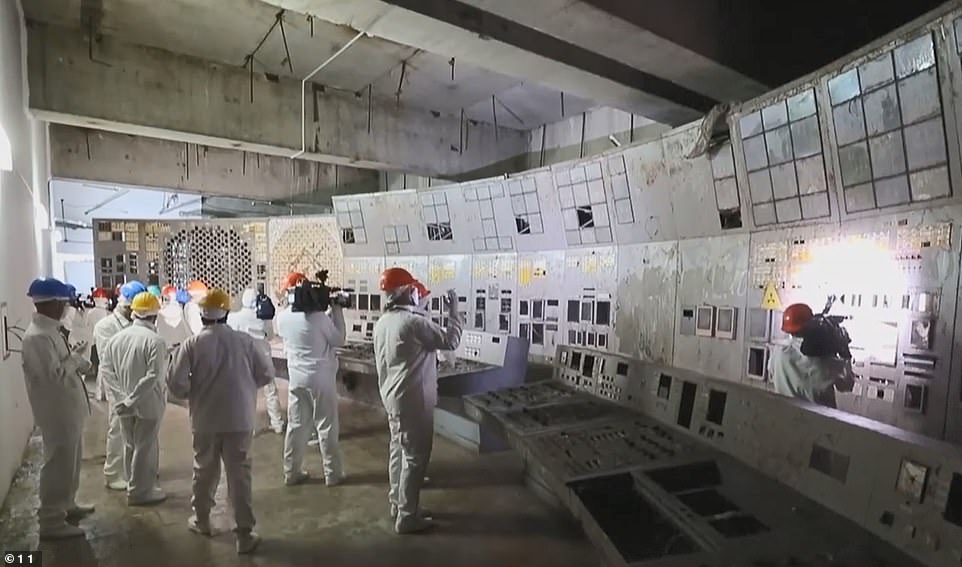 Chernobyl’s control room where radiation exceeds the norm by 40,000 times is to be opened for tourists. Pictured are members of the media being shown around the site

After the release of the HBO series Chernobyl, the place became one of the most popular destination among tourists around the world.

The State Agency of Ukraine on Exclusion Zone Management is designing the 21 new tourist routes to feed the growing interest.

One of the new routes will put tourists inside the control room where the disaster began.

The control room is in Unit 4 where the nuclear reactor exploded. The radiation in the room currently exceeds normal readings by 40,000 times. 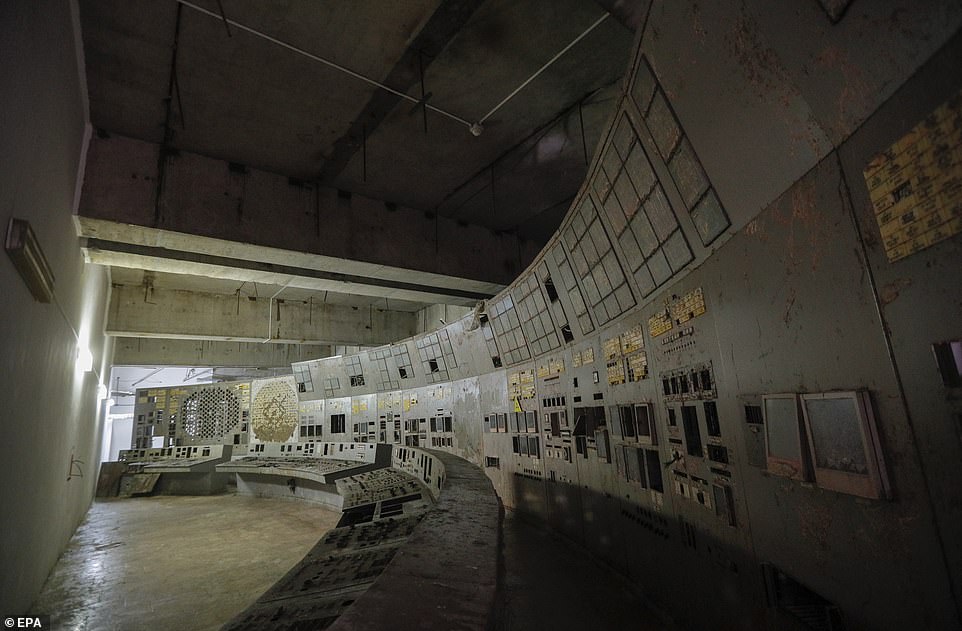 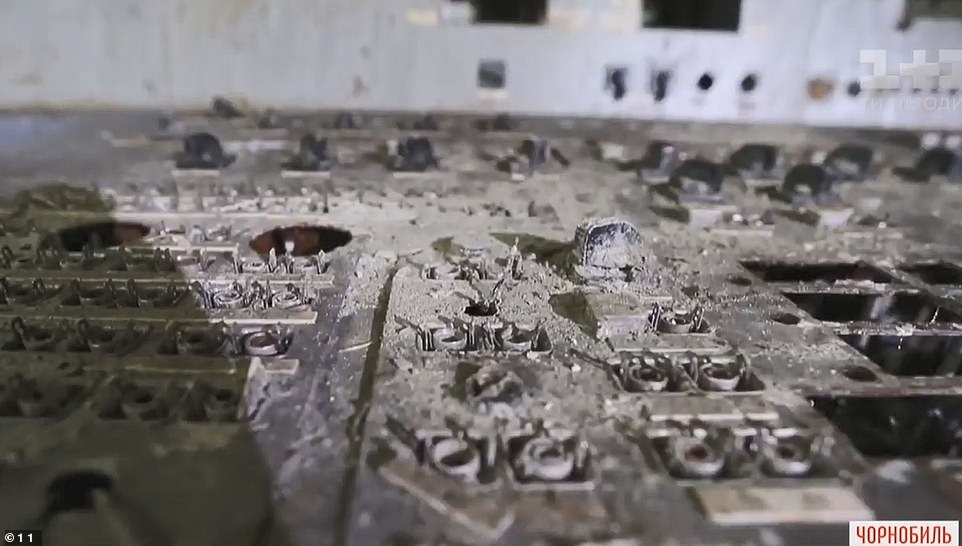 The dusty controls of the control room in Unit 4 where the 1986 nuclear reactor meltdown began. Radiation is still very high and visitors can only stay in the room for up to five minutes 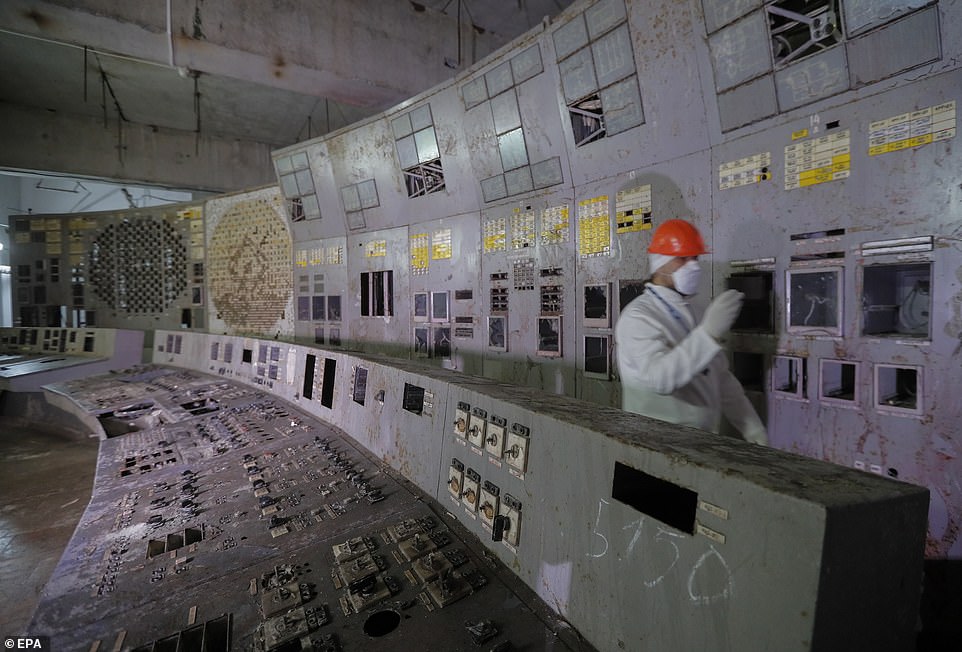 Radiation in the control room currently exceeds normal readings by 40,000 times. Visitors have to wear protective masks, suits and helmets 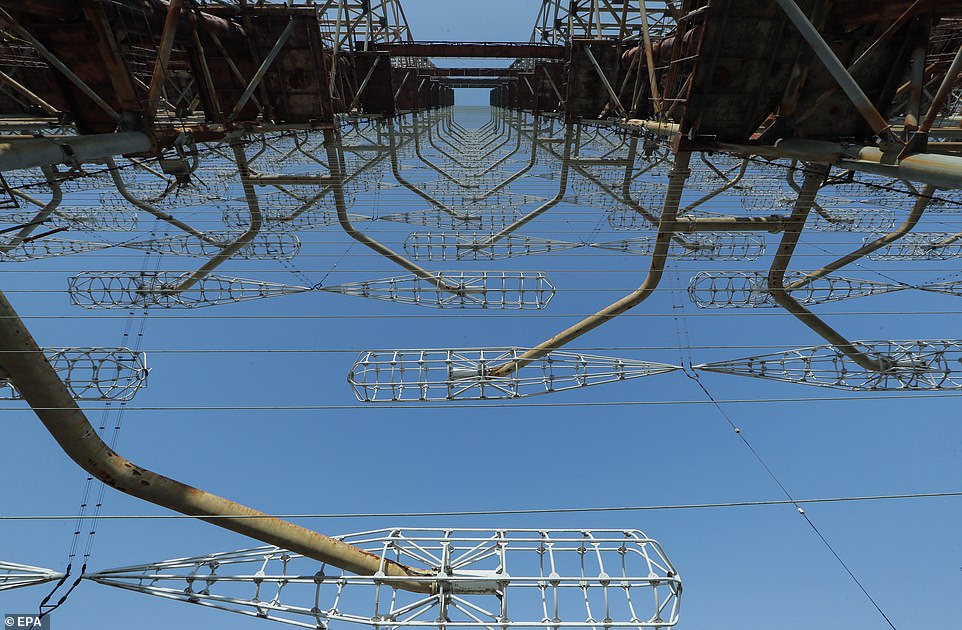 The the remains of the over-the-horizon radar system not far of Chernobyl. It was a part of the former Soviet Union missile defence radar network with early warning which operated to April 1986 and stopped after the plant disaster

Tourists will be given face masks, anti-radiation suits and large industrial boots before being allowed to visit the room.

They will be able to observe the room only for five minutes because of the deadly radiation.

According to Chernobyl staff, the place is extremely blood-chilling and even five minutes are enough to remember it for the rest of one’s life.

Vitaly Petruk, the head of the state agency said: ‘The HBO series boosted the interest to Chernobyl. Everybody now wants to see more and we are going to satisfy the demand.’

During this year, 85,000 people from around the world visited Ukraine to see the notorious site, local media report.

The Chernobyl disaster occurred on April 26, 1986, at unit number four in the Chernobyl Nuclear Power Plant.

The staff on duty made errors during a safety test that triggered the nuclear reactor’s explosion. 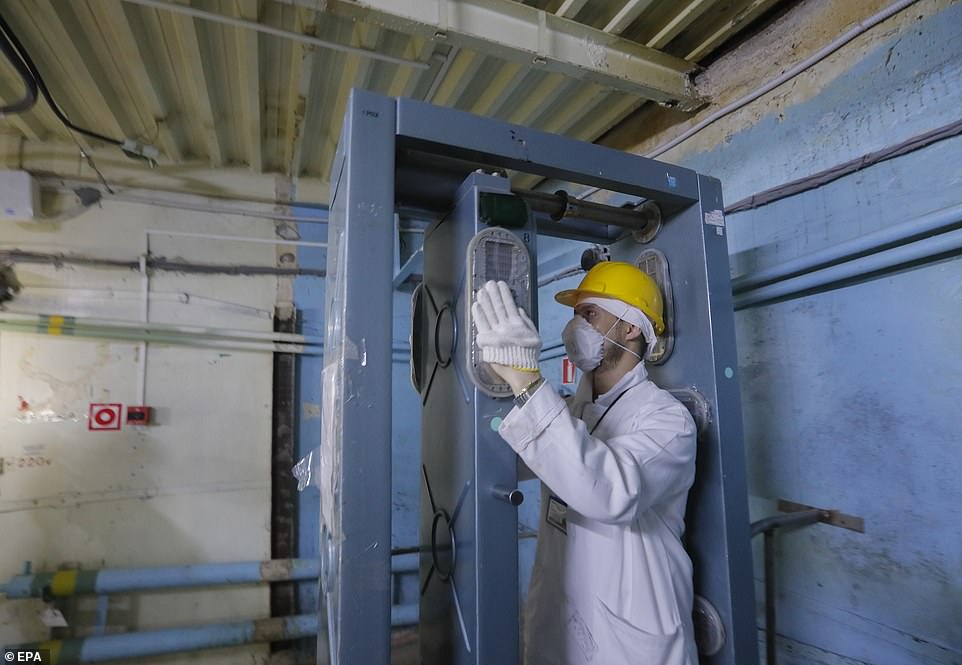 According to Chernobyl staff, the place is extremely ‘blood-chilling’ and even five minutes are enough before having to leave the area 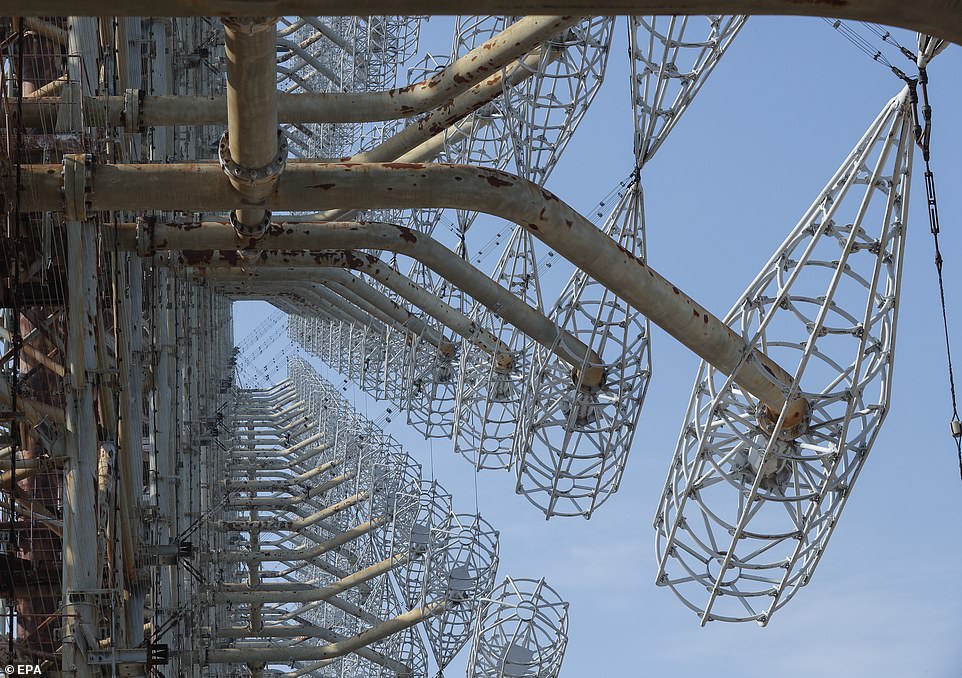 The explosion of Unit 4 of the Chernobyl nuclear power plant in the early hours of April 26, 1986, is still regarded as the biggest accident in the history of nuclear power generation 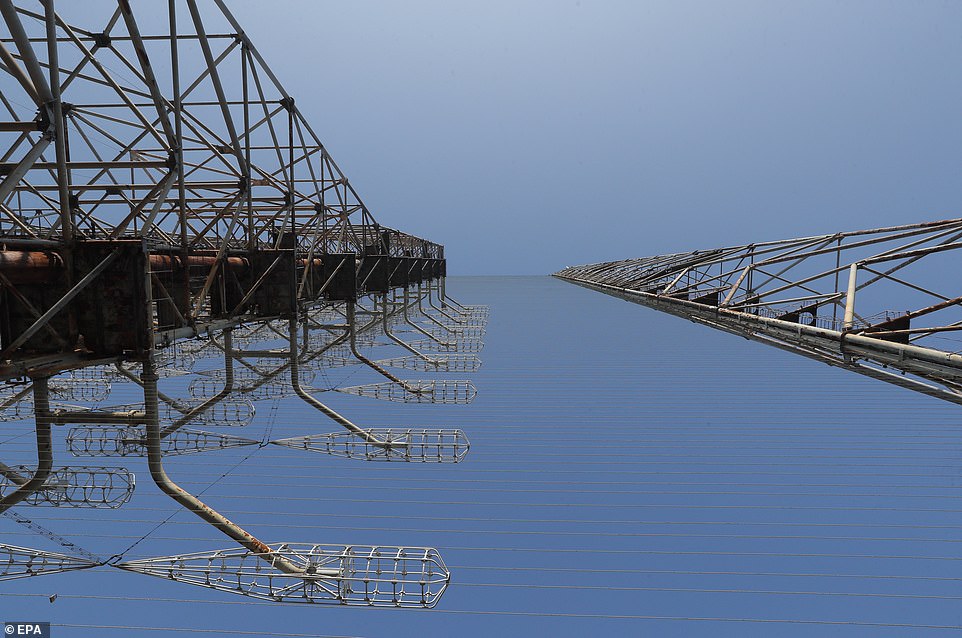 The ‘Duga’ radar system, where as they were facing nuclear disaster on an unprecedented scale, Soviet authorities tried to contain the situation by sending thousands of ill-equipped men into a radioactive maelstrom 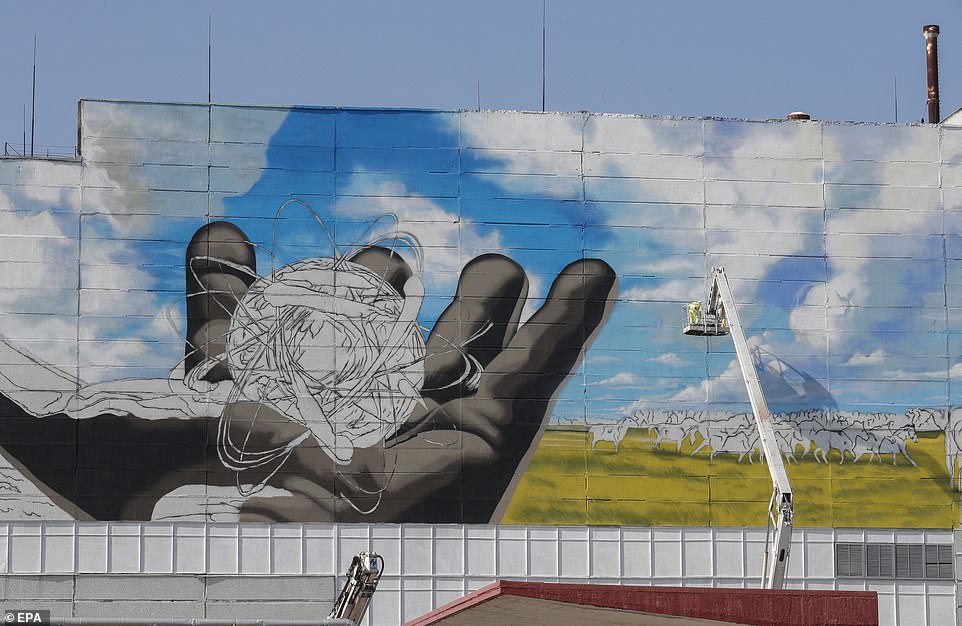 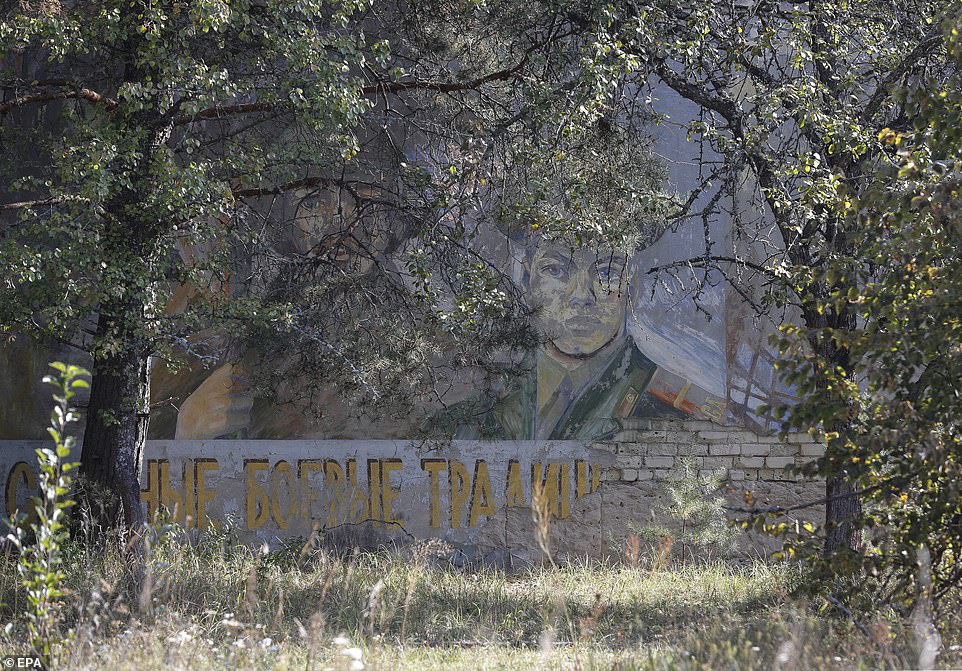