She’s the nation’s sweetheart who baffled fans earlier this week after debuting a brand new look.

And now Cheryl, 35, has said her face has ‘completely changed’ since giving birth to her son Bear, 19 months ago.

In an interview with the Sunday Times Style magazine, the popstar, who’s been in the public eye since she was just 19, also said she’s learned to love her insecurities and becoming a better person since giving birth to her Bear last year.

Transformation: The star was almost unrecognisable (left) compared to her X factor judging days (right in 2009)

‘My whole body, even my face, everything’s changed since Bear was born’ she said.

The former X Factor judge added she doesn’t mind that her son, who she shares with Liam Payne, 25,  caused her look to change because she feels better now.

‘But I feel like I’m better than who I was. I don’t care what my body looks like in that respect. I created a life! I’m amazed by myself. And I’m kinder to myself because of it. I focus less on my insecurities, because they’re so much less relevant’ she said. 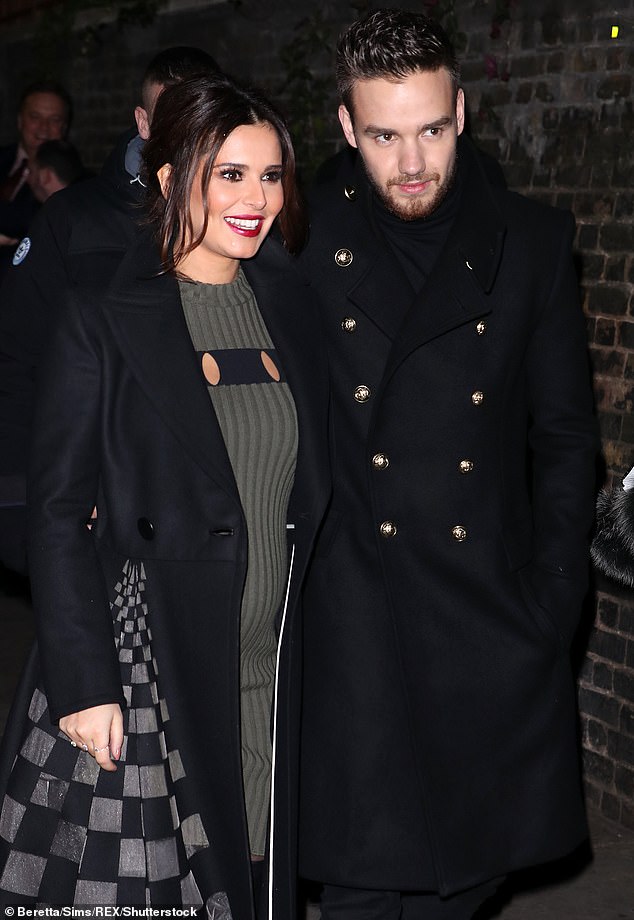 Secure: The former X Factor judge added she doesn’t mind that her son, who she shares with Liam Payne, 25, caused her look to change because she feels better now (pictured with Liam while pregnant with Bear in 2016)

Gone were her trademark hair extensions in place of a short bob which was styled into loose curls.

Some of her fans later took to Twitter to question if and why her appearance seemed different. 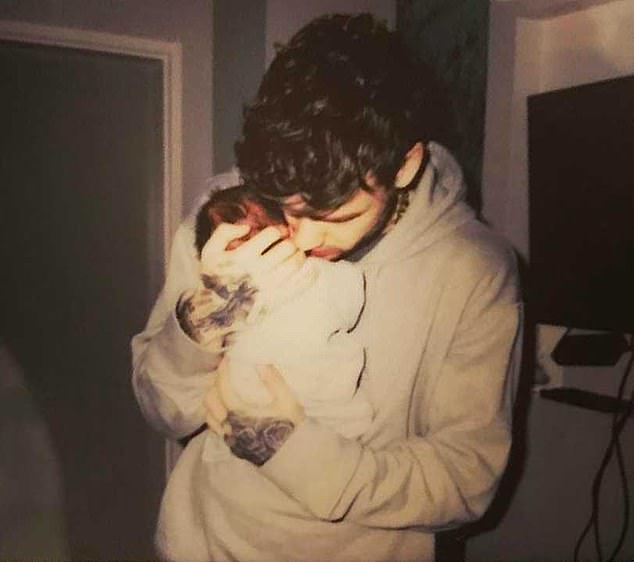 Doting dad: Ex-Liam shared this picture with baby Bear when he was first born. The pair remain on good terms since their split earlier this year

But others said that it’s her face and she can do what she wants with it – although there’s nothing to suggest that Cheryl has had any cosmetic procedures.

They wrote: ‘I’m at a loss as to why Cheryl has chosen to amend her features, but it’s her face and her choice. #cheryl.’

‘I don’t known what she has done to her face but it’s not for the best. Sorry.’

‘Cheryl’s new song aint too bad but what has happened to her face.’

She later tweeted that she ‘still had a pillow crease’ on her cheek while doing the interview.

The Fight For This Love Hitmaker said: ‘Still had a pillow crease on my face this morning for my @CapitalOfficial interview guess that’s what happens when you go to sleep at 2 and wake up at 5:30 thanks everyone who joined me. Love you all.’ 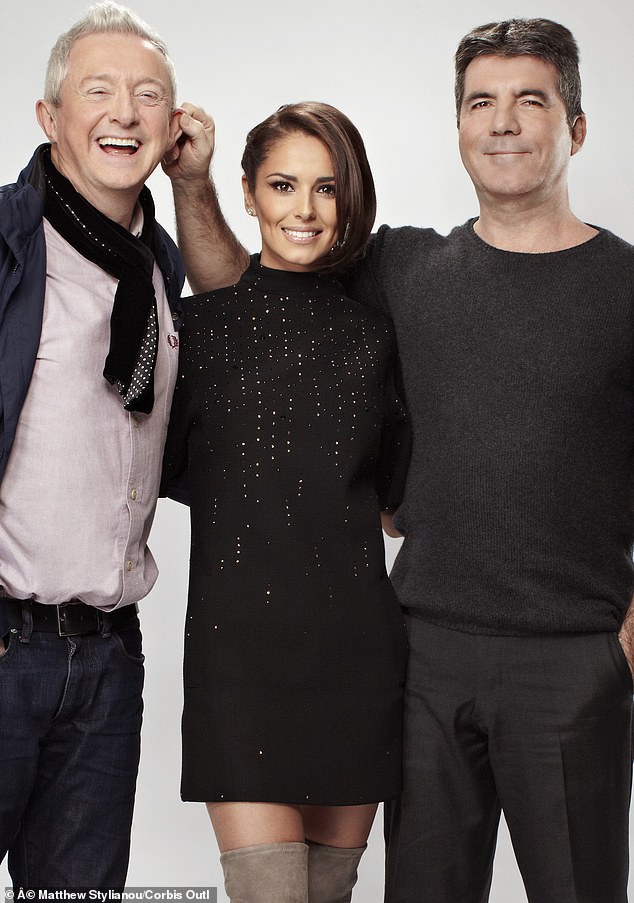 Cheryl’s comeback hit follows a four year music hiatus, during which time she had therapy divorced restaurateur Jean-Bernard Fernandez-Versini and had a baby – and later split – from Liam.

She added to Style magazine: ‘You’re looking at a completely different person. You really are. I feel like I’ve had two lives. Me before Bear and me with Bear. I’ve always had shyness and that’s gone. I was always floating around just not sure of anything, and now I’m certain. I feel like a woman now.’

Cheryl added in the interview that she’d happily talk about her son all the time, as she gushed that becoming a mother has made her more confident and self-reliant. 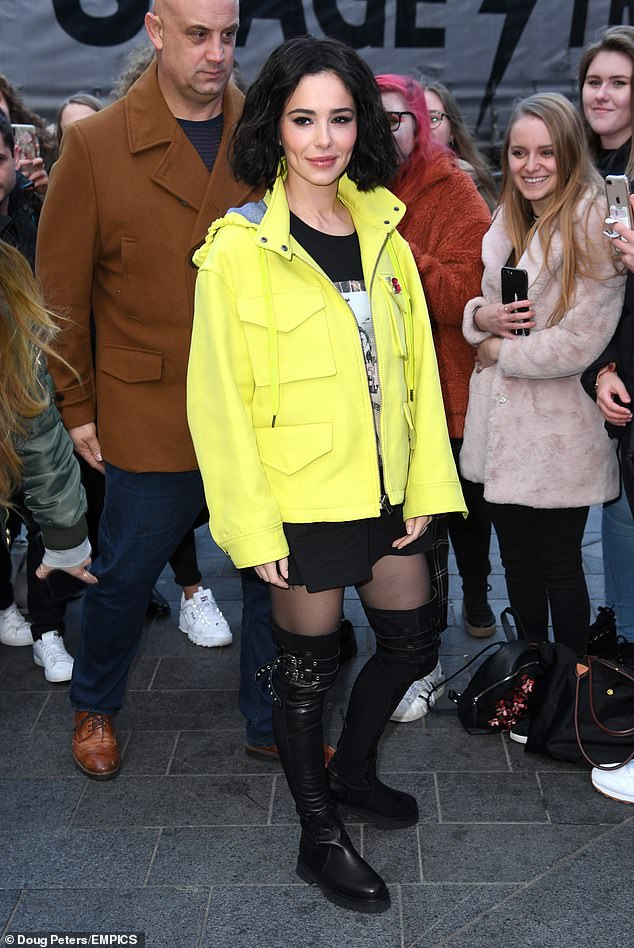 Cheryl said: ‘You’re looking at a completely different person. You really are. I feel like I’ve had two lives’

Saying that she now defines her life as before and after having Bear, the popstar also said that his birth has made her change into a completely different person now.

She explained that she raises Bear without a nanny as it’s such an ‘alien’ concept to her to have someone else take care of him, and she even lets the toddler sleep in a crib that fits onto her bed.

Bashing any potential mum-shamers, the singer said they should ‘shut the f*** up’ and mind their own business rather than tell parents how to raise their children.

Cheryl and Liam are still on good terms, with the One Direction star recently congratulating her on the new music.

Showing his support for his former flame, Liam tweeted: ‘Congratulations @CherylOfficial on your first release in 4 years can’t wait for everyone to hear the rest.’

Proving things are amicable between herself and her ex, Cheryl liked Liam’s tweet. 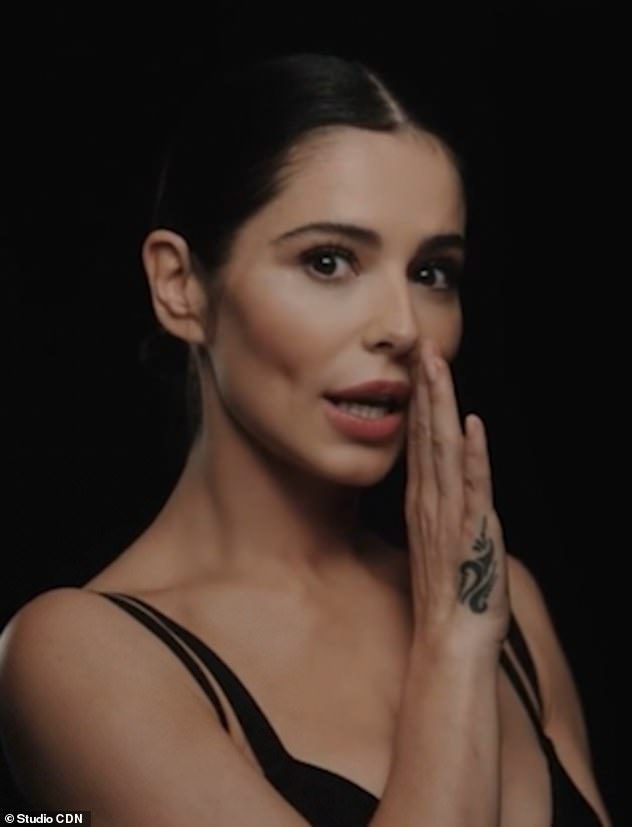 Honest:Cheryl and Liam are still on good terms, with the One Direction star recently congratulating her on the new music

Cheryl had claimed her love splits were bad for her health in her comeback diss track, Love Made Me Do It.

In the video, the mother-of-one, wears a series of sexy outfits, such as a bra top and thigh-high baggy leather cream boots, which showcase her gym-honed abs. 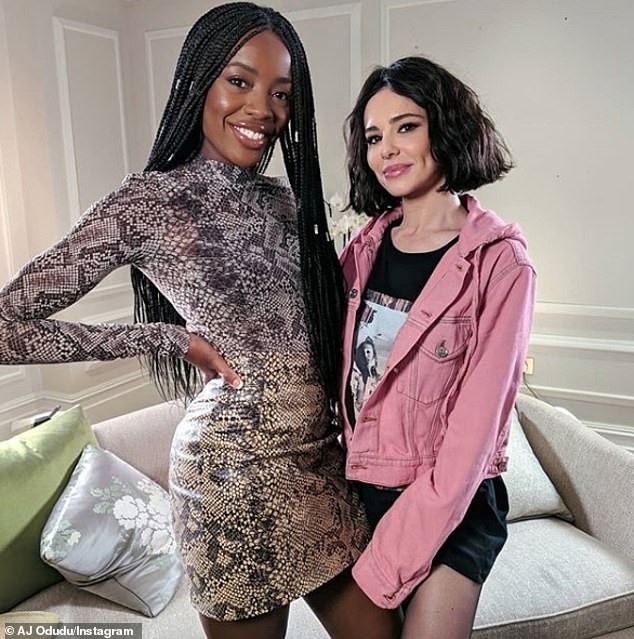 Cute: AJ Odudu, who interviewed Cheryl,  posted this picture of herself with Cheryl who was wearing a pink denim jacket underneath the neon yellow one

She also sings: ‘Should have used my head, coz my heart really blew it. Love made me do it, it wasn’t my fault and I’d do it again.

‘All my friends are like whoa, go, stop. Coz they’re the ones who pick the pieces up. It’s bad for my health, but I just can’t help myself.’

Cheryl’s new single release marked her returning to music following a four-year hiatus and she first released a teaser of her new video on Tuesday, and another a day later.

The beauty shared a non-lyric based clip to Instagram, simply writing: ‘#LoveMadeMeDoIt, alongside a heart emoji, including the release date, 09.11.2018.’ 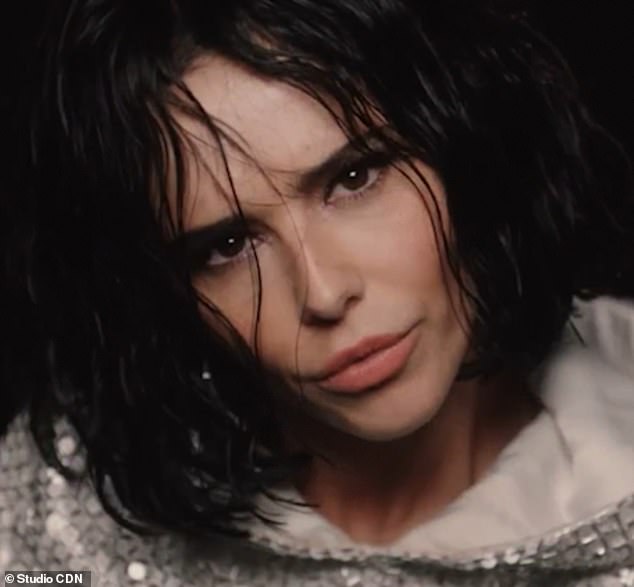 Life-changing: Cheryl added in the interview that she’d happily talk about her son all the time, as she gushed that becoming a mother has made her more confident and self-reliant