An obese couple have lost a combined 13 stone together – so much so that their children’s teachers have questioned their identity.

Caroline and Ben Marshall, both 38, from Cheshire, ditched their takeaway habit last year and have halved their bulging waistlines.

Their weight loss has been so dramatic that one teacher at their children’s school asked Caroline if their son had a ‘new daddy,’ as he looked completely different without his XXXL frame.

Pictured from left to right: Caroline, 38, Imogen, 10, Jacob six and Ben 38 during a family day out before their dramatic weight loss

The pair are praising Cambridge Weight Plan for their weight loss and now eat a healthy balanced diet.

Both Ben and Caroline, from Northwich, have hit their goal weight and are also exercising to maintain their new figures.

Caroline said: ‘Ben’s clothes were all XXXL before he started losing weight. I was size 20, so it’s no surprise that we’ve confused a few people who haven’t seen us for a while at the school gates.

‘I’ll show other parents and teachers our before weight loss photos and no one can believe it’s us.

‘We look like half the people we used to be and Ben’s weight dropped off him so drastically that one teacher thought I’d got myself a new man.’ 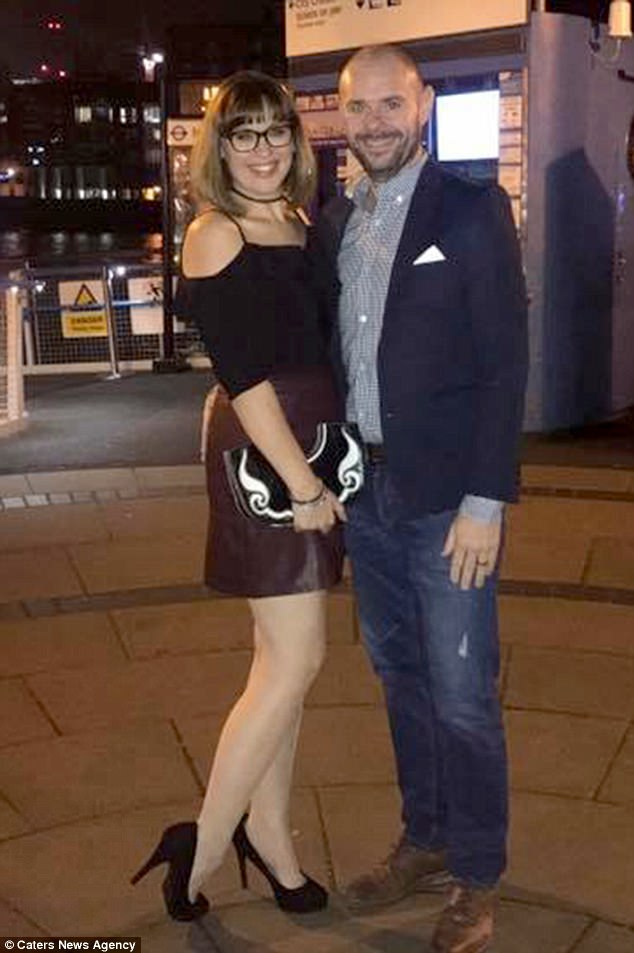 ‘I was quick to assure her that I hadn’t and even showed her pictures of our transformations as evidence.

‘My own sister, Julia Hughes, didn’t recognise me one night when I was walking our dog, Fudgie. Not only do we look like new people but we feel like it too, it’s amazing how much energy we both now have.’

Ben has lost so much weight that his old XXXL trousers now fit him, Imogen and Jacob inside. 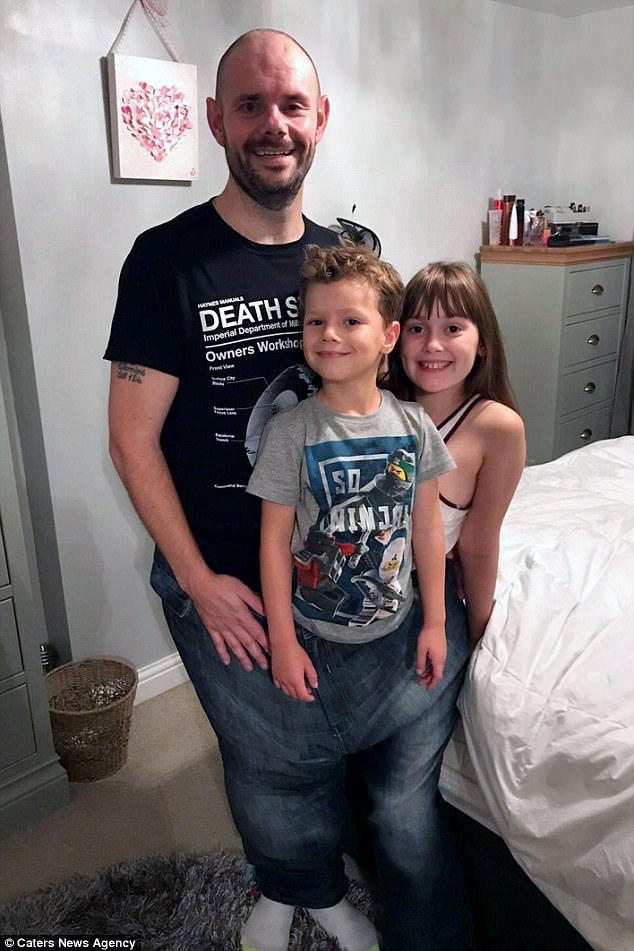 Ben has lost such a vast amount of weight that he can fit in his old XXXL trousers with his children Imogen, 10 and Jacob, six inside

Caroline said: ‘He’d kept a pair of his jeans and while I was out running he decided to get the kids to see if they could fit in them at the same time.

‘I came home and I could hear them all laughing upstairs, there’s never a dull moment in our house.

Ben and Caroline were addicted to eating takeaways and enjoying sugary snacks but this all changed last September.

Caroline said: ‘I’d always been overweight but after meeting Ben in 2008, we both got even bigger.

‘I was a bit of a feeder and Ben gained a further four stone while we were together.

‘I was a size 20 but after starting Cambridge in September last year, I’m now a size 10 and Ben is a size medium.’

The couple, have recently won the ‘In It Together’ category at Cambridge Weight Plan’s annual awards ceremony.

Caroline said: ‘It has been a crazy year and looking back, we can’t believe how big we’d allowed ourselves to become.

‘Ben would eat a bacon bap and two hash browns every morning for breakfast and over two litres of fizzy drinks.

‘But that all changed when he started his diet and now he goes running up to five times per week. 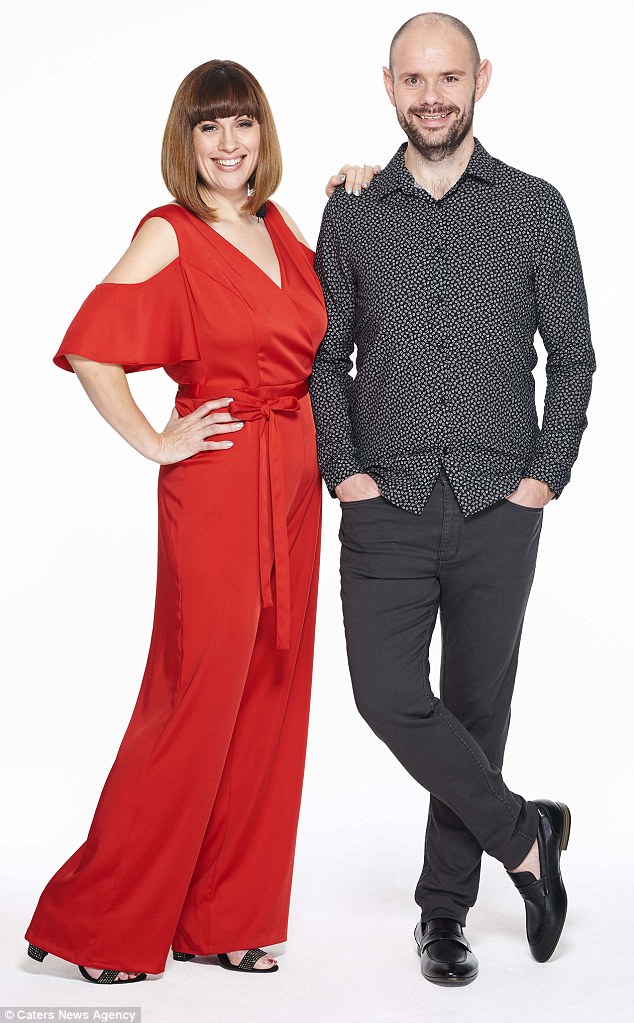 The couple, have recently won the ‘In It Together’ category at Cambridge Weight Plan’s annual awards ceremony

‘After losing 13 stone combined, Ben and I have so much more energy and would advise anyone to join Cambridge Weight Plan, it has changed our lives.

‘We’ve tried so many different diets over the years but this one has given us a great insight into calories and what our daily intake should entail and has completely altered the way we think about food.’

Ben has kept a pair of his XXXL trousers as a keepsake to remind him of how large he once was.

He said: ‘The kids are amazed by how big both me and their mum, Caroline, used to be.

‘Me, Imogen and Jacob had great fun climbing into my trousers a few weeks ago but Caroline had to rescue us after her run as we’d all got stuck.

‘Looking back it’s crazy how big I used to be, we find it so funny when people don’t recognise us.

‘I feel so much healthier and when I carry the kids around it’s hard to believe I was carrying an extra 8st 7lbs every day in excess weight.’