Cheshire football fan, 20, took his own life just hours after telling a therapist he felt suicidal

Sam Spooner, 20, took his own life in August 2018. An inquest into his death heard that he had been battling depression following the death of his father when he was just 15

A football fan took his own life just hours after telling a therapist he’d attempted suicide.

Sam Spooner, 20, told his counsellor he had tried to take his own life but he was not taken to hospital because he reassured her and his mother that he planned to play football with friends.

The inquest heard that counsellor Carla Cowling was reluctant to let him leave the office, and even wrote a letter to his GP expressing her concerns.

A day later, he was found unconscious in his bedroom by his stepfather at home in the village of Wistaton, Cheshire. He died later in hospital.

Coroner Peter Sigee slammed the ‘failure to intervene’ and said there were ‘missed opportunities’ to help Mr Spooner.

His mother, Jude Rouse, said in a statement: ‘I’ve never got over his untimely death. I want to express my feelings of helplessness that there is not enough help for the parents or carers.

‘I wanted help when Sam was alive and struggling. I keep thinking of those words that he had fire in his belly and he still found enjoyment from football. It was almost like his last farewell.

‘The biggest feeling I have is that I let him.’

An inquest in Crewe heard that Mr Spooner, who was described by his family as an ‘entertainer’, had been battling depression following the death of his father when he was just 15.

He was given an inheritance and spent it on a new car but he ‘did not feel the need’ to work and struggled to hold down jobs after doing his A Levels at a local high school.

Mrs Rouse, said: ‘Sam’s friends had gone up to university and he felt he was missing out on a lot of the fun they were having like he had under-achieved and felt inadequate.’ 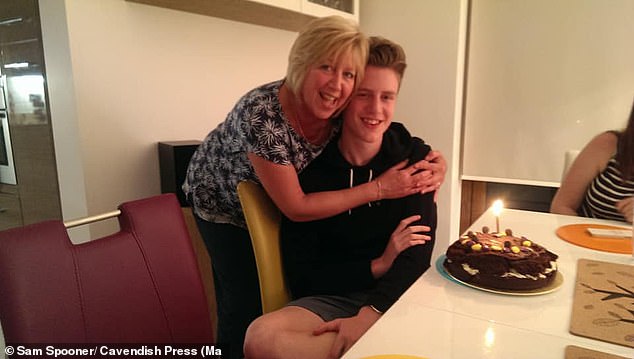 His mother Jude Rouse, pictured together, said he felt ‘inadequate’ and that he had ‘under achieved’ by not going to university 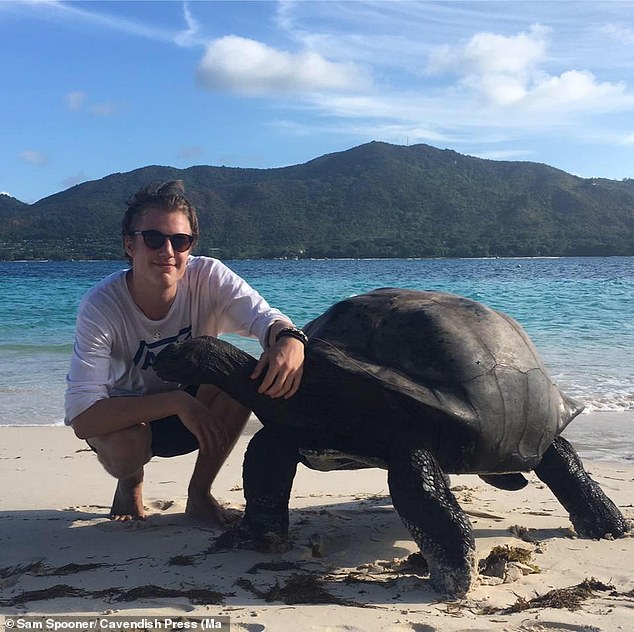 She said: ‘I want to express my feelings of helplessness that there is not enough help for the parents or carers. I wanted help when Sam was alive and struggling’

She added: ‘He did have some appointments with local mental health services but he described them as being rubbish.

‘He managed to secure an apprenticeship but that did not last long and he became too depressed to work having no routine and lay in bed till the middle of the afternoon.’

Mr Spooner took his own life on August 31, 2018, while his mother was in London. He had been invited on the trip but turned it down due to a dentist appointment.

Mrs Rouse said that her son ‘appeared to be really happy’ just two days earlier when he got a job working in a local supermarket bakery.

While in London, counsellor Carla Cowling called to say she was reluctant to let him leave her office because he felt actively suicidal.

Mrs Rouse then spoke to her son, who said he ‘felt the same as he always did’ and that he was going to play football with some friends.

She said in a statement: ‘The counsellor had described Sam as having fire in his belly and generally thinking she could help him. He hadn’t completely given up which gave me hope.’

Mrs Rouse spoke to him on the phone the following day, telling him ‘you won’t do anything will you it would kill me, I love you so much’.

Later that day, he took his own life.

Mr Spooner’s stepfather David Rouse said he was ‘funny, good-looking, had a good car, had a blessed life’.

The inquest heard Mr Spooner had been on anti-depressants for around 18 months.

Ms Cowling said that after her second session with Mr Spooner, she wrote a letter to his GP because she was concerned for his safety. 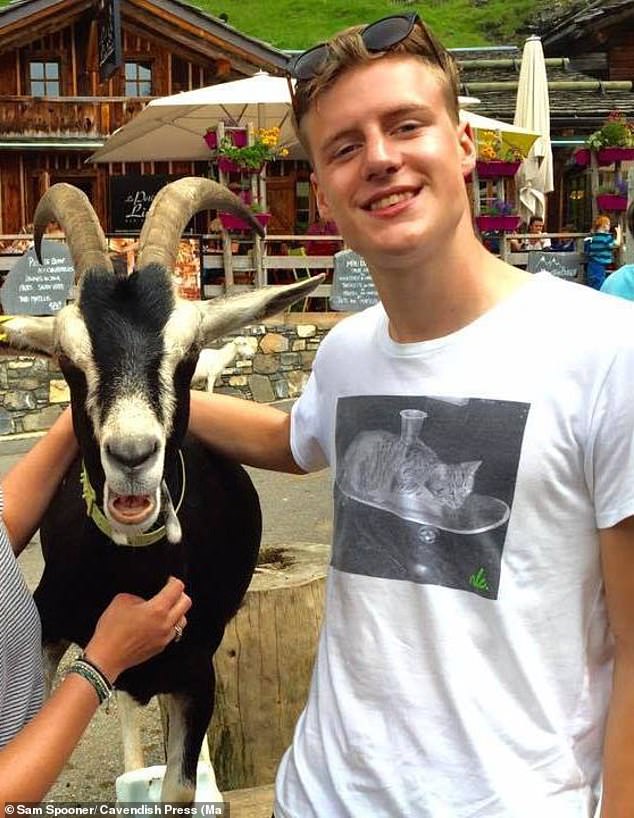 Coroner Peter Sigee said there was a ‘failure to intervene’ after telling his counsellor he had attempted suicide, and that there were ‘missed opportunities’ to help him

She added: ‘At the point I had spoken to his parents, I didn’t want him to leave but they were OK for him to leave and his mum was aware of who he was meeting up with. I did feel that I needed to write a letter to his GP as I didn’t feel comfortable.’

‘If he had attended a hospital I don’t know whether he would have been admitted as a patient.

‘Mr Spooner’s family and GP were informed of this conversation but no adequate provisions were put in place for Mr Spooners safety and the emergency services were not contacted directly.

‘There were missed opportunities to provide additional care and support to Mr Spooner.’