By Abi Moustafa and Chloe Lee-longhetti For Daily Mail Australia

It’s been 18 years since Yvonne Tozzi overcame her battle with bowel cancer.

To celebrate, her model and actress daughters Cheyenne and Tahyna have teamed up with their mum to front the Jodi Lee Foundation’s Trust Your Gut campaign.

In the black-and-white pictures, the stunning Australian girls are beaming from ear to ear as they stand alongside their mother.

Worthy cause: Aussie models Cheyenne and Tahyna Tozzi pose with their mum Yvonne to front Jodi Lee Foundation’s Trust Your Gut campaign as the family celebrate 18 years since she overcame her battle with bowel cancer

Yvonne, who was diagnosed with the disease in 2003 at just 42, credits early detection for her ability to overcome the illness, which is the biggest killer of Aussie females aged between 25-34.

‘I was 42 and a mother to two young girls when I was diagnosed with bowel cancer. I just couldn’t believe it had happened to me, thankfully I caught it early enough and was able to make a full recovery,’ Yvonne said in a statement.

‘I want to raise awareness for both women and men of any age group to be aware of the symptoms and speak with their doctor early. We can save lives.’

Former Australia’s Next Top Model judge Cheyenne revealed that her life flashed before her eyes when she found out about her mother’s diagnosis.

‘It was heartbreaking because it’s our “Mummy”. You never believe it will come into your world but it does and can,’ Cheyenne, 31, said.

‘Sticking together and fighting it was all we could do. Mum is amazing and well and we love her more than anything.’

‘I believe we all get scared to do checkups and always fear the worst, but it’s best to catch anything sooner rather than later.’

‘It’s important for people to be aware that bowel cancer can affect anyone at any age, it’s not just an old person’s disease. If something doesn’t seem right, please visit your GP,’ the 35-year-old said.

In 2016, Yvonne revealed her daughters relied on their friends during the early stages of her diagnosis.

She noted Cheyenne and Tahyna, who grew up alongside Lara Worthington in Sydney’s Sutherland Shire, found comfort in their pal at the time.

Yvonne previously told The Daily Edition: ‘The kids went through it together and supported each other through it.’

‘It is one of those things…no one is immune to this disease,’ she said.

She had explained how she and Lara’s mother Sharon Bingle – who was also appearing on the show to raise awareness of the disease – became close and so did the girls.

The personality said the families were ‘brought together’ when Sharon’s father died from bowel cancer, Sharon’s husband was diagnosed and when Yvonne herself was diagnosed.

Sharon also said during the chat that the girls had known each other since they were about 12 years old and were still ‘close.’ 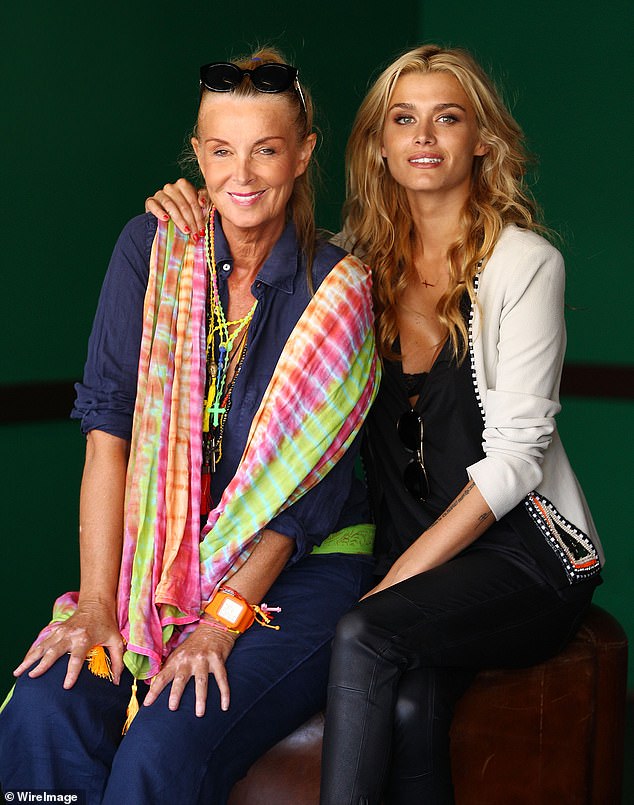 Tough times: ‘It was heartbreaking because it’s our “Mummy”. You never believe it will come into your world but it does and can,’ Cheyenne said