The co-owner of an independent bookstore in Chicago has shared her frustration online after a customer decided to return $800 worth of books that they bought to adorn their home for the holidays.

Rebecca George, who runs Volumes Bookcafe, took to Twitter to express her frustration after a customer decided to treat her shop more like a library and brought back all of the pricey art and cookery books they had purchased one month earlier.

The buyer only used the books temporarily as props and decorations in their home for the holidays for when they had friends and family over.

George’s post saw her express her disappointment and urged customers not to behave in such a manner, particularly when small businesses are involved.

Independent Chicago bookseller, Rebecca George, 42, vented their frustration after a customer returned a purchase of art and cookbooks worth $800

Rebecca George’s tweet has been viewed millions of times

‘Turns out one of our biggest sales last month was for the person to stage their home for the holidays, and now they want to return them all. Please don’t do this to a small business, people.’ George tweeted.

The tweet has since gone viral with almost 7 million views.

George also noted how the sale amounted to almost one third of her store’s monthly rent.

‘Wow, this person came in and bought up all these art books! What a great day,’ George said she thought at the time of the bumper sale. ‘We needed it right then.’ 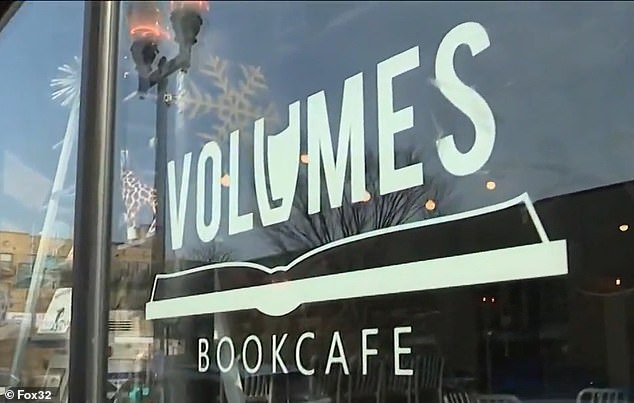 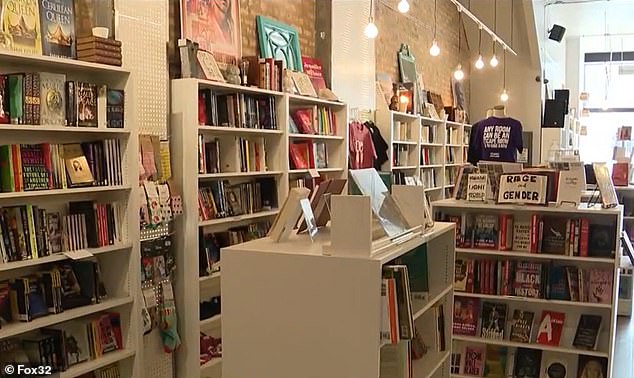 Turns out, the buyer had bought the books in December only to use them as temporary decorations and props for the holidays – then returned them once they were over 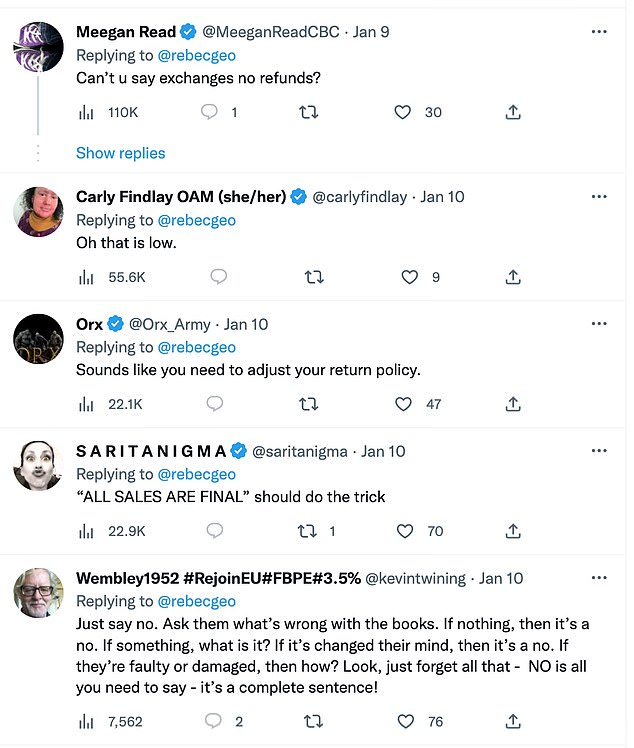 It saw many users expressing their support for the bookstore and suggesting ways to prevent similar occurrences in the future – namely a change in their return policy such as adding a restocking fee to minimize the inconvenience of customer returns.

Due to the pandemic, last fall was tough for the bookstore and they were grateful for 25 members of the local community who kicked in with loans to help them buy a new location which opened last September

George also pointed out how book returns were extremely rare and accounted for about 1 percent of all transactions, usually because someone has a duplicate.

Some well-wishers asked where they could make online purchases or send donations to support the bookstore. 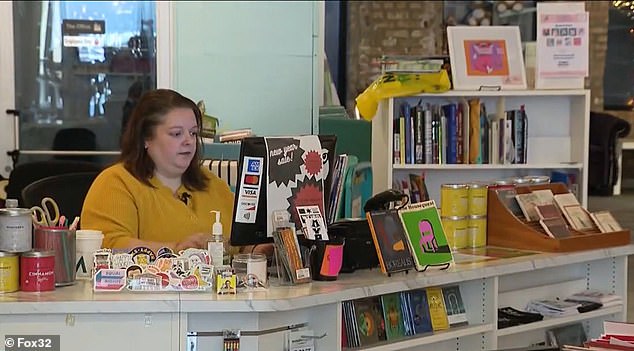 Independent bookstores often have small profit margins and face competition from larger retail locations, making each decision and purchase crucial for their survival.

‘Even after opening, we were still paying electricians and plumbers and all the things to open, on top of now paying for a mortgage,’ George added. ‘The fall was tough. We knew we just needed to get through the holidays, and then we’d feel more secure.’

Other bookstore workers even chimed in, acknowledging the struggles that small business owners face.

George, 42, later took to Twitter to thank the people who have been supportive of her bookstore and confirmed that the returned purchase amounted to $800 which was one third of the month’s rent for the store.

She confirmed the bookstore has since been receiving a lot of orders from all over the US as a result of her tweet.

Ultimately, the customer decided to return their haul just days after the 30-day return policy had passed and the customer agreed to accept a store credit. 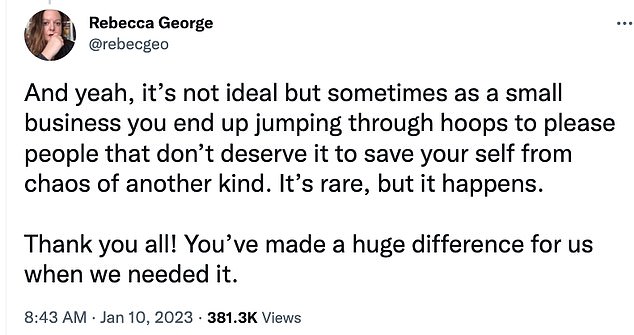 George, 42, later took to Twitter to thank the people who have been supportive of her store