Chicago has become the latest city to enter a level of ‘high’ Covid alert according to CDC guidelines, but officials in the Windy City are choosing not to re-instate a mask mandate, and instead just make a recommendation to use face coverings, amid rising case figures but limited deaths.

The change, announced Thursday night, has affected Cook County – which includes Chicago – and others in the surrounding area, the state Department of Health announced this week. It comes just before Memorial Day weekend, one of the most important times of the year for the city’s tourism industry with over a million expected to arrive during the holiday.

While usually such a move would trigger the reimplementation of a mask mandate, officials will hold off this time as the mortality from the virus has largely fallen in recent months. The city is averaging 1,081 infections per day, but only around 0.1 deaths in the city of 2.7 million.

It follows a nationwide trend of death figures remaining low despite rising cases, as the actual risk people face from Covid every day falls due to the effectiveness of the vaccines, widespread availability of therapeutics and the more mild nature of the Omicron variant when compared to other strains. 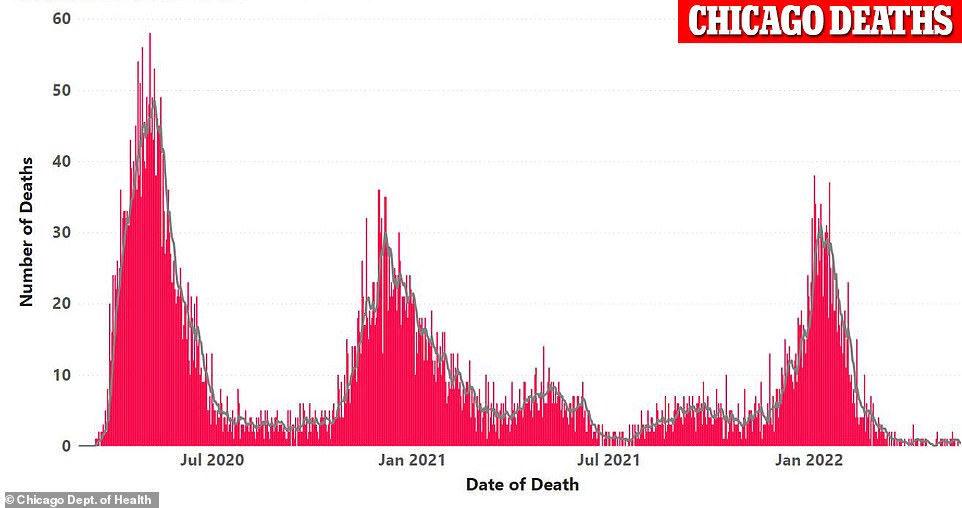 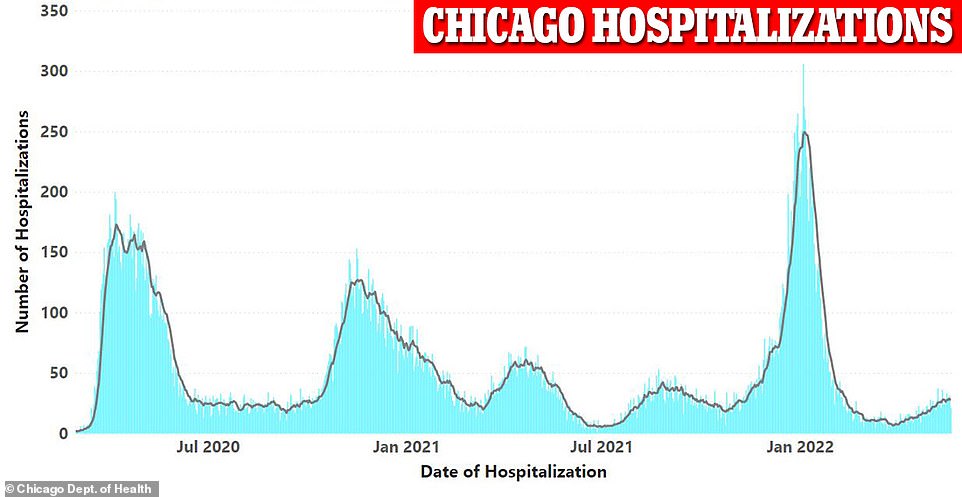 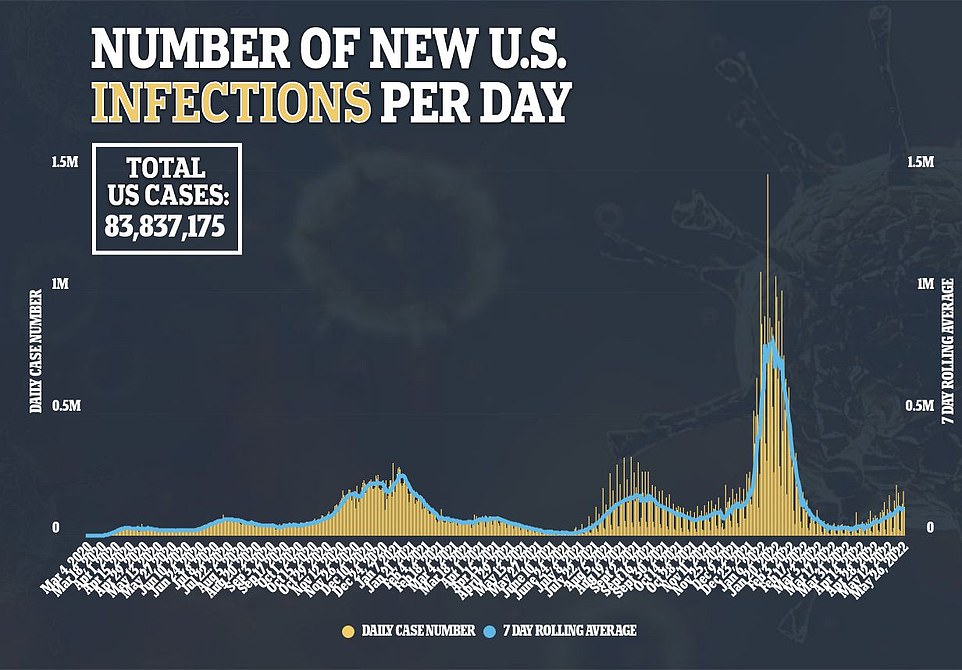 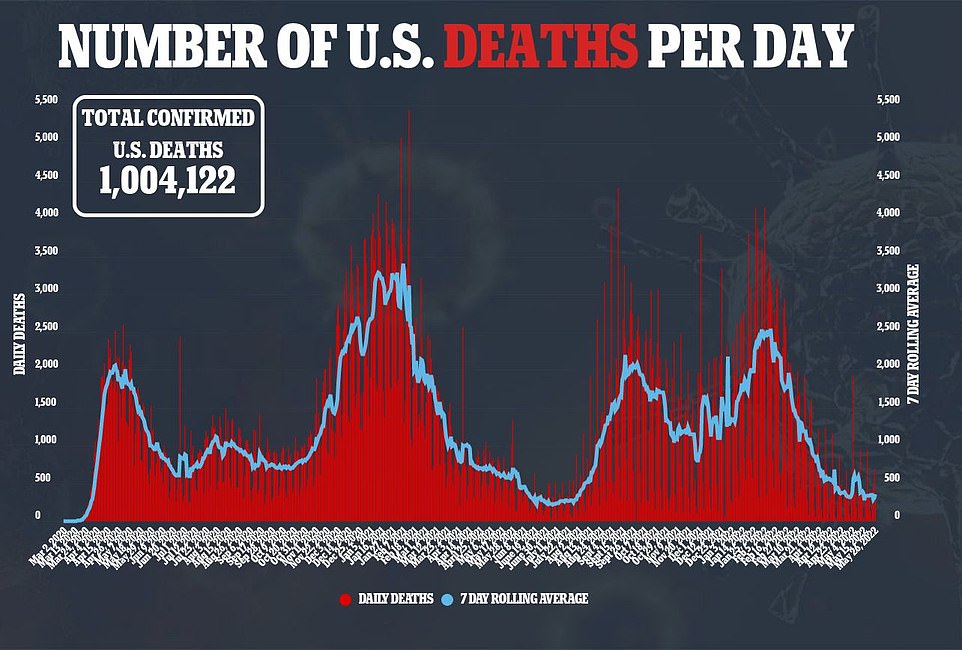 As a whole, the U.S. averages 109,237 cases per day and 356 deaths, both figures growing six percent over the past week.

While a mask mandate is not on the way, experts are giving other recommendations as to how residents and visitors can stay safe during this busy weekend.

‘One of the easiest things we can do to ease the risk of COVID is most things outside, or have a celebration outside,’ Dr Allison Arwady, the city’s public health commissioner said, reports NBC Chicago.

‘For me, that takes my concern way down and I know as folks are gathering for Memorial Day, if you can do that, especially for somebody who’s higher risk, I strongly recommend that.’

Windy city officials are taking lead from the New York City, which also entered a level of ‘high’ Covid transmission earlier this month, but chose not to abide by Centers for Disease Control and Prevention (CDC) guidelines by reinstating a mask mandate.

Early last week, the Big Apple also crossed the threshold of hospitalizations and case figures that place it in the ‘high’ risk category.

Mayor Eric Adams was reportedly pushed by health officials to reinstate mask orders as a result, but chose not to.

‘I’m proud of what we are doing and how we are not allowing Covid to outsmart us,’ he said, reported the New York Daily News.

‘We’re staying prepared and not panicking. When I look at the hospitalizations and deaths, the numbers are stable.’ 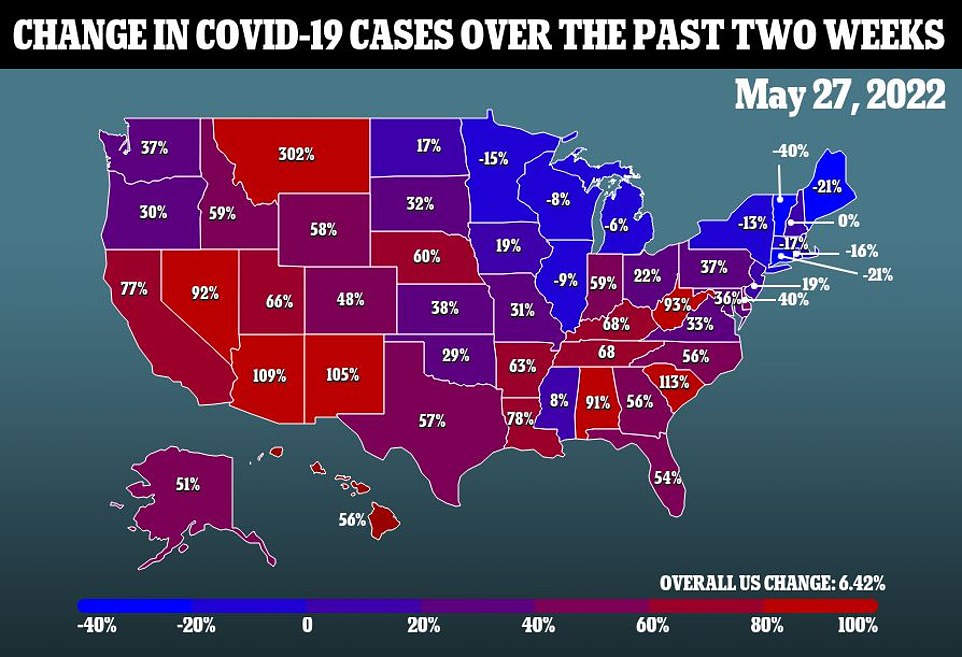 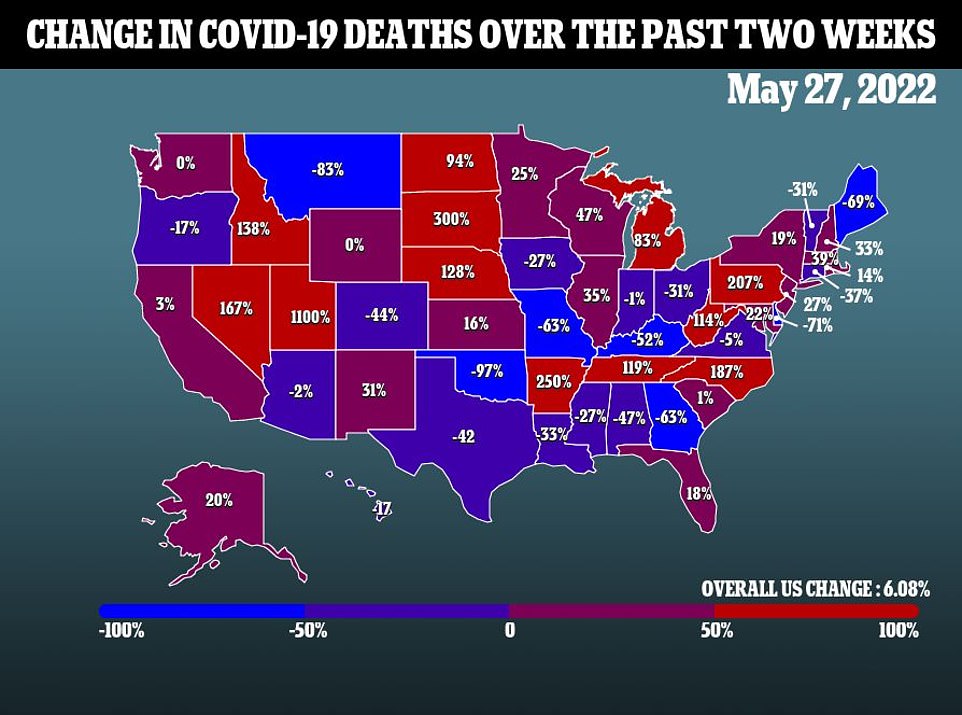 Officials feeling more comfortable living alongside Covid, and not reacting in fear to swings in cases, is a trend that seems to be coming from the top.

Dr Ashish Jha, the newly named White House Covid response coordinator, said this week that Covid is not anywhere near as dangerous now as it was just a short time ago.

‘What has been remarkable in the latest increase in infections we’re seeing is how steady serious illness and particularly deaths are eight weeks into this,’ Jha told the AP.

‘Covid is no longer the killer that it was even a year ago.’

Between the therapeutics, the widely available COVID-19 vaccines and booster shots, and the more-mild nature of the Omicron variant, Jha says that deaths from the virus are now preventable.

‘We are now at a point where I believe fundamentally most COVID deaths are preventable, that the deaths that are happening out there are mostly unnecessary, and there are a lot of tools we have now to make sure people do not die of this disease,’ he said.

Not all blue cities agree, though. In Philadelphia, officials reinstated school mask orders this week amid rising cases.

‘To help protect everyone’s health and well-being as COVID-19 case counts continue to rise in the Philadelphia area, the Philadelphia Department of Public Health (PDPH) has recommended that we resume universal mask wearing,’ Dr William Hite, the city’s school superintendent, said in a statement.

The move came weeks after the city decided to bizarrely institute an indoor mask mandate in late April, before lifting the orders only four days later. 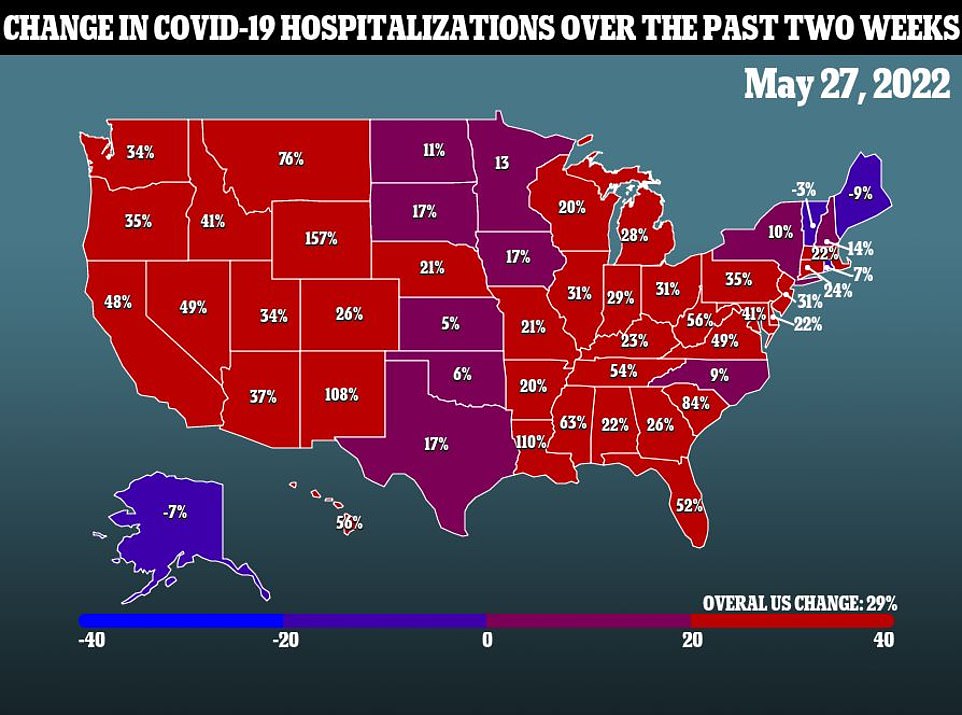 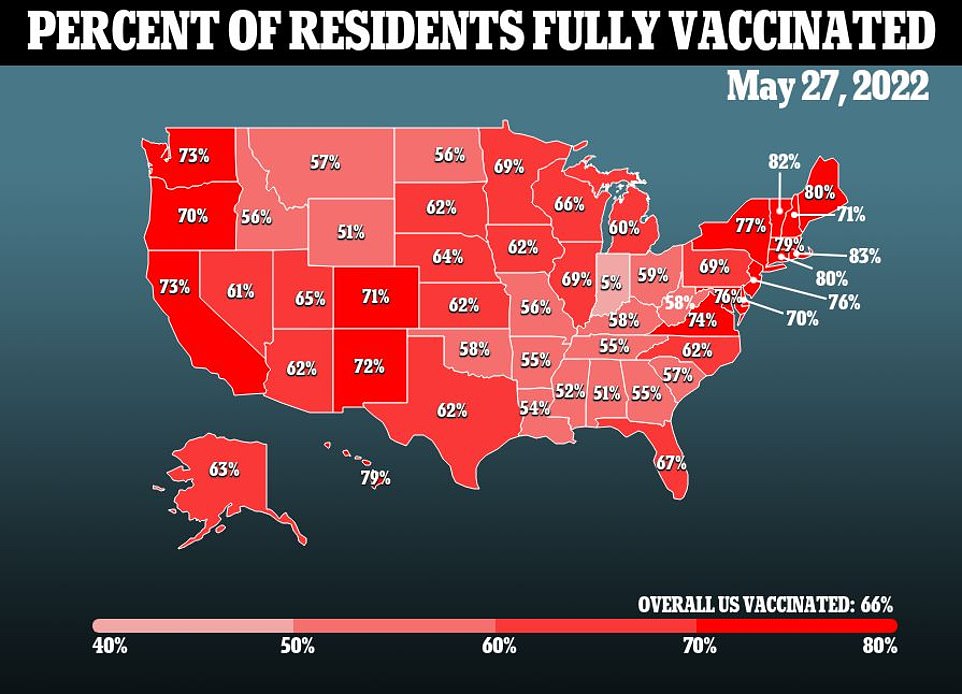