Chicago mayor puts liquor curfew in place after spike in gun violence as boy, 15, becomes the NINTH person killed in the city in 48 hours

Chicago Mayor Lori Lightfoot has placed a 9pm curfew on liquor sales in the city following a spike in gun violence on Tuesday that left seven people dead,

Lightfoot gave the order on Wednesday, the same day  a 15-year-old boy was killed and seven others injured within an hour.

She said the directive will go into effect beginning Thursday night and remain in place during Illinois Governor JB Pritzker’s stay-at-home order.

According to a statement from the  Office of the Mayor, the new directive ‘will help prevent congregate activity that has been observed across the city near stores that sell alcohol, particularly during evening hours’. 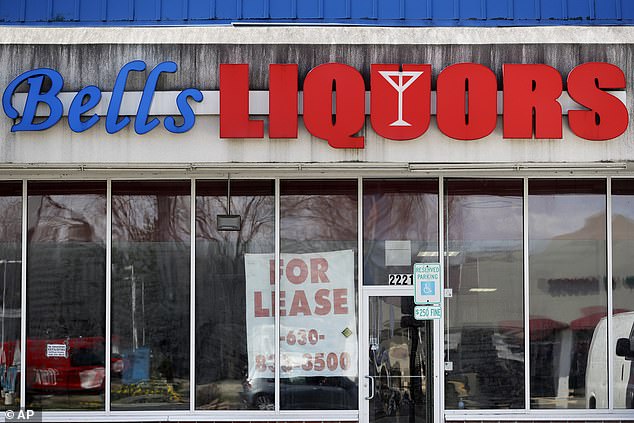 Any store owners violating the curfew could be penalized with a $500 fine, arrest and revocation of liquor and other licenses

Any store owners violating the curfew could be penalized with a $500 fine, arrest and revocation of liquor and other licenses.

Lightfoot said that the gun violence in the city has been affecting efforts to reduce the spread of the coronavirus.

‘These actions place additional and unnecessary burden on our hospitals and ICU units,’ she said.

The order comes amid a spate of gun violence that has hit the city within the last 48 hours.

On Tuesday, seven people were killed and 14 others were injured. One man was killed Tuesday evening in a shooting that left a five-year-old girl and two other people wounded in Gresham. 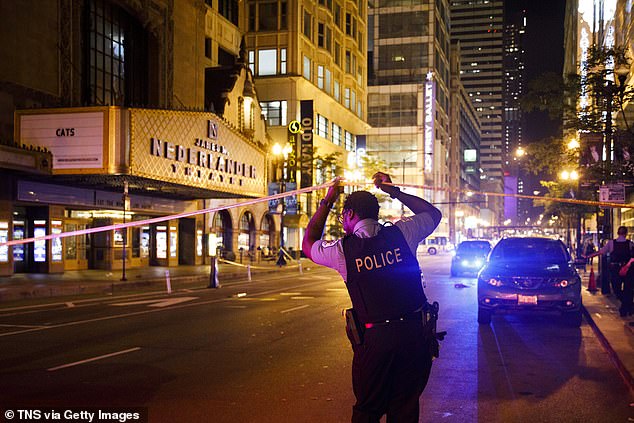 In another incident, a woman was shot and killed in Logan Square on the Northwest Side.

On Wednesday afternoon, eight people were shot and two of those individuals died from their wounds.

According to WGN-TV, the first shooting took place around 2.37pm when a 20-year-old woman was accidentally shot in a home by a male. She was rushed to a local hospital and is in good condition.

At 3.22pm, a 16-year-old boy was shot in the calf and taken to the hospital in good condition, according to the station.

Just two minutes later, the first of two deaths occurred when a 26-year-old man was killed and a 26-year-old woman was hospitalized in critical condition after being shot inside a vehicle.

And at 3.35pm, the 15-year-old boy became the ninth fatality within 48 hours after he was shot in the abdomen and right leg.