Chicago police are investigating allegations that a now-retired sergeant forced a transgender woman to perform a sex act inside his marked police vehicle while he was on duty.

The alleged incident took place back in March. The 39-year-old African-american transgender woman then went to a hospital to report the sexual assault and turned in what she described as DNA evidence from the officer.

She claimed the on-duty cop threatened to arrest her is she failed to comply with his demands.

Chicago Tribune, which broke the story, is reporting that the details of the investigation are included in documents the paper obtained.

Department spokesman Anthony Guglielmi says that after an internal investigation the sergeant was stripped of his police powers in early April and that he has since retired.

Police have not identified the now-retired sergeant because he has not been charged in connection to the suspect assault.

On March 5, the transgender woman was walking in the area of Fifth and Cicero avenues, where prostitution is common, when the sergeant pulled over in his marked police vehicle and asked her what she was doing there.

The woman told him she was going home. The 39-year-old was accompanied by a man, whom she described as her ‘boyfriend’ and said he was acting as her security at the time.

The sergeant, who is white, allegedly told the black transgender woman that unless she wanted to end up in jail, she would perform a sex act on him because ‘that’s what you do,’ she later told detectives.

The sergeant then allegedly ordered the woman to get in his car and drove to an alley, where he proceeded to expose himself and directed her to perform a sex act.

She said she did as she was told out of fear.

Shortly before midnight that day, the woman went to Rush University Medical Center, where she handed over DNA evidence she said she had secretly preserved implicating the sergeant. 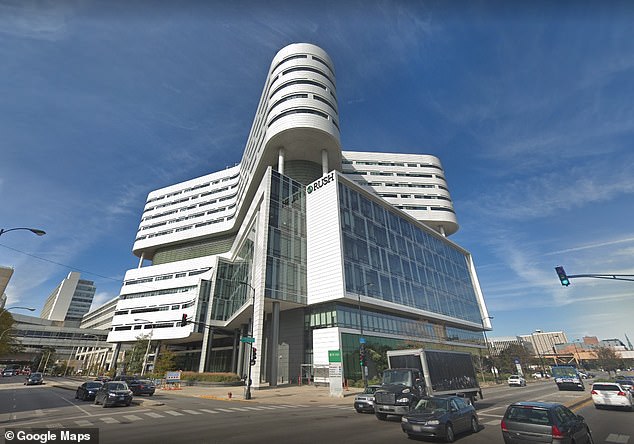 The alleged victim, however, left the hospital without getting a rape kit done on the advice of a friend who was weary of police.

She did not follow up on her report for fear of retaliation, she said.

The transgender woman came forward with her story three weeks later, after she was picked up by cops on a shoplifting charge.

Records obtained by the Tribune indicate that in 1997, the same sergeant was on the brink of getting fired after an Internal Affairs investigation found that he and a partner threatened to plant drugs on a felon unless he turned over an illegal gun.

The Cook County state’s attorney’s office declined to pursue criminal charges against the cops, but the sergeant was ultimately slapped with a 30-day suspension.