‘The word “cancer” came as a shock… I embrace the fight’: Chicago White Sox pitcher Liam Hendriks, 33, announces he has Non-Hodgkin’s Lymphoma and begins treatment on Monday

By Jack Bezants For The Daily Mail

The 33-year-old Australian made the announcement in a statement on Sunday night and begins treatment on Monday.

Hendriks said: ‘As a professional athlete, I have always been mindful to try and use my position in the public eye to the most positive ends possible by shining a light on causes or issues that touch close to home for myself, my wife, and my family.

‘It is in that spirit that I want to share some personal health news I have learned in the past few days, and do so on my own terms. 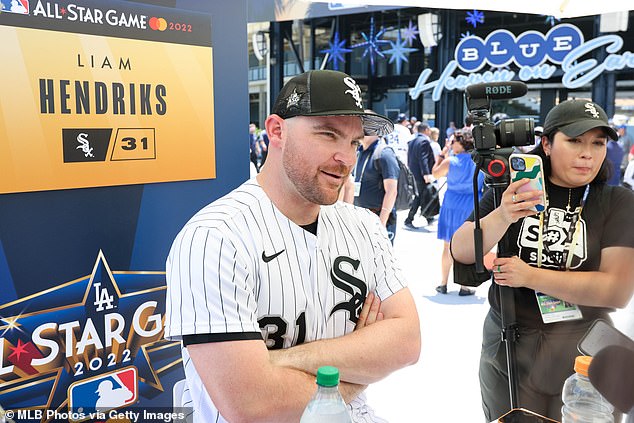 ‘Recently I was diagnosed with Non-Hodgkin’s Lymphoma. Hearing the word ‘Cancer’ came as a shock to my wife and I, as it does to millions of families each year.

‘However, I am resolved to embrace the fight and overcome this new challenge with the same determination I have used when facing other obstacles in my life.

‘My treatment begins tomorrow (Monday), and I am confident that I will make a full recovery and be back on the mound as soon as possible.

‘I know with the support of my wife, my family, my teammates and the Chicago White Sox organization, along with the treatment and care from my doctors, I will get through this.’

The five-year survival rate for Non-Hodgkin´s lymphoma is 73.8%, according to the National Cancer Institute. Some forms are aggressive while others are slow growing.

Back in November, Hendriks shared a picture with his wife Kristi celebrating nine years together. 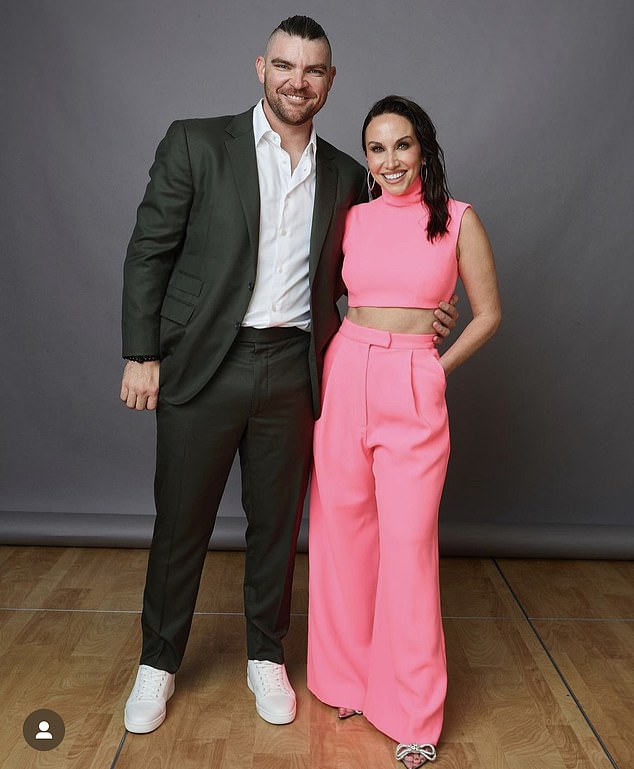 Hendriks pictured alongside his wife Kristi, who he mentioned in his emotional statement

White Sox senior vice president and general manager Rick Hahn said: ‘Our thoughts and reactions at this time are for Liam the person, not Liam the baseball player.

‘I know the entire Chicago White Sox organization, our staff, his teammates, and certainly White Sox fans, will rally in support of Liam and Kristi during the coming months.

‘Knowing everyone involved, especially Liam, we are optimistic he will pitch again for the White Sox as soon as viable.

‘In the meantime, we all will do everything in our power to support our teammate and his family as they face this challenge, while also respecting their privacy.

‘We do not expect to have any updates on Liam’s playing status prior to Opening Day at the very earliest.’

Hendriks joined the White Sox in 2021 and before that, played for Oakland Athletics, Toronto Blue Jays, Kansas City Royals and the Minnesota Twins.

Hendriks was third in the majors with 37 saves and made his third All-Star team last season. He led the American League with a career-high 38 saves in 2021, after leaving Oakland to sign a $54 million, three-year contract with the White Sox.

Hendriks has 115 saves and a 3.81 ERA over 12 seasons with Minnesota, Toronto, Kansas City, Oakland and Chicago.